An Interview with Paolo Giordano

The novelist’s latest work, Like Family, is short, intense, and bittersweet 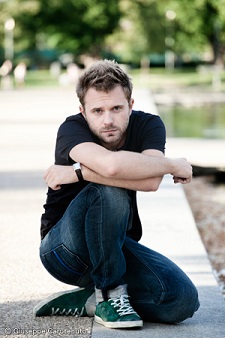 Author of The Human Body and the international bestseller The Solitude of Prime Numbers, Paolo Giordano, in his new novel, Like Family, tells the story of Signora A., who moves in with a family and creates a lasting effect. She brings with her the paradigms of her day and time, and the rigidity and balance of her old-style marriage into the household of a young husband and wife. The temporary merger is unique and, unfortunately, short-lived.


What influence does being a physicist have on your fiction writing? Is there a kind of balance that is always necessary?

As a matter of fact, I'm not a physicist anymore. I quit my job at university in 2010. The scientific background remains, though. I think it deeply affected my way of looking at things, and thus, my writing. A certain attention to small details, to small phenomena happening around me. And the fracture between science and other possible attitudes towards reality is always at the core of what I write, especially in this last novel, Like Family. I seem to be divided between a strictly rational vision and a more free, irrational one. The two are incarnated here by the narrator and by his wife, respectively.

I read this book and felt like a spy looking in surreptitiously on the life of Mrs. A. This book didn’t feel as if it was for the reader. How did it come about?

As stated somewhere at the beginning of the book, there really was a Mrs. A. in my life, a person who was very close to me for several years. I started taking notes on her personal story when she got sick, and went on for about a year. I looked at those notes only one year after Mrs. A.'s death and realized there was a whole story there. But I think the whole idea came from a very personal need. The need to acknowledge the existence of this person who was "like family" to me. And the need to come to terms with issues as big as cancer and death that were affecting my life so strongly and closely for the first time. I felt it was a key moment in my growth.

Why did you write Like Family as a novel when it is based on truth? Couldn’t it have been a nonfiction ode to Mrs. A.?

The part about the family of the narrator is mostly fictional. And there is fictionalization everywhere in the book. I was missing a lot of details about Mrs. A.'s life and had to figure them out. Also, the actual truth was probably less interesting than this, as it is often the case with books. The idea of the "ode" is there, but as far as I'm concerned, the best odes are those where the writer "dreams" about the person he's writing about, rather than just giving a chronicle about him or her.

In the chapter entitled “Winter,” you describe the husband and wife continually trading roles to the point that one could no longer tell who was responsible for what. Seems like a whole story could come out of that one sentence. Are relationships easier in life and in fiction if each character remains in the originally assigned role?

They may be easier in life (and less interesting in fiction) if everyone stuck to his or her pre-assigned role. But that's not what our modern lives are about, and luckily, I should add. Through the characters of the book, I tried to confess a guilty longing that one can sometimes experience when he/she feels that the actual world is asking too much from him/her. A longing for a time when things were more rigid and apparently straightforward. That's what the young couple sometimes seeks in the character of Mrs. A.: a simpler world, a simpler solution to complex dynamics, even if they don't really believe in it.

But then you mention that the undifferentiated responsibilities makes us feel “constantly inadequate no matter what.” Is this true whether we mate ourselves to someone or not? Is it part of the responsibility of being human?

I think a lot is asked from each of us since we are very young — since we are kids, actually. We need to be adequate in so many ways that we cannot even list them. Even when we're alone, yes. But this becomes trickier when there is somebody beside us. And extremely trickier when kids are involved. Not always easy to comply with all that.

I knew love was weightless, but it’s also invisible unless there is someone to witness, validate, and acknowledge it. Does it mean that one of the more seemingly powerful loves, unrequited love, barely exists at all?

Interesting. I hadn't thought about it. Unrequited love is a totally different business, I guess. It imposes itself, it gets down to your bones, pain makes it evident, no question it is there. But love "in action," in a long-lasting relationship or in a marriage, requires other sources of strength, I think. Encouragement and, yes, someone to testify. Doubts can be overwhelming with the passing of time.

Nora, the wife in the story, says that, “Everything that’s romantic is pathetic.” Do you think this is truer when one is in the throes of romance or at a distance?

I think "romantic" and "pathetic" can be amazing when one is in the throes of romance. Even "silly" and "sentimental" are okay. Letting oneself go. But when we're out of it, most of our time, then, we need to build some defense against it all, against the envy that we feel.