An Interview with Mikita Brottman

The Baltimore writer talks investigative reporting, a mysterious death, and the benefit of blending into the crowd. 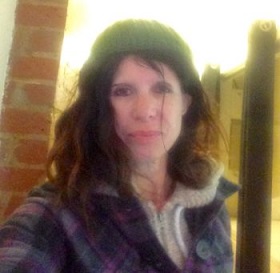 A missing-person photo, a former hotel in Baltimore, and the mysterious death of a man who didn’t seem to have any enemies or motives for suicide are the intriguing elements of Mikita Brottman’s new book, An Unexplained Death: The True Story of a Body at the Belvedere.

The story relates Brottman’s experience as she comes across the poster that catches her eye: that of a missing man named Rey Rivera, last seen in May of 2006. From the moment she stopped to look at Rivera’s image, a handsome man with a dazzling smile, she was drawn into what would become one of the most bizarre cases in recent Charm City history (particularly for Brottman herself, who happens to live in the hotel-turned-apartments Belvedere).

True crime has always been a fascinating topic for the author, although she can’t pinpoint any particular incident that first captivated her.

“The interest has always been there,” Brottman says. “I've never had much interest in the forensic aspects of crime — the clues and evidence, possible suspects, techniques, psychological profiling, and trial strategy. What intrigues me are those crimes that crack open the heart of human relationships and lead to a deeper understanding of human behavior. So, in short, I guess I'm just extremely curious.”

Her curiosity led her to look into Rivera’s death with an almost zealous dedication. Brottman slipped into the office where Rivera’s body was found and inspected the hole in the roof of the Belvedere’s old swimming pool that was presumably made when Rivera either jumped or was thrown from the roof.

As it happens, the Belvedere isn’t a stranger to unexplained deaths, which Brottman details in parallel as she narrates her own account of what happened to Rivera. When asked if she ever felt ill at ease in the Belvedere (which has businesses on some of its floors), Brottman says no.

“It's probably one of the safest places to live in the city,” Brottman says. “There's a concierge at the front desk 24 hours, and the elevators are locked. The businesses and residences are on different floors.”

Brottman’s investigation of the Rivera case wasn’t conducted from safely behind a desk. “Much of my previous research was in libraries and archives. I could do it from the comfort of home,” she says. “For this book, I had to get out into the world, track people down, interview them, travel to various places — it was much harder.”

When her research took her to abandoned portions of the city — where she once witnessed a man inexplicably walking a fox on a leash — Brottman noticed that she possessed a certain “invisibility” to others, that she has a face people seem to forget.

Was that an obstacle or an advantage?

“It can be both,” Brottman says. “While it's a blow to my dignity that people don't seem to notice me or remember me, it allows me a certain power in that I usually know more about other people than they know about me. And I can get away with things that other people can't.”

So, does Brottman ultimately get to the truth of how Rey Rivera’s body came to be at the hotel? To give an answer would be spoiling the plot, not to mention Brottman’s findings. (At times, the author was warned by people close to Rivera to stay away, and that her life could be in danger if she dug too deep.)

In the end, Brottman wants readers of An Unexplained Death to feel the way she did when she was first drawn into the Belvedere’s mystery. “Real life can be so much stranger and creepier than fiction,” she says. “And everything can be interesting if you look at it from the right angle.”

An Interview with Christopher Moore

One of the funniest novelists out there talks about his latest, Secondhand Souls.