An Interview with Marjorie Agosín

The acclaimed Chilean writer discusses revolution, poetry, and the role of Judaism in her life. 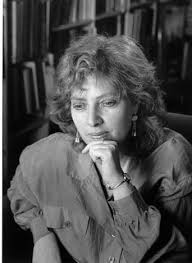 The first book I ever read by Chilean poet Marjorie Agosín was Circles of Madness: Mothers of the Plaza de Mayo. The power of its images left me numb. The title refers to the mothers of “disappeared” sons and daughters during the “dirty war” carried out by the military dictatorship in Argentina between 1976 and 1983. Thousands of young people vanished, victims of the government’s campaign against dissenters. Their mothers marched in the Plaza de Mayo, in front of the presidential palace in Buenos Aires, wearing white kerchiefs and demanding to know the whereabouts of their children.

Published in a bilingual edition in 1992 by White Pine Press, Circles of Madness captures magnificently the anguish of mothers who fear the worst, yet refuse to give up hope. They go about their daily chores in empty houses that were once filled with chatter and mirth: “She goes to the closets, / to the beds, / she cleans / a house that moans, / where no one arrives, returns, or knocks, / except for the spirits of the disappeared.” Mundaneness goes hand in hand with dread in the lives of these women, who find an antidote for their loneliness in the solidarity of the group.

Since the 1980s, Agosín has written and edited over 80 books, most of which deal with women’s issues, human rights, and the Jewish-Chilean experience. Her writing includes poetry, stories, and essays. One that has attracted the special attention of human-rights activists is Scraps of Life: Chilean Arpilleras (Red Sea Press, 1987), an account of the women who created message-laden scenes in appliqué and embroidery to protest the violence of the Pinochet dictatorship in Chile (1973-1990). Secrets in the Sand (White Pine Press, 2006) explores poetically the wave of female homicides in Ciudad Juárez, Mexico.

Her most recent book is a young-adult novel, I Lived on Butterfly Hill (Simon and Schuster, 2014), the tale of 11-year-old Celeste Marconi, whose family is caught in the reign of terror that beset Chile under the dictatorship. Agosín brings the same poetic power to her fiction as to her other writing. Celeste’s awareness of the mounting number of warships in the harbor subtly captures the dread of a young girl about to face a crisis.

A professor of Latin-American literature at Wellesley College, Agosín has won many literary prizes, most recently the 2015 Pura Belpré Award for an outstanding children’s book by a Latino author. The United Nations has recognized her for her work on human rights, and the Chilean government awarded her the Gabriela Mistral Life Achievement Award in 2002.

Much of your work deals with abuse of women, political tyranny, inequality, and the suffering of children. What makes poetry a suitable vehicle for delving into these issues?

Poetry has the ability to explore subjects that are often too difficult to simply talk about — for example, torture, violence, and especially gender violence. Poetry is intimate and searches for the essential in the human condition, so topics that have to do with human rights are central for poetry. Poetry is also an art form that searches for truth and justice.

What subjects are of particular importance to you now?

Is that why you decided to write a novel for young adults?

I was invited to enter the world of YA literature by a dear friend, Lori Marie Carlson. She believed I could do it and she was right. My first YA novel has been very successful, and I love to write for this audience because young adults understand the power of magic and the importance of social justice. I feel I am beginning a new path as a writer for young people.

You do a magnificent job of creating awareness of an impending calamity in the mind of your protagonist, Celeste. How did you manage to penetrate the psyche of an adolescent girl?

The book is autobiographical in that I was that adolescent girl who had left home to begin life in a new country. I think I was writing about my own fears when I left Chile, but I left the country with my family, while Celeste left alone.

Why did you change the names of Allende and Pinochet? It's obvious who they are.

I chose to change names of identifiable political figures because I Lived on Butterfly Hill is based on historical facts, but it is not a “historical novel.”

Do you risk over-simplifying the situation by dividing the political characters so starkly between good and evil?

Well, I think Pinochet has been proven to be an evil dictator in the eyes of most people in the world, and most people see Allende as a dreamer and even as a visionary. Thus, it was not too difficult to create archetypal good and evil characters. For a child, this is an easier and simpler way to understand history.

How has your writing been received in Chile?

I often wonder how I am received in Chile. I have been awarded important distinctions by the Chilean government, like the Gabriela Mistral Medal of Honor, but I think I am a bit like Mistral: always a foreigner, always from somewhere else. At the same time, I am always a Chilean, but one who does not live at home. I used to be worried about my place in Chilean literature, but no longer. I just want to write and will find the reader that I am destined to find.

Your anthologies have brought Latin-American women's writing to American reading audiences. Why is this enterprise particularly important to you?

I have edited anthologies mostly dedicated to women writers so that they will be read in English and no longer feel marginalized. I believe I have been an important advocate for women writers. I also wanted to develop communities of women writers, and I believe all of us in this collective enterprise have been successful.

What challenges do you face in having your work translated?

I face so many challenges when I am translated. The most difficult type of writing to translate is poetry. I am especially grateful to all my translators for their dedication and wonderful work.

Some of your most sensitive writing depicts your Jewish girlhood or tragic Holocaust figures such as Anne Frank. Could you comment on the importance of your Jewish background in your work?

I grew up in a secular Jewish home. What was so important for us was the ethical values of Judaism and the central principle of our lives, Tikkun Olam (a Hebrew phrase that means “healing the world”). My father did not believe in organized religion, so we did not belong to a synagogue, but we led a Jewish life filled with traditions and meaning in a more unconventional way.

Almost my entire family on my mother’s side came from central Europe, especially Vienna. All of them perished in the Holocaust, with the exception of my great-grandmother and her son. Also my grandfather, because he had arrived to Chile much earlier. For me as a writer, the stories of the Shoah are very important. They are central to my writing, which you can see in Dear Anne Frank and also I Lived on Butterfly Hill, in which one of the principal characters, the grandmother, is a survivor of the Holocaust.

I also try to invoke in the readers the universal importance of social justice and tolerance. I believe these are not only Jewish teachings but fundamental human ideals. Yet I feel I was and continue to be shaped by growing up in a Jewish home that emphasized these values.

I am writing a sequel to I Lived on Butterfly Hill, recounting Celeste’s life in Chile. I’m also writing poetry and a monologue about the Cuban-American salsa singer Celia Cruz for the Core Musical Ensemble.

Bárbara Mujica is a novelist and professor of Spanish literature at Georgetown University. In addition to a Ph.D. in Spanish, she holds an M.A. in French and studied at the Sorbonne. Her latest novel is I Am Venus, based on the life of the Spanish painter Diego Velázquez. She is also author of Frida and Sister Teresa, based on the lives of Frida Kahlo and Teresa de Ávila, respectively. This year, she won first prize in the Maryland Writers’ Association Fiction Competition for her story “Jason’s Cap.”