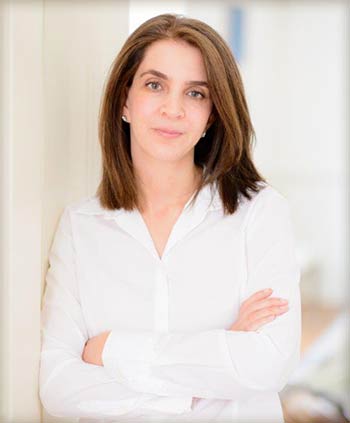 The heroine of your book is Dorothy Richardson, a real-life English writer from the first part of the 20th century. Can you summarize her most important work?

Dorothy Richardson (1873-1957) was a fascinating figure. In her lifetime, she was considered Virginia Woolf’s peer, and she forged a new style of fiction that became known as stream of consciousness. Her life was as interesting as her writing, for she was deeply unconventional in both. Due to her family’s financial difficulties, she was forced to find employment at the age of 17, working first as a governess and teacher, and later as a dental assistant in London. She attended a wide range of lectures and political and scientific meetings, and lived frugally so that she could afford concert tickets. She associated with political radicals, European exiles, and writers, including H.G. Wells, with whom she had an affair. Wells saw that she had talent and encouraged her to write. In 1917, she married the artist Alan Odle. Dorothy was initially hailed as a literary pioneer, but the early recognition and interest slid from her grasp, and she died in poverty and obscurity.

Dorothy’s life work was a 12-volume autobiographical novel-sequence called Pilgrimage, which focused on the inner development of its protagonist from the time she left home, aged 17, to the moment she became a writer. Dissatisfaction with the conventions of the realist novel — which she perceived as being explicitly masculine — led Dorothy to seek new narrative forms that would render the texture of consciousness as it recorded life’s impressions, life’s minute-to-minute quality. Virginia Woolf noted that Dorothy "has invented, or, if she has not invented, developed and applied to her own uses, a sentence which we might call the psychological sentence of the feminine gender."

In The Lodger, Dorothy has an affair with her best friend’s husband, author H.G. Wells. Do you think she’s ever able to forgive herself for perpetrating such a betrayal?

Dorothy is fully aware of the magnitude of her betrayal, though she cannot resist Wells; the attraction is stronger than she is. She suffers and feels remorseful and, I believe, never forgives herself.

In her defence, Dorothy is extremely vulnerable and isolated when she meets him. She is reeling from her mother’s recent death and is less able to withstand his charm than she might have been had she been more robust in herself. But this is me excusing Dorothy; I don’t think she cut herself any slack.

Aside from the affair with Wells, there are other instances of Dorothy letting women down. She watches her girlfriend, Veronica, get taken off to prison and does nothing to stop it; she tries to pair Veronica with an ex-flame in order to get them both out of her hair. Is her shoddy treatment of women connected to the suicide of her mother?

While she was growing up, Dorothy observed her father, a traditional Victorian patriarch, dominating her mother and treating her without understanding or respect. Her mother’s feelings of depression and uselessness were triggered partly by his financial difficulties, but also because of his attitude towards her. Dorothy grew up torn between admiration of her father and resentment at the way he behaved towards her mother. Dorothy was keenly aware of the inequality of the sexes and she had her father’s poor treatment of her mother as a role model. So I think her behaviour towards women was connected to this. However, her pairing of Veronica and Benjamin was also because of a conflict between wanting close relationships, yet being scared of intimacy and pushing people away.

Dorothy loves two men and one woman in The Lodger. My impression from reading your novel was that she had mental connections with men, and sensual, emotional connections with women. I read elsewhere that she went on to marry a man and spent a good part of her life with him. What, in your opinion, was her sexual orientation?

I think your comment about Dorothy having mental connections with men and sensual, emotional connections with women is absolutely correct and very perceptive. Dorothy was physically attracted to both men and women, and I believe she was bisexual. Her husband, Alan Odle, was extremely camp and probably bisexual, as well. You could say he was a combination of both sexes and their marriage, though unusual, was happy.

Amy Catherine (nicknamed “Jane” by her husband) is Dorothy’s best friend from school. She’s also the long-suffering wife of H.G. Wells, tolerating his affairs and creating a comfortable home for him. Jane therefore represents everything the suffrage movement is struggling against. But Jane is also a sympathetic character: the least selfish, the only person in the book who possesses unconditional love. Do you think this is why Dorothy associates “goodness” with subservience?

Yes, partly. Dorothy’s mother was also passive and good. She loved her husband and daughters unconditionally and put their needs before her own, at great personal cost. So there was more than one good and subservient woman in Dorothy’s life.

I thought this was the most touching passage in the book: “The mind of a woman was deeper, more instinctive and less articulate than that of a man. Women were able to see many things simultaneously; they were more profoundly, richly alive…Men saw life in terms of externals, and only one thing at a time. Their sense of superiority was born of being free and out in the world, but they did not understand what went on below the surface of people.” True in 1906, and still true in 2015. Do you agree that there is a fundamental psychological or emotional gap between women and men?

Yes, absolutely! Though the way we are raised has changed, biology still seems to matter! And the gap between men and women is still as Dorothy described it in the above passage: Women tend to think intuitively, they take many things on board at once, and possess a keen sense of how these might interconnect. Men tend to focus on one issue at a time; they have more of a linear or sequential view of life and do not always appreciate its complexity.

Of course, a significant difference between 1906 and now is that the differences between the sexes have now been researched and documented. Hopefully, this makes bridging them a bit easier!

Both Dorothy and Veronica are committed to independence; they are free, but lingering at the poverty line. They both experience events that test them. Dorothy loses a pregnancy, and Veronica is tortured in prison. In the end, they have very different reactions to their respective traumas. One woman is broken and ready to settle, while the other is stronger and more solitary than ever. Why do you think that is?

The Lodger charts Dorothy’s journey to becoming a writer, and I think the answer to your question lies here. I am going to quote a passage from my novel about what writing means to her, and how it offers deliverance from trauma:

“Amidst the rubble of her life, something shone…alive. It was the pile of closely written pages on the small table…She forced herself to sit up and look at the growing paper stack. The sight was reassuring; it was all that anchored her to the world. Something at the core of life steadied and clarified. She wrote because she had to; it was salvation, as essential as breathing.”

Writing is the vocation Dorothy feels she was born for; it’s her lifeline, the thing that keeps her going. Veronica does not have this outlet (or any other) available to her.

In the story, there are several lodgers, including Dorothy, her ex-boyfriend Benjamin, and Veronica. Even Wells rents a room for his and Dorothy’s affair. To which lodger does your title actually refer? Is it a metaphor for not settling down?

My title refers to Dorothy. It describes her literal situation — she has a room in a seedy London boardinghouse — and it is a metaphor for not settling down. It also suggests an absence of belonging and reflects Dorothy’s inability to conform to any of the limited roles available to the women of her day. I like the fact that it is anonymous and ambiguous — as you point out, it could apply to several of the book’s characters.

Dorothy concludes that a woman cannot have a family and be a writer. I noticed that you are married with three children. Was Dorothy wrong, or did the times change in our favor?

I think that what Dorothy most feared about close relationships was being taken over emotionally. She felt that both Wells and Veronica wanted to dominate and possess her, and she was afraid of losing the mental space and freedom she needed in order to write. Her husband, Alan, was content to lead his own independent inner life, which left Dorothy’s untouched.

Ironically, though, Dorothy became trapped by domesticity when she married Alan. She had to manage all their expenditures and practical planning because he was incapable of dealing with this side of life, and she did the housework and cooking, as well. She was also forced to take on extra journalism and translating work, for neither her books nor Alan’s drawings made money. All of this meant she could not give her fiction the single-minded attention she wanted to.

Though times have changed to some extent in women’s favour, the pressures Dorothy experienced certainly resonate with my life. As you point out, I am a wife and the mother of three children and a dog, with all the competing claims for time and attention that this brings. My husband’s work comes first; we wouldn’t survive on what I earn from writing. And so I am the one who holds everything together on the home front. I don’t always have as much time as I’d like for writing, and there is a certain amount of fitting my work in around the family’s schedule. Although I wouldn’t trade places with anyone, there are parallels between my life and Dorothy’s!