An Interview with Leah Stewart

Told from different perspectives, the author’s new novel is all about secrets — those kept and those revealed. 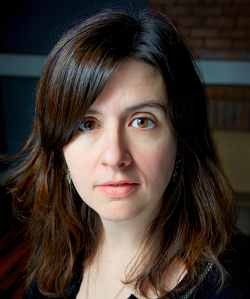 The setting of Leah Stewart’s The New Neighbor is a sleepy Tennessee mountain town where we meet two very different women: Margaret, a 91-year-old retired nurse and WWII veteran, and Jennifer, a mysterious single mother who’s new to town and keeps to herself. Margaret knows a challenge when she sees one and sets out to learn what Jennifer is hiding.

For her part, Jennifer vows to stay isolated in order to preserve her new life. But soon enough, she befriends another mother and finds herself engaged in a project transcribing Margaret’s war memories. The harder Margaret pushes Jennifer for the truth, the closer Margaret comes to sharing her own secret past.

The idea of humans as morally ambiguous comes up a lot in the book. Jennifer believes “none of us is good” and that hypocrisy is survival. Margaret thinks life would be “unbearable without lies.” Are these women being courageous in facing human nature head-on, or are they rationalizing their own moral failings?

I don’t think about my characters in terms of moral failings, because that would imply judgment, and I don’t judge them. I think in terms of psychological complication. I find complication interesting, which is another way of saying I find ambiguity interesting. In both these cases, the characters are saying what they think in the moment, what experience has taught them to think. Margaret believes what she’s saying. I don’t think she’s courageous in saying it, just matter-of-fact. With Jennifer, that statement is more complicated. The idea that “none of us is good” is painful to Jennifer, and there’s a part of her that hopes it’s not true.

There’s a very compelling (and graphic) storyline involving Margaret’s role in the Second World War. What made you want to include war material, and how did you research it?

My grandmother was a nurse in a field hospital in France, Austria, and Germany during WWII. I learned this — or maybe just realized it was interesting — sometime in my late teens or early twenties and became fascinated by that history. When I was in grad school, I started interviewing her and, after she died, we found her scrapbook and her letters home. I used the material to write a short story, and then on and off for years tried and failed to make it a viable historical novel. I’d given up and set that novel aside, but then a few years later, it occurred to me I could use some of it as backstory in a contemporary novel. So, in some ways, this novel emerged out of a reluctance to completely abandon the earlier one.

Both Margaret and Jennifer have secrets. How are these characters impacted by the secrets they keep?

Keeping secrets has made them lonely. I’d say that’s the primary impact. I think also that we tend to project our own psychological and emotional conditions onto others. If you keep a lot of secrets, you imagine other people do, too, which might lead you be a little more skeptical or cynical or curious in your dealings with others.

That’s a perfectly viable reading. For my part, I don’t think in terms of mistakes any more than in terms of moral failings, for the same reason. For me, both their motivations and their sense of their own guilt are complicated. Margaret’s motivated by connection as much as Jennifer is — maybe more. Jennifer’s primary motivation is protection of her son and of herself. When they say they’re sorry or not sorry, I meant those statements to be open to interpretation. Essentially, I’m asking the reader to think about whether she believes their characterizations of themselves.

Jennifer is a massage therapist who’s able to intuit clients’ emotional struggles when she touches them. How does her being a healer and an empath factor into her other identity as the person who may (or may not) be responsible for her husband’s death?

I think of Jennifer as an inherently gentle, sensitive person who’s been hardened by her experiences. In her marriage to Tommy, both her natural kindness and her love for him came to seem like liabilities.

Jennifer has come to accept herself as “bad.” Despite this, she’s one of the most sympathetic characters in the book. Do you think her ability to accept blame is connected to her empathy? In my experience, people who see themselves as exclusively “good” are usually the ones doing the most damage.

I agree: To see yourself as exclusively good, unless you lead a miraculously conflict-free life, is to assume nothing is your fault and everyone else is in the wrong, which suggests both intense narcissism and a profound lack of empathy. My take on Jennifer is that that acceptance isn’t really acceptance but a defense mechanism. In other words, she says, “Fine, I’m bad,” so that she can stop feeling wounded when she can’t convince people otherwise.

Margaret pays Jennifer to transcribe her life history, particularly Margaret’s stint as a wartime nurse. On the face of it, Margaret is telling her story in order to manipulate Jennifer into revealing something about her own past, but underneath, these machinations reveal Margaret’s own need to confess. It’s rather convoluted! What’s holding Margaret back from being more authentic? Even her crankiness is usually a ploy!

Oh, she’s genuinely cranky. Sometimes what motivates her crankiness is sorrow or fear rather than the anger it appears to be. In our interactions, we all make constant, largely unconscious decisions about our willingness to be vulnerable. When we expose ourselves, we risk ridicule or judgment or betrayal or loss, but if we always choose self-protection, we’ll never make the profound connections that provide most of life’s joys. That’s a dilemma many writers revisit over and over — I’m thinking of Carver’s short story “Cathedral,” for instance. In giving Margaret and Jennifer good reasons to be guarded, I wanted to amplify that dilemma.

Margaret is astute when it comes to the psychology of other people, picking up on even the smallest nuances in vocal tones and body language. But she doesn’t know herself very well. Do you think this will change as a result of her time with Jennifer?

Yes. I’d argue that she does know herself, but until Jennifer came along, she failed to realize how badly she wanted someone else to know her, too.

The greatest human tragedy is point-of-view. Others can’t know us as we know ourselves; at a fundamental level, this gap leaves everyone quite lonely, and more often than not, misunderstood. Is this the philosophical problem you had in mind when writing The New Neighbor?

That’s apt and well said, but not exactly what I was consciously thinking. I’m drawn to fiction for interiority — it’s the one way that we can know another person as she knows herself. So I’m always writing to explore that gap. With this book, I was conscious of wrangling with other problems: How you live with the worst thing you’ve done, whether you’re defined by the worst thing you’ve done, those conflicting impulses of connection and self-protection.

There is no forgiveness in this book. But by the end, there is some level of understanding. Do you think people would rather be understood than forgiven?

We interview the author of The House Girl, a novel that, in Independent reviewer Gerry Hogan's words, "has so many strengths that it is hard to know which to highlight...."