An Interview with Elizabeth Day 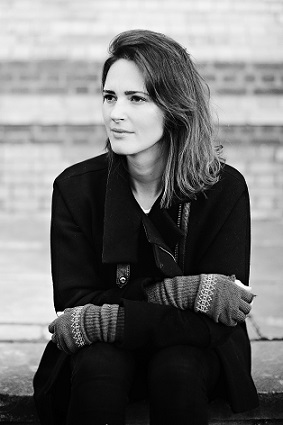 Intrigue, lies, forbidden desires, and subterfuge are markers of only some of the many plot twists and turns of Elizabeth Day’s new novel, The Party. But if the mention of intrigue leads you to believe this is a spy tale or police procedural, you’re mistaken.

Instead, it’s the story of two friends, Ben and Martin, who meet in college and establish an unlikely rapport despite the social abyss that separates them. While Martin grows up with a mother who constantly undermines his every accomplishment and labels him a “wrong ‘un,” Ben is a privileged member of society with a family that has its secrets.

As Ben and Martin’s friendship somehow survives the decades, the two men marry diametrically opposed women; Lucy is devoted to Martin, an understanding and faithful companion to a man who rarely deserves it. Ben’s spouse, Serena, is the clichéd wife of a rich man, dedicated to her fundraising efforts, strategic dinner parties, and, on occasion, caring for her children.

It’s at one of these parties that the years-old tension and animosity between the couples bubbles to the surface and unveils some unpleasant truths. By the end of the night, Martin is at a police station being interrogated about what exactly happened at Ben and Serena’s party.

In an email interview, Day expands on the true story behind The Party and the challenges of writing unconventional characters.

How different is the writing process for you regarding fiction vs. journalism?

I deliberately make the process as different as I can because I find it helpful to have a separate psychological headspace for separate forms of writing. So, when I write a piece of journalism, I'll do that at my desk. When I write fiction, I prefer to go to a café. There's something about the different physical locations that is important to me because it helps me have a clearer idea of what I'm doing.

In terms of the actual writing, there are some obvious differences — in journalism, I use far fewer adjectives or lyrical turns of phrase because my goal is to communicate something as clearly as possible, in as concise a way as I can. In fiction, I can make the text richer and take more risks because I have more words at my disposal. But ultimately my goal as a writer is the same in both forms — I want to connect with the reader and convey what makes us human.

Which authors have influenced your writing?

This is a tricky question because I have authors I really admire but I don't necessarily think I write like them (more's the pity!). But when I was working on my first novel, I often went back over passages in the writing of Elizabeth Jane Howard to see how she shifted perspectives between a whole host of characters. She's an incredible observer of human behavior and involves you so deeply in her characters' lives that you never want her books to end. She was married to Kingsley Amis and stepmother to the novelist Martin Amis, and I feel her reputation as an author in her own right has been somewhat unfairly overshadowed by these more famous men.

The Party was specifically influenced by L.P. Hartley, who wrote The Go-Between, Alan Hollinghurst, and Edward St. Aubyn. It's been compared to The Talented Mr. Ripley — a comparison that delights me — but I actually hadn't read the Patricia Highsmith novel until after I'd written The Party. The Anthony Minghella film adaptation is, however, one of my favorite movies of all time.

What gave you the initial idea for The Party?

My first job out of university was as a journalist for a gossip column on the Evening Standard newspaper. For a year, I spent almost every night of the week being invited to these super glamorous parties where the great and not-so-good of British society would gather. But because I was there as a journalist, and because my role was essentially to bowl up to celebrities and try to get stories from them that would make the next day's paper, I was always an observer and never a full participant. That gave me the idea for Martin, my protagonist. He is also a journalist, also an outsider, and is desperate to belong to this gilded world. His fatal flaw is that he fails to understand he'll never be accepted.

When I started reading The Party, the plot seemed quite linear. But as everything moves forward, I realized there were so many nooks and hidden chambers. How difficult was it to knit everything together?

I wanted to nail plot with this novel. Previously, plot had always intimidated me, and I wrote my first three novels allowing ideas to come to me as I went. I didn't map anything out in advance. But because The Party is a psychological thriller, I knew I had to make the plot sharp, coherent, and gripping, so there was no escaping the fact that I'd have to put in the hours!

I started writing purely from Martin's perspective. In the original draft, the first four chapters were from Martin's point of view and chronologically paced. That helped me get his voice. It was only then that I played with the structure — opening the book with a police interview looking back over the dramatic events of the party itself and then having a series of flashbacks into Martin's past.

The voice of Martin's wife, Lucy, was a later addition and that took a bit of juggling. I wasn't sure where to fit her in at first, but then I just decided to add in her passages where it instinctively felt right. The joy of writing Lucy is that it gave a different perspective on the same events, and sometimes her account jars with Martin's. That gives the reader a chance to put the pieces of this complex puzzle together themselves.

About two-thirds of the way through the first draft, I plotted everything out on a sheet of brown paper, which I stuck up on the wall in front of my desk. I used different-color pens for each strand of the narrative and that meant I had a quick visual representation of what happened in each chapter and whether it was evenly weighted. That really helped.

The Party deals with topics that are by no means simple, from obsessions to unrequited love and even rape culture in colleges. Did you have all this outlined when you started the novel?

The short answer is no! I'm a great believer in authorial serendipity — those moments that come to you as you're writing, when you're so deep into a character that you find yourself recounting an event or a feeling you hadn't anticipated them experiencing, and yet it feels absolutely right. There were a few of those moments with The Party — the sexual assault on campus being one of them. But the three or four major plot pivots were all mentally in place when I started out.

It's such a complicated dynamic not only that exists between Martin and Ben, but also between Lucy and Martin. Would you say it's maybe an observation about human emotions and how they can imprison us?

I like that idea! I think it's a book about the innate human desire to be loved and what happens if that love isn't returned, or if you don't understand its power. Martin is, in many ways, a product of the warped love he experienced from his mother as a child. He's always been made to feel strange, so he longs to be accepted — and that, in itself, is also a kind of love; a love for a way of life you'll never fully possess.

Lucy, meanwhile, is mistrustful of the savagery of passion, which she once mistook for love. So she goes to the opposite extreme and marries a man who is so emotionally withdrawn from her that she feels safe, but essentially hollow. In the end, I think what unites the characters is that they lack an understanding of themselves, so they seek completion in the guise of another's embrace. Whereas, actually, they need to start by loving who they are rather than who they want to be.

The ending was a bit enigmatic. Was it the one you envisioned when you started writing?

The ending came to me literally as I wrote it. I knew I wanted there to be a passage of years before the final chapter, and I knew where I wanted the characters to be in their lives. But the final few paragraphs were not planned. Without giving too much away for those who haven't read it, I wanted there to be a degree of uncertainty and possibility. I've been really touched by how many readers have contacted me asking about the ending, and my reply is always that I, as the author, can believe one thing happens, but my character might do something entirely different.

I'm playing with a half-formed idea for my fifth novel and I'm also excited that The Party has been optioned, so I am consulting on the TV adaptation. And I'm interviewing Robert Pattinson next week, which is the really important news.

An Interview with Thomas Dolby

The former rocker talks music, memoir, and “She Blinded Me with Science.”