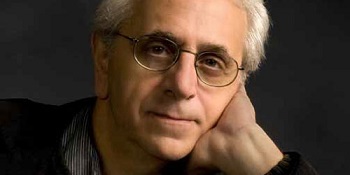 What are some of the challenges associated with writing mob-related historical fiction?

Accessing the interior lives of characters is always a challenge, but entering imaginatively into the lives of gangsters is all the more difficult if, by chance, the writer has never robbed a bank or gunned down an enemy. But then it’s those extremes of behavior that make gangsters — all characters, really — interesting and worth exploring.

To make that leap, to believe you can convincingly describe what you’ve never experienced, requires both thorough research and a faith in the universality of human experience — and it all begins with getting inside a character. Once you’re there, once you’re feeling and thinking like your character, then it’s possible to imagine him or her in any situation. Doing it well, though, takes a lot of craft and experience and research, as well as faith and trust in your own insights.

What strikes me most about Loretto Jones is his sensitivity. Is this something you actually discovered in your research?

Loretto Jones’ character is entirely my invention. I tried to create a smart — and sensitive — character who grows up on the same streets and in the same overall world as Vince Coll as a way of exploring how two young men from essentially the same environment wind up taking different paths. This question, for me at least, connects to your first question.

I used some of my own experiences in shaping Loretto as a way of getting inside this particular gangster’s character. The apartment on Ainslie Street in Brooklyn, for example, where Loretto goes with Vince to take care of Jimmy: that’s the apartment where I grew up. And I suppose, in some ways, Loretto is a projection of someone like myself living through a different set of experiences — though I suspect that’s pretty common with lots of writers and lots of characters.

Vince Coll has a girlfriend named Lottie Kreisberger. Throughout the story, she seems to be masterminding many of Vince’s strategies. As a woman, I was happy to see a strong female character, and I wondered if Lottie is also based on an historical figure.

Yes! Lottie Kreisberger is one of the most fascinating characters in the Vince Coll story. Though she never revealed her age, she was probably a good 10 years older than Coll. There’s a chance she bankrolled Vince’s break from Dutch Shultz in the first place, and she certainly had a great deal of influence over him. Other gang members sometimes called her Queen Lottie. Rich Gold is a true-crime historian and filmmaker who has been researching the Coll story for the past three years in preparation for his next documentary film. In an email exchange, he wrote that he considers Lottie “the real brains behind the Coll gang.” This is my favorite picture of Vince and Lottie: 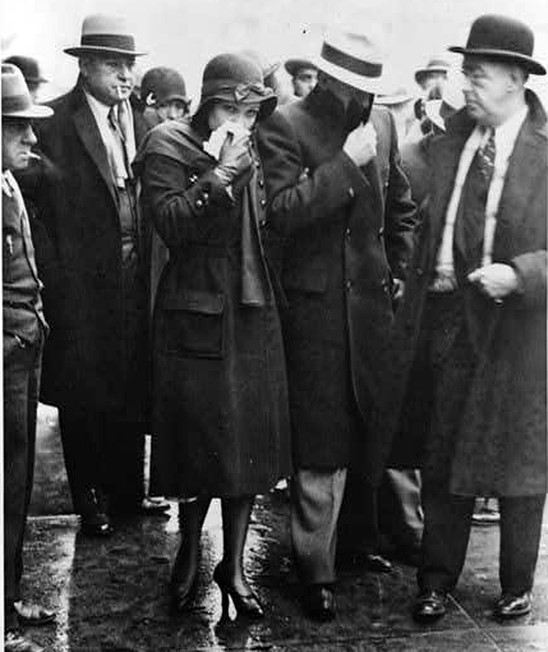 Loretto grows up in an orphanage and so doesn’t really know his true heritage. He associates mostly with Italians and Vince Coll, who is Irish. Does Loretto’s lack of identity play into his getting involved in organized crime, or is it simply the only avenue available to him?

I hoped, by leaving Coll’s ethnicity a mystery, to illustrate that ethnicity has nothing to do with criminal behavior: It’s the environment and the culture that lead to the criminality. The Irish, the Italians, and, as Rich Cohen calls them, the “bad Jews,” made up most of the worst Depression-era criminals. But that’s only because they shared in the same urban poverty, the same cultural chaos of their time and place. Race, religion, ethnicity — I don’t believe that’s a significant factor at all.

Throughout the book, you have gang members sticking together as family. You also have individuals acting alone and breaking away when they have no other choice. What does this tell us about life and survival? Is there something we can learn from mob culture?

I hope we learn that mob culture is brutal, and that the price young men pay for quick access to the material side of the American dream is, for many of them, an early death. I try to contrast the family culture of the Barontis with the gang culture of Vince Coll and the Combine. The Barontis are poor, but they love each other and they make their way together as best they can, their lives revolving around the maternal figure of Mama Baronti. They’re no angels, but the goal of the family is not quick wealth and brutal power. The goal is survival and growth — and they don’t betray each other knowingly and willingly. The gangster culture of the Prohibition era was cutthroat and bloody. I don’t think it’s hard to see which side I prefer in Toughs.

The book takes place in the early 1930s, and there are many cultural references. Is there something special about that decade for you?

I discovered Vince Coll while researching Depression-era gangsters for my previous novel, The Family Corleone, a prequel to The Godfather. Coll kept coming up in my research as an especially feared gangster in that era. When Salvatore Maranzano — one of the founding figures of the American Mafia — wanted to have Lucky Luciano killed, he hired Coll to do the job. Luciano had Maranzano killed before Coll had a chance to do the job, but Coll still kept the $25,000 advance Maranzano had already paid. He said it was the easiest 25 grand he’d ever made. I got interested in Coll because he was famously brutal; because he was an Irish kid leading a gang of Italians, which was pretty much unheard of at the time; and because, at the tender age of 23, he was at war with the Combine, the New York City Police, and the feds. So, basically, the research from my previous novel, set during the Depression, led me to write Toughs, which is set in the same time period. I do find the period fascinating, though, and I may well write about it again.

If there is one theme I noticed throughout, it’s that certain people lack choices in life. Or, let’s say, there are certain inevitabilities. For instance, Loretto tries to quit organized crime, only to find out there are no real alternatives for the type of life he wants. It implies a certain amount of fatalism. At the end of the book, he is given one chance to exit the criminal life. I think readers might be surprised by what he does.

Well, that’s one of the things that most interests me: the severely limited and limiting possibilities faced by anyone growing up in poverty without any, or with very little, guidance and support from family or society. Vince and Loretto grow up in orphanages and on the street. Neither of them has a cohesive family to guide them. Vince spends much of his youth in jail.

What happens to the talented, the charismatic, the motivated in such situations, young men who won’t put up with a life of small and big humiliations? Some of them, certainly, turn to crime. They rely on themselves and perhaps a collection of followers, a gang, and they take on the world. Of course, in those situations, the world invariably wins.

Yes, there’s a degree of fatalism there — and a degree of sympathy. I don’t think the novel glamorizes Vince Coll, but it does try to see the world through his eyes and the eyes of his associates. The brutality, the suffering that follows in his wake, is not just a tragedy assignable to one individual. Certainly, Coll is responsible for all the terrible things he did. But if we don’t also realize that the culture that shaped him is also partly responsible, we’re failing to see the whole picture.

[Ed Falco will appear at this year’s Fall for the Book festival on both Saturday, Sept. 13th, and Sunday, Sept. 14th. Click here for more information.]

Dorothy Reno is a Washington, DC-based writer from Canada who’s been published by Red Tuque Books and is working on a collection of stories called The One That Got Away.