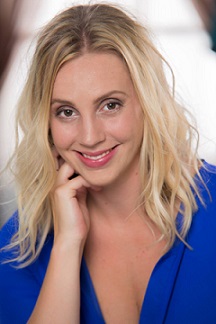 What happens when the characters we love literally cannot get near the ones they love? In her new novel, Close Enough to Touch, Colleen Oakley explores this unimaginable possibility via her main character, Jubilee Jenkins, who suffers a rare condition that makes her allergic to any kind of human touch. The only thing that gives her happiness is a library job, where she meets divorced father Eric Keegan, a man wrestling with demons of his own.


How did you get the idea for this novel?

As a health journalist for the past 15 years, I was always perplexed by the astronomic rise in allergies from the late ’90s on — and how strange some of them are. There’s a 15-year-old boy who’s allergic to literally every food. A woman allergic to water. A man who’s allergic to technology (and not in the “I have no idea how to use a smartphone” way that my mother is). As a novelist, I wanted to delve into the allergy epidemic, but take it one step further — what if you were allergic to other people? How would that affect someone, emotionally, to not ever be able to be hugged by his or her mother as a child, or to hold hands with their first love? Could you even fall in love?

What was it about the writing and researching process for Close Enough to Touch that you found most challenging?

Creating a love story where the main characters can’t touch each other. I knew it would be a challenge — but I had no idea just how difficult it would be!

Jubilee has an inner struggle when it comes to seeking medical help for her condition. Is this fear related to her conflicted relationship with her mother?

I think it definitely stems from that relationship — her insecurities [about] whether or not she’s lovable, when she’s not even convinced that her own mother loved her.

Eric also has his own demons. Would you say that, for him, Jubilee is the catalyst in forcing him to face his fears?

Yeah, I think they definitely help each other, sometimes without even realizing that’s what they’re doing.

Which character did you most connect with while writing the novel?

I connected with Jubilee’s insecurities and fear of being vulnerable (haven’t we all felt like that at some point?), but I also connected with Eric’s fears of being a terrible parent. As a mom myself, there are so many days where I just wonder if I’m messing everything up.

You finish the novel in a sort of open-ended finale. Did you have this particular outcome planned when you started the book?

No! I wasn’t always sure exactly how this would end. But when I hit on that ending, it just felt right and true-to-life to me. Satisfying without being neatly tied up in a bow.

What new projects are you working on?

I’m in the early stages of a book about soulmates — and whether true love is a choice or fate.

An Interview with Monica Byrne