An Interview with Audrey Magee

Audrey Magee worked for 12 years as a journalist for the Times, the Irish Times, and the Guardian. Here she discusses The Undertaking, her masterful debut novel. 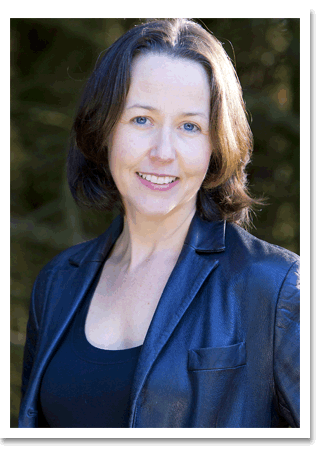 Like many before him, protagonist Peter Faber, a German soldier, attempts to ease the horrors of war by taking a wife — albeit one he’s only seen in pictures — along with a coveted 10-day leave for the nuptials. Surprisingly, he and his bride, Katharina Spinell, really do fall for one another. But duty calls, and he soon returns to the Russian front. The Undertaking chronicles both Peter on the battlefield and the newly pregnant Katharina left behind in Berlin. Each’s dreams of the other sustains them through unbearable hardships. If only dreams came true.

This was an incredible and unrelenting piece of writing, a difficult and emotional read. How did you keep telling the story? Did you ever have to set it aside for moments and begin again?

It took a long time to write The Undertaking, in part because I so often struggled with the novel’s cruelty and indifference. To absorb the relentlessness that you talk of, I took walks and drank tea; long mountain walks and a lot of tea.

What made you decide to write The Undertaking?

I wanted to understand, or try to understand, what it was like to have been an ordinary German during the Second World War, the desire driven by my experiences of Germany as a student, but also because I had seen history repeat itself, albeit on a much smaller scale, in Bosnia. This capacity for inhumanity wasn’t just “them” and confined to history, it was in all of us. And so I began The Undertaking, immersing myself in the period through books, films, music, diaries, letters, blending those with my own experiences of war until there was no longer a line between the real and the imaginary.

Did any of the research surprise you? Did your characters?

I was surprised to find myself in the kitchen one day weighing bread, sugar, and meat because I needed a visceral understanding of rationing. What was the impact physically and psychologically of my food allowance being cut in half, then quartered, before being reduced to a fifth of what it had been? How do you feed your child on that? As to the characters, I was most surprised by the role Johannes played, the sacrificial lamb whose presence, then absence, penetrated the whole novel.

The Spinell family became "upper class squatters" and never really asked themselves certain questions, such as why they suddenly deserved to live so much better than they had. Did they really feel deserving in spite of not changing anything about themselves but their address?

It’s easier to go through life without asking those hard questions about rights and entitlements, as those questions very often provide answers that morally prevent you availing yourself of what is on offer from society. Hitler, adroitly aided by Goebbels, tapped into this and generously rewarded his supporters, turning them into dependents with much to lose if they questioned his authority or morality.

The Spinells, living quite humbly at the start of the novel, embraced Hitler’s offer of upward social mobility, merrily taking an upmarket Jewish apartment, good food, domestic help, and a stream of social engagements because, as Hitler had told them, it was their turn at the good life.

In Berlin, the families left behind by the war seem to be able to focus primarily on one another. They develop tunnel vision. Does this come with survival? Are there other symptoms?

The Spinells had aligned themselves so closely with Hitler that they had no choice but to socialize with like-minded people. To do otherwise was uncomfortable and, as the tide of war turned, potentially dangerous. Old friends and neighbours, like Mrs. Sachs, reminded them of who they once were, before their relationship with Nazism, before the sacrifice of Johannes, and it was psychologically easier to be with their new peers who endorsed the choices made.

The only healing is death. Is this characteristic of the era or a byproduct of the fictional story?

I am not sure that death provided healing during the war, more a way to end the agony of war and defeat. If you consider the official German reaction to defeat at Stalingrad and the arrival of the allies into Berlin at the end of the war, many, including Hitler, believed death to be the only noble response. Katharina and Peter finally rebelled by not adhering to that particular philosophy.

After the war, however, many, if not most, felt that healing could be found through the death of memory. Only by attempting to forget, by suffocating and silencing the past could Germany move on. But in the end, that does none of us any good; we must remember and learn.

It is pointless trying to compartmentalize it and say, “Oh, that was them, and that was then,” when we know through modern communication systems that similar things are going on around the world today, right now as we write and read, people are being murdered and tortured because they do not fit in with the prevailing religious or political philosophy.

Do you think the book might be useful as a deterrent to anyone thinking about going to war?

Wouldn’t that be a fine thing? In the Old Testament, in Ecclesiastes, it is suggested that everything has a season, that there is a time for war and a time for peace. We seem to readily accept that concept, and I am not sure why.

Over the centuries, weaponry has changed but the one constant is the dehumanizing of the enemy. The men and women on the opposing side are turned into something subhuman and therefore expendable. It is easier to kill and maim soldiers and their relatives if those people have no faces, no humanity. But think of that enemy as an ordinary person with ordinary flaws, as susceptible to error as the rest of us, and then that person is much more difficult to hate, to kill.

Is it a sort of chicken-and-egg story? Humans only degrade and destroy because of war, humans cause war by being cruel, destructive, and degrading. Which is truer?

The chicken and egg are interdependent. You can’t have one without the other.

Which of the characters do you believe will be the most appealing to your readers?

I have noticed that people respond very differently. One couple I spoke to recently vehemently disagreed on whether Katharina deserved the reader’s sympathy. It was quite heated, which is thrilling for me because I wrote The Undertaking as a piece of theatre in novel form, using dialogue to drive the narrative, allowing readers to graft their own experiences and interpretations onto the characters, much as they would in a darkened auditorium.

This style was obviously influenced by Beckett, but also by Strindberg in Berlin at the turn of the last century, who wrote his Kammerspiel pieces for a small cast without an interval, subjecting his audience to works that were intense, demanding, and offered no way out until the play was over.

The scenes between Peter and Katharina are marvelous to read, and their conversations in the beginning and the end are really not so different. The emotional content of a war between them is extraordinary and without expression in words.

Thank you. These are two young people in a first love curtailed by the adult responsibilities of war and their decisions to follow perverse and brutal orders, such as the rounding up of Jewish women and children. As a result, everything is stunted, their language, their expression, their love, nothing evolves normally, as it would in peace time. The reader can see it, sense it, but Katharina and Peter can’t because it has been normalized, this war around them, between them, within them.

In the beginning, they share one kind of fear and, in the end, more. Why is it fear can so easily mask itself in silence?

Oppression creates silence because people become afraid of saying the wrong thing, of finding themselves in trouble for being on the wrong side of the argument. It is easier to be silent. Silence is what I first met when I went to Germany, the thing that drove me to write The Undertaking, as I wanted to reach the truth behind that silence.

Might the reader conclude that one could live through a war but not an interrupted romance?

Their romance would never have been without the war, but could never be because of it.