An Interview with Anton Piatigorsky 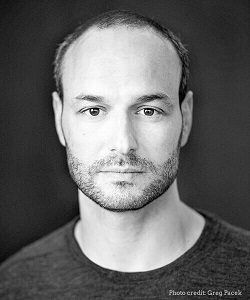 Your novel was published in 2017, but it’s set in 2008. How much, if at all, are your fictional justices based on members of the Bush-era Supreme Court?

Some of them — not all — have clear roots in the Bush-era justices. That said, they all remain fictional. The great thing about a novel is that you can take some aspects of the real world and combine them with different circumstances to create something wholly new. That’s what I did. These characters behave quite differently from any real justice.

Although I took great liberties with the personal lives of justices — how they think and act, what motivates them — I wanted the novel to be a meaningful investigation of, and commentary on, the actual law. Because of that, I did use much of the actual jurisprudence. Lots of the reasoning is associated with living justices. That said, even in their legal decisions, I made huge leaps. I tried to forge new territory in the justices' writing as well as in their personal lives; their professional work is just as much the product of my own imagination.

Although some may imagine Supreme Court justices as dispassionate jurists, Al-Tounsi explores how personal issues impact their rulings. Do we make a mistake in focusing almost exclusively on a judge’s legal track record when considering nominees to the highest court in the land? Should we be paying closer attention to the whole person?

Yes, absolutely. Because judges are the final bulwark in upholding the rule of law, they have great incentive to be dispassionate and objective. Actually, it’s more than incentive — they are required to be objective if they expect the law to maintain any legitimacy whatsoever. But the judges' background affects much more than their legal decisions. It structures their entire worldview. It builds the underpinning for their methodologies as well as their beliefs. So, in other words, who judges are as people doesn’t just influence their answers to legal questions; it influences the structure and values of the questions they ask in the first place. More than telling them what to answer, their backgrounds tell them what to ask.

For all of us, it’s much easier to be objective about answers to specific questions than it is to be objective about what questions to ask at all. That requires in-depth self-knowledge, an awareness of our preferences and biases, our influences and aspirations. That’s not something that’s taught in law school, or learned in any professional setting. Historically, I think many Supreme Court justices have been woefully naive about themselves. They have been unable to see — or at least admit — all the myriad ways in which their personal lives and backgrounds are woven into every aspect of their professional decisions.

Al-Tounsi is fiction, but it’s based on the real-life legal case of a prisoner held at Guantanamo Bay. What was it about that particular case that compelled you to explore it in a novel?

I was interested in the 2008 case Boumediene v. Bush for political and legal reasons. Politically, the treatment of the detainees at Guantanamo Bay Naval Base was — and remains — ominous, a signal of how U.S. culture views war (ongoing, never-ending) and presidential power (absolute). Legally, the establishment and use of that naval base for holding detainees raised all sorts of fascinating questions about U.S. sovereignty and about our nation's international responsibilities. Those issues were all timely and fascinating to me.

Both those issues alone don’t make for an interesting novel. As a novelist, I was more fascinated and excited by the moral and personal questions raised by habeas corpus, the ancient legal doctrine at stake in those cases. Habeas corpus is the legal system’s check on executive power.

In the case I fictionalized, the detainees were suing for the right to use that writ to get their claims into federal court. The use of habeas corpus addresses moral and philosophical ideas about who we are as a nation and people, and about our rights and responsibilities as individuals. When fictionalizing that case, I could interconnect the personal stories of justices with the larger political and legal story of the United States. It was a rich format for me to think about and explore big ideas.

This is your first novel after a long career as a playwright and author of short fiction. Did you approach the writing of Al-Tounsi any differently than you did your earlier works?

It basically put me back to school. It took me years and years of research! I had no legal background when I began this project, but I wanted the novel to be serious, detailed, and original about the legal questions. I wanted my justices to feel complex and authentic.

Once I’d done enough research and thinking to understand the issues and to formulate my opinions, the writing relied on techniques and skills I’ve developed with my other work. The real trick for me was balancing all that research and information with the novelistic imperative to tell a good story and to write fully realized characters.

You grew up in the DC area, hold dual Canadian-U.S. citizenship, and reside in Toronto. Given how politically charged life around the nation’s capital is these days, are any of your Washington friends asking for refuge yet?

Yes, indeed! But it’s one thing to wish for refuge in a more sane country and another thing entirely to move away from your whole life. I don’t know anyone in Toronto who has actually made the move for political reasons (other than some older draft dodgers, who arrived in a different era). It’s also not easy to move to Canada. We’ve got our immigration laws up here, too. It’s no sure thing for a person to get residency. There are plenty of refugees from all across the world who want to come to Canada, and who likely have a stronger claim than does a U.S. citizen.

An Interview with Kris O’Shee

The therapist/choreographer celebrates her late husband, Alan Cheuse, in a new memoir.

Shalom/Salaam: The Story of a Mystical Fraternity

A deeper look into the important story of the development of Sufi mysticism and contemporary Jewish-Muslim relations.