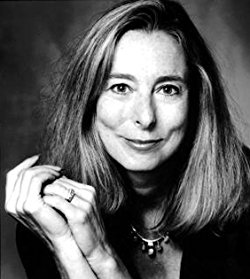 Washington, DC, native and award-winning writer Ann Beattie wants to talk about fellow author Peter Taylor these days. Formerly colleagues at the University of Virginia in Charlottesville, Beattie took on the massive task of reviewing Taylor’s impressive canon for a new Library of America two-part collection, Peter Taylor: The Complete Stories. She’s also just released a new collection of her own short stories, The Accomplished Guest. We spoke in early September.

You’ve said — half-jokingly, I think — that you spent the last year of your life working on the Peter Taylor project. This must have been a labor of love for you.

First of all, it really was a labor of love. I mean, I knew Peter when I was very young and he was always just terrific to me. But even more than that, I always admired his talent so much, but this did give me the opportunity, which is unique for me, of reading or rereading, and in many cases reading for the first time, a lot of Peter's work in chronological order. It was like my own one-person crash course in how Peter evolved as a writer, and not something because of the sheer volume of his work that I would mostly have the luxury to do otherwise, if it hadn't been that I was working for the Library of America on this.

He's probably been lumped in as a "Southern writer," but I think most people would be more familiar with Truman Capote, Flannery O'Connor, and others. Do you think Peter is a little underrecognized?

I think Peter is hugely underrecognized. I don't know that that really has everything to do with it. In other words, I wouldn't want to emphasize that it has to do with his being a Southern writer. I wouldn't think to personally categorize him that way, although, certainly technically, he is a very Southern writer, I suppose. When you say Capote, you're exactly right. I don't think, for example, that millennials read the work of Truman Capote or care about it. I'm of a very different generation, but I have to say, in the academic world, Capote was never spoken about to me. I never heard the name when I was in undergraduate school, graduate school, or anything else.

You're obviously a very accomplished writer and novelist, and I wonder how, after reviewing Peter's work so intensely, you would contrast yourselves as writers.

Peter's a trickier writer than I am. I mean, he set out to set traps for the reader and he did it very subtly and very effectively. I think that in some ways, as I say in my introduction, he was so good at that, that a lot of people don't realize either how much he accomplished, or sometimes even what they're reading. I mean, he had it both ways. I think there are many levels on which you could read Peter Taylor and truly understand important things. I don't think you'd be missing what's important if you didn't get everything that was there, but the way he builds a story was so very different from the way I structure a story that I think that alone makes us so different that there's not too much comparison, except in terms of being interested in interpersonal reactions, families, all that kind of thing. We have certainly addressed some of the same topics, but the form we take to address them is radically different.

I want to talk about how he addressed race relations. Labeling him as a "Southern writer" in a way that John Updike is not called a "Northern writer," it's a funny moniker. But how do you think he confronted race relations or race issues, given his geography?

I think that what I say in my introduction is that he addressed them forthrightly. I don't really know that, in his mind, he was so much distinguishing one class of character over another. In other words, in many of Peter's works, you find a mix of all kinds of generations, all kinds of classes, et cetera, and that's just Peter's way of presenting his material. But, I would say that his humanity and his empathy is so great that you never find stereotypes in Peter, regardless of race or social class.

You spent a lot of time in Charlottesville. Obviously, he did, as well. It's impossible to say what somebody would have said, but I wonder what he might have thought about the recent events in Charlottesville, and I'd be interested in your own reaction.

Michael Causey is co-host of Get Up!, a Monday-morning program on 94.3 FM and takomaradio.org.

The Future of Biography