Why must writers of color clear a higher bar? 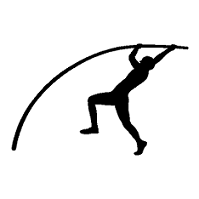 A concern has arisen in the crime-fiction community — more brazenly in some conversations than others — about quality. Specifically, and in its most open state:

One of the few advantages of being a minority is the view we have of the majority — we see them more clearly than they see us. This is because the white perspective is the accepted perspective, the one most often presented.

But we see more for another reason, too: safety. We have to know what you like, and what you’ll accept, in order to survive this society. When you’re the only minority in the room, you are absolutely observing everyone to a heightened degree. And, in that sense, we are utterly, hopelessly aware of how our work is being treated.

Let’s use an example that’s been in the news lately: Supreme Court nominations.

But not that one.

I think a lot about the nomination of Sonia Sotomayor and how the analyses presented by media outlets often described it in terms of the political appeal to Hispanics…which, in turn, unsubtly brought that question of quality to the forefront. Was she nominated simply because she’s a Hispanic woman?

Contrast that to the appointments of John Roberts and Neil Gorsuch, and the nomination of Merrick Garland, and how little (if at all) it was mentioned that these men were nominated to pacify the concerns of a white voting bloc.

It’s considered silly to claim that a white man has been given a job to ensure white audiences are pacified. That aspect of quality behind a white choice is generally unquestioned…unless the candidate is hopelessly unqualified. Otherwise, it’s unmentioned.

If we do claim writers of color are only encouraged because of racial reasons, then we have to realize that, for years, we’ve done the same with white writers.

Instead, we should consider why the masterful works of a Walter Mosley or Sujata Massey — as two examples; there are many more — stand out in the world of crime fiction, regardless of the company they’re placed in.

For people of color (and, in terms of disenfranchised voices, especially women), there have always been doubts leveled at what we’ve championed. Yes, you may like it, and it may have some engaging qualities, but is it good? Is your cozy mystery as good as 1940s noir? Is your jazz or hip hop as good as classical music or rock?

This is where the question of quality is often introduced. And it’s a concern I understand.

I’ve written about this in this space before but, as a writer, I was reared within the Western canon. The work I was taught to admire was often composed by white men. I still love those stories and poems and novels.

But, perhaps because of my mixed race, I’ve always been open to finding greatness elsewhere, from writers whom the canon has been reticent to acknowledge. And I’ve often been told that, when it came to those other artists, I was wrong to enjoy their work. They simply weren’t as good as canonical icons.

Why are the gatekeepers reluctant to allow those disenfranchised voices in? Is it simply because they’re different? Or is it because of what those voices reveal, the potential they have (and often exhibit) to show the majority in an unfavorable light?

I suspect it’s both.

Art is, perhaps, the only avenue in which we actively open our perspectives. Most of what we do, in contrast, isn’t done to expand our experiences; particularly in today’s society, we talk, tweet, and otherwise engage to angrily dig in our heels.

But we read because a writer is sharing a perspective he or she has found compelling. And it would be a true pity for the person moved by the masters of the past to not find the same sense of excitement, the same intellectually awakening and emotionally searing writing, in today’s work by writers of color.

If not, what a missed opportunity.

(I’ll be moderating a panel at this year’s Fall for the Book about this very topic! Come see the “Crime Fiction as Social Commentary” panel on Sat., Oct. 12th, at 1:30 p.m., at George Mason University in Fairfax, VA. I promise not to yell.)

Writerly advice for the Cupidly confused