Why we should bend the elements of isolation. 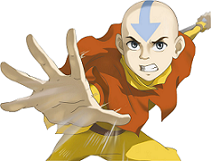 During this time of quarantine and covid-19, of protests and the killing of George Floyd, of reflection and public action, the recreations of pop culture can feel frivolous, if not downright unnecessary.

And, yet, most people would not deny that the amount of movies, TV, cartoons, music, and literature consumed during the past three months has been enormous.

“Avatar: The Last Airbender” returned to Netflix recently, and it’s been a joy to see people discover it for the first time. Over three seasons, the show follows the adventures of Aang, a 12-year-old airbending monk tasked with saving the world from an aggressive nation of fire-wielders attempting to conquer it through military force.

The series has some undertones that critique the Bush administration’s use of war and empire in the early 2000s, but at its heart, it’s a show about friendship, direct action, and maturing in a world where there are few easy answers.

Sure, it’s a kids’ program, but one that adults can enjoy on its own merits. I recommend it highly. What is interesting to me is how that show, which I probably watch annually with my family, has invited me to think about how poets make use of episodic or serial elements to produce their work.

Many readers are probably familiar with certain poem cycles — such as a crown of sonnets, or tankas — as well as epic or book-length poems like Homer’s The Iliad or Derek Walcott’s Omeros. But perhaps there’s an opportunity to adapt something from episodic TV that can be used to bind poems together in interesting ways. While certainly there are the methods that result in novels-in-verse, I’m thinking more about the way a poet may take a group of poems not written as a unified project and identify a through-line.

Returning to “Avatar: The Last Airbender” for a moment, one of the most enjoyable things about that show is its willingness to have digressive, one-off episodes seemingly unconnected to the larger plot of Aang saving the world.

The same can be true for poets putting a collection together. When examining which poems “fit” in a book, making space for digression and humor can allow the book to breathe. It’s another version of Richard Hugo’s idea of “Writing Off the Subject,” one simply made more maximal.

A well-placed rabbit trail is not a distraction, but sometimes a way of keeping the construction of a book honest and human. It can be a grounding wire for the electricity and intensity of the collection.

I think these efforts also counteract the self-seriousness or pseudo-mysticism that can sometimes permeate our rarified understanding of poetry. For example, when I hear poets say, “Every poem is a prayer,” I always want to ask, “What does it mean to pray?” If a poet is going to make such a statement, they should have a satisfying answer to that follow-up question, even if the reply is a humorous diversion. TV shows often do that well.

One of the things we all may be learning during these times is to pay attention to our diversions. What once seemed frivolous may be the foundation to building what comes next in our imaginations.

Steven Leyva, an assistant professor in the University of Baltimore’s Klein Family School of Communications Design, is the winner of the 2020 Jean Feldman Poetry Award for his collection The Understudy’s Handbook.