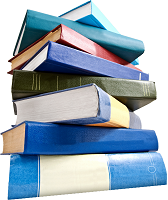 I read a book for this column, I really did — although, in my recent delight at starting the incomparable Dick Van Dyke’s memoir, My Lucky Life In and Out of Show Business, I’d forgotten what that book was by the time I got around to writing about it.

(A scan of my reading spreadsheet reminds me it was Layla Alammar’s eloquent, claustrophobic Silence Is a Sense, which does not deserve to be consigned to history as forgettable in any way.)

Then I realized two things. First, this piece will be published one day before my birthday. And second, I’ve been writing this column for more than a year! Instead of focusing on a particular book this time, therefore, I’ve decided to invoke the ancient Anniversary and Birthday Rites and simply reflect on my lifelong journey with literature.

As one might expect from an aspiring editor, my first exposure to books was early and often. Both my parents took great delight in reading to me, and as the daughter of a proud German, I had the added advantage of learning to read in two languages. In addition, my mother is a linguist, so my career path is perhaps the most predictable I could have chosen — but I don’t care; I just love books.

Although I don’t remember when I started reading on my own, I do remember some of the books that made indelible impressions on me over the years: Karen Hesse’s sparse, heartbreaking Out of the Dust; Sharon Creech’s extravagant, celebratory Bloomability; Ellen Raskin’s spooky, suspenseful The Westing Game; and Natalie Babbitt’s achingly immortal Tuck Everlasting.

My parents’ house had the quintessential reading tree in the back yard: a sturdy, scalable item with a Y-shaped trunk perfect for leaning against. Whole summer afternoons passed in a haze of fiction and sunshine.

In high school and college, my relationship with books became slightly more complex, as I imagine is true for most people. Being required to read several books not of my choosing every year was a rude awakening — but as I began to enroll in more specialized elective classes, the books began to align more closely with my interests.

From Tim O’Brien’s agonizingly haunting The Things They Carried to Haruki Murakami’s Hard-Boiled Wonderland and the End of the World, which stubbornly sticks with me despite my inability to quantify its dystopian whimsy, I discovered new niches to enjoy. Georgette Heyer’s These Old Shades was my delightful introduction to Regency romances, while The Surrendered, by Chang-Rae Lee, illuminate an entirely new aspect of the Korean War for me.

In fact, the concept of reading as homework strikes me as one of the great benefits of higher education, one that still feels almost like a trick: After all, it’s hard to approach William Goldman’s hilarious, heartwarming The Princess Bride as required reading, even if it is.

It always seemed to me that I lost touch with reading for a number of years after graduating college and going on to work a series of jobs — including B2B reporter and psychological science magazine editor — yet my life partner during those years remarked frequently on my voracious appetite for books. Perhaps it was more that I didn’t feel I had enough energy to fully absorb what I was reading.

That changed with a series of events that, in retrospect, seem linked but in fact were simply coincidences: I got divorced, quit my job, started grad school, and began working part time as a nanny. And the pandemic hit.

Suddenly, long stretches of time that would normally have been reserved for commuting or drinks with friends were open to me. And although I probably watched a little more of “The Golden Girls” than I should have, I also found time to read a record number of books. My favorites from the last couple years include: Mary Roach’s Grunt: The Curious Science of Humans at War; Lynne Olson’s Madame Fourcade’s Secret War: The Daring Young Woman Who Led France's Largest Spy Network Against Hitler; Jerry Mitchell’s Race Against Time: A Reporter Reopens the Unsolved Murder Cases of the Civil Rights Era; and Patrick Radden Keefe’s Empire of Pain: The Secret History of the Sackler Dynasty.

I don’t know when I’ll have this much time to read again, so I’m trying to make the most of it. Any good suggestions?