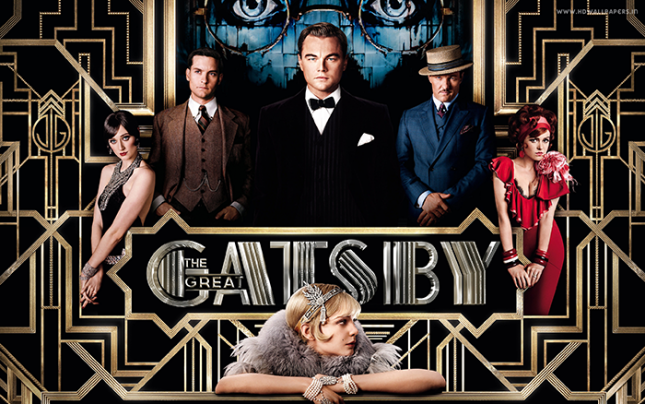 I’ll admit straight off that I have studiously ignored the hype around the new film version of F. Scott Fitzgerald’s The Great Gatsby and have no interest in seeing the movie. The early reviews have done nothing to change my mind. A.O. Scott in the New York Times says the film is “eminently enjoyable” but also that it is “gaudily and grossly inauthentic.”

It seems to me from the trailers and other snippets that I have seen to be an over-produced over-the-top film typical of today’s Hollywood and one of the reasons I go to the cinema a lot less often these days.

Full disclosure: I was a fan of the Robert Redford film even though critics dissed it at the time. It’s stayed very much in my mind and I was astonished to see on IMDb that it came out in 1974!

The novel remains so magnetic because all of us can relate to the yearning so palpable in Jay Gatsby’s pathetic efforts to gain social acceptance and retrieve a lost love. The class and social distinctions that were barely crumbling when Fitzgerald wrote the book in 1925 have to a certain extent re-emerged in our new gilded age, making Gatsby more relevant than ever. The conspicuous consumption of today’s billionaires probably has more in common with Baz Luhrmann’s scenes of revelry than with any realistic portrayal of a Long Island party in the Jazz Age.

The beauty of reading a book, aside from relishing the writer’s language, is that you can picture the characters and action for yourself. I’m often disappointed by the film because the actors cast in the roles don’t correspond to the pictures in my mind. For what it’s worth, I thought Redford portrayed well the tentativeness and insecurity that characterized Gatsby despite his drive to succeed. And Mia Farrow had the right amount of brittleness and, well, craziness, to portray Daisy. I can’t imagine Leonardo DiCaprio and Carey Mulligan succeeding nearly as well.

And the supporting cast of the earlier version – including Sam Waterston as Nick Carraway and Lois Chiles as Jordan Baker – was excellent and perhaps less obscure than the actors in the supporting roles of the new film.

I suspect the new film will be as trashed by the critics and as loved by the public as the 1974 version. People like the story and every generation deserves its own film version. So be my guest and enjoy this 21st century Gatsby. But I’ll be sitting this one out. I think the magic and evocativeness of Fitzgerald’s story works best when you read the book!

Darrell Delamaide is a writer and journalist in Washington, DC. His latest book is The Grand Mirage.

A continuation of a conversation between novelist John Locke and WIRoB reviewer Tom Glenn.