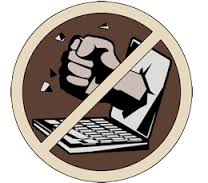 Writing is a hard business. This is no surprise to any of us who write — or want to write — for a living. When we put out a new novel, memoir, or short story, we are putting out a piece of ourselves. Calling one of my stories sucky is like saying my child is stupid. And ugly. And should have been given up for adoption.

Part of how I overcome criticism is by searching out my tribe (writers). We commiserate, inspire, and support. I’ve felt all of these things from other writers, and I hope I’ve given back as much as I’ve taken. Being part of a community with a common goal makes me feel I belong somewhere.

Along the way, various writers have mentored me, making me not only better at what I do, but more professional, too. Someone who takes myself and my work seriously.

This next part may seem like a non sequitur, but I promise it’s not. I have a favorite T-shirt that says, “Kindness is Contagious.” I believe that. I also believe that cruelty can be just as contagious, especially when it’s on the Internet, where common decency at times is sadly lacking. Nothing like a good pile-on, right?

Recently, there has been an online furor about a self-pubbed author who went on a popular crowdfunding site and asked for contributions so that this author could quit work and write full time. Not surprisingly, the author quickly earned the scorn of other writers and readers alike.

“Unprofessional” was the kindest assessment. When some writers (and plenty of non-writers, as well) then crossed the line into name-calling, the author responded with vigor. I won’t repeat what was said, but it brought a whole lot more negative attention to the author.

Where am I going with this? Well…here it comes, and I know it won’t be popular…but why did there have to be an attack in the first place? Sticks and Stones and all that. But we as writers know that words have the power to wound, sometimes deeply.

So, I ask: Is this a mature response to writers we feel have stepped out of line? Hazing? Because there’s a reason I didn’t join a sorority in college.

Consequences can be a bitch. But that doesn’t mean I have to be one.

Yes, I know I’m not perfect. I enjoy a good bout of schadenfreude as much as the next person (maybe even a bit more). I admit to giggling when I first read the author’s request. I thought to myself, “entitled much?”

But then I checked myself.

I’ve made lots of mistakes, both personal and professional. A few still make me cringe. What if my tribe had been just as unforgiving for some of my mistakes? Would I be doing what I’m doing now? How would I push past it, especially now that social media catalogues all my slipups for posterity?

I’ve been asked by some writer friends to wear a purple shirt for Spirit Day (October 15) as a stand against bullying and to show my support for LGBTQ youth. These are causes I believe in. My “Kindness is Contagious” T-shirt happens to be purple, so you can bet I’m going to be wearing it.

Only it makes me cringe a bit to think about taking a stand against bullying on that date, yet keeping my mouth shut when someone else is being bullied now — even when the target of the bullying is not particularly sympathetic. But see, that shouldn’t really matter. Bullying is wrong. Period. So how can I stand up for one victim, but not another?

As writers, we face more online bullying than most. We’re putting ourselves and our work out there to be critiqued on a daily basis. That’s a nerve-wracking endeavor. And I count on my tribe to be there when I need them. So I hope my tribe will stand with me when I don my purple shirt on October 15th and say no to bullying — of all kinds.