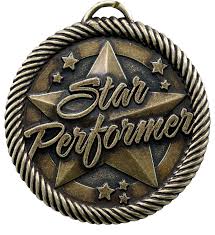 I went to my first reading in college and, wow, I was super bored. I don’t remember who the author was, but the writing was terrific — it was the delivery that sucked. The guy stared into his book, mumbled into the microphone, and…that was it. I kept thinking, “I’m going to publish a book someday, and I’m going to be so much cooler.” (I did. I’m not.)

I’ve gone to a lot of readings since then with mixed results. Some writers are pros. I went to Art Taylor’s book launch last weekend at One More Page, and the short excerpt he read had the crowd captive (it helps when your book is good; check out On the Road with Del and Louise and thank me when you’ve finished it). But a lot of writers, understandably, aren’t natural in front of an audience. We can’t all be Taylors or Oppermans.

Not that we have a choice. People expect readings and, honestly, I’m not sure what else authors could do for a crowd. Attendees could watch you write, but that usually involves a lot of staring at a wall and absent-mindedly scratching yourself.

Here’s the thing: We’re entertainers. A reading is a performance. So, with that in mind, I’ve come up with five tips on how to give better readings:


Which is really the point of this essay. We’re entertainers. A reading is a performance. Keep the audience happy. It’s your responsibility.

(Speaking of Noir at the Bar, YOU are invited to DC’s second! Saturday, October 3, at Wonderland Ballroom (click here for info). There’s a great roster of writers on hand, including two mentioned here — Jen Conley and Art Taylor. You can also hear Sarah Weinman, Peter Rozovsky, David Swinson, Nik Korpon, Austin Camacho, and Dana King. It’s a massive lineup. I’m hosting, but I’m also going to read something, so you can watch me clumsily break all the rules I just established.)

You’re Going to Suck at Parties: My Speech to Graduates

A little free advice on writing, life, and the writing life