The lasting impact of influential influencers 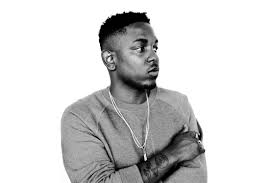 So don't matter how much I say I like to preach with the Panthers
Or tell Georgia State "Marcus Garvey got all the answers"
Or try to celebrate February like it's my B-Day
Or eat watermelon, chicken, and Kool-Aid on weekdays
Or jump high enough to get Michael Jordan endorsements
Or watch BET cause urban support is important
So why did I weep when Trayvon Martin was in the street?
When gang banging make me kill a nigga blacker than me?


— Kendrick Lamar, “The Blacker the Berry”

You probably don’t listen to rap, and that’s okay. I don’t expect to convert you by the end of this column. Just stick with me for a few paragraphs, because rap is having a “golden age” kind of moment, and you and I need to talk about the similarities between this moment in rap music and writing.

But calling it “a moment” doesn’t quite cover it. The genre is going nuts. Established industry veterans are putting out deeply personal and poignant songs matched with compelling videos and, even more impressive, newcomers to the genre are making music that’s just as complex and sophisticated. And all of this output has culminated with what may be considered one of the most important albums released in recent years, 27-year-old Kendrick Lamar’s “To Pimp a Butterfly.”

I had a quick e-mail conversation about rap with writer (and publisher of the excellent press Broken River Books) J. David Osborne, and he and I couldn’t understand why more crime-fiction writers don’t like rap, particularly, as he pointed out, since it’s a genre dependent on words.

I agree with that reasoning and, for my two cents, the 40s-styled noir that crime-fiction writers often treasure has been recreated in rap’s slang, a rebellious reincarnation similar to the re-appropriation of language Mikhail Bakhtin termed “polyglossia” (I feel wicked smart right now). Writers who love the excitement of that street-sweetened wordplay are missing out.

There’s a running theme that’s inspired this output in rap, as the lyrics above indicate: police behavior in black communities. You listen to Lamar’s “To Pimp a Butterfly” and you can feel the anguish, the loathing (self and outward), and the fear produced by news reports of the last year. And these events have pushed rap to a height — musically and lyrically — that we’ve only infrequently witnessed in music.

That said, I’m generally not a fan of politicizing art. I don’t necessarily agree with the concept that “the personal is political,” even if it bears merit (there’s a difference, after all, between bearing merit and proven fact).

But I have to admit that some of my favorite works were influenced by the politics that surrounded their authors. As a college kid, I fell in love with Ibsen’s plays and Baldwin’s prose, and both were in response to the writers’ disgust at societal outrages. I could feel the anger, the sense of necessity and purpose, in their words.

No doubt I’ve written somewhere before that For Whom the Bell Tolls is one of my favorite novels; it burns with Hemingway’s experiences in the Spanish Civil War and his eventual disillusionment. That novel, like any other, ebbs and flows in momentum, but the inspiration never runs dry.

It’s a tough trick to pull off, letting a pure note linger over the length of a book. But usually there’s something you’ve seen that’s so haunting, that’s damaged you so irrevocably, you have no choice but to revisit it. Inspiration is the thing that can be captured in a moment, but felt over a lifetime.

The best art lives in that brutal experience. You remember and ache and sing and know someone will listen. You can just feel it.

(Remember: Dames at Dusk is happening on Sunday, May 3, at Kramerbooks in Washington, DC, at 7 p.m. Eight terrific women reading their crime fiction and one terrific jazz singer singing noir-inspired music. Readings! Music! Booze! And you!)

My to-be-read stack is getting out of hand

Thoughts from a debut writer on attending ThrillerFest.