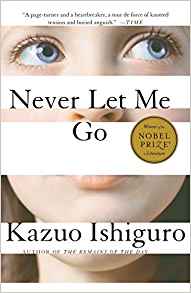 I’m the kind of neurotic book lover who reveres books as objects. I tremble to even write my name in the front of a book or adhere a bookplate, and even when I’m researching, the most I can do is make gentle margin notes in pencil.

But I have been so moved to anger by a book that I’ve hurled it across the room. A few times.

It’s always because of the ending.

In Love in the Time of Cholera, the main character is an obsessive man stalking a woman who professes to be happy. He pressures her into giving up her happy life to be with him, then they sail off into the sunset. I guess for the many readers who were seduced by the protagonist and wanted him to be with the object (emphasis on object) of his affections, this is a happy ending. But I hated his selfishness and was infuriated that she had to capitulate for his happiness.

Here in Literally Kind, we’re not blind to suffering. I’ve quoted books about plague, slavery, and Stalin’s purges, among other horrors. I started this series saying that the column won’t shy away from the worst parts of humanity, even while we celebrate the best.

And I still think miserable endings are garbage.

So, to kick off the beginning of 2019, here are five reasons why fictional endings are better off happy(ish).

Carrie Callaghan’s debut novel, A Light of Her Own, came out from Amberjack in 2018. The novel examines the life of 17th-century Dutch painter Judith Leyster and, yes, it has a happy(ish) ending. Carrie would love to hear your thoughts on endings via Twitter at @carriecallaghan or her website: www.carriecallaghan.com.