13 Top Titles in Honor of National Read a Book Day

What to give non-readers to turn them into unabashed bookworms 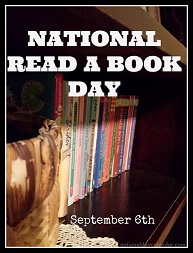 Let’s say there are some non-readers in your life. (Let’s. Just. Say.) Is there anything you can do to turn things around? Yes! Give them something from this baker’s dozen list of great reads, and who knows? You may score a new member for your book club.

Perfect presents for the bookworms on your gift list.

Half a dozen can't-miss titles landing this summer.