10 Things to Know about Your Out-of-Print Book 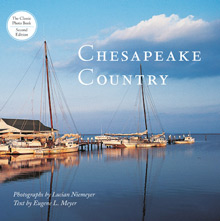 [Editor's note: Eugene L. Meyer will read from Chesapeake Country (Second Edition) at the Takoma (Washington, DC) Busboys and Poets on March 16th at 6:30 p.m. and at the Alexandria, VA, Barnes & Noble on April 18th at 2 p.m.]

Eugene L. Meyer is a member of the board of the Washington Independent Review of Books, a magazine writer and editor, and a former Washington Post reporter and editor. Follow him on Twitter at @GeneMeyer.

You know what to do, word nerds!

We here at the Independent love every piece we run. There are no winners or losers. But all kidding aside, here are February’s winners.