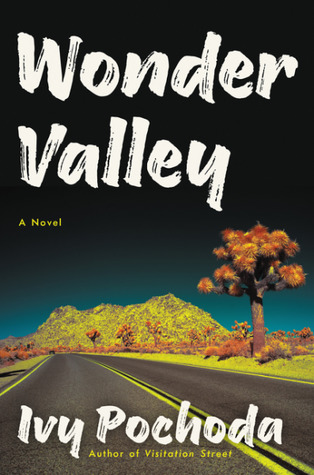 Ivy Pochoda’s third literary outing, Wonder Valley, is not to be missed, though it does contain a few minor flaws. The opening outlines a chaotic scene: a teenage boy running against traffic down L.A.’s Highway 110. As the police and various reporters relay the scene, the book jumps around to different commuters stuck in the jam. In this manner, most of the characters are introduced.

Some already know the runner; others have no idea who he is but are drawn to him regardless. He becomes the epicenter of this intriguing novel as the text carefully begins unraveling a powerful story of disenchantment, the struggle for more, and the seeming futility of trying to escape the life in which one is stuck.

The offbeat early morning run is set in 2010, but the book quickly shifts to 2006. Throughout, readers are volleyed between these years and offered little bridge-building clues to strengthen any links in the timelines.

In 2006, the stories of Britt (a college dropout whose loss of a tennis scholarship is the least of her worries), Blake and Sam (a criminal duo), and James and Owen (twins separated by a traumatic event) all begin. Conversely, the tales of Tony and Ren stay solidly in 2010.

The novel follows the delicate balance between the life a character lives versus the life for which he or she wishes. Wonder Valley is a chronicle of the quotidian and the ever-present struggle to rise above it. As the character James says to Ren, “We’ve all got stories. And trust me, there’s always someone whose story is worse than yours.”

Pochoda’s book has many strengths, but the plot feels forced at times. For example, the fact that James, Blake, Britt, and Ren all end up on Skid Row seems farfetched; the author’s puppet strings become visible.

Also, the first two quarters of Wonder Valley bounce haphazardly between characters and timelines. Consequently, the gradual reveal of how the 2006 events relate to — and influence — the later ones are less satisfying than they otherwise might have been.

These flaws aside, however, Pochoda’s novel is compelling. While it’s true that readers hoping for a linear plot may be sorely disappointed, those searching for brilliant characterization will be delighted. For them, the author’s skill creates an experience of total immersion.