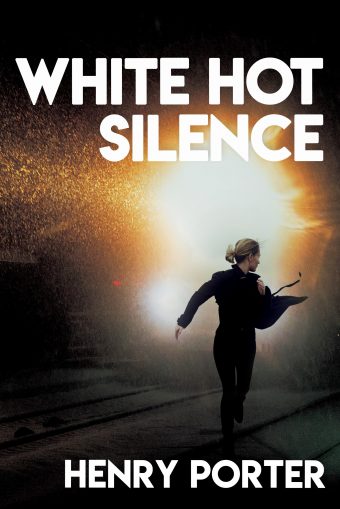 White Hot Silence was a pleasant surprise. If such a classification existed, I would be characterized as a lover of domestic thrillers. In this book, the adventure took me from Calabria across the Mediterranean to Estonia and, finally, to Russia. Even though I suffered jet lag and sea sickness, Henry Porter’s international espionage yarn was worth it.

Early in the novel, the author gives us dialogue that really identifies his underlying message. In a conversation with her former lover, Greek aid worker Anastasia says, “Paul, we saw each other in a moment when we both thought we were going to die. After that, you really know a side of a person that no one else is going to see. There’s a fucked up intimacy in that, as well as a kind of shame. It’s like the ultimate nakedness.”

The intensity starts early, when Anastasia is kidnapped by the Mafia in order to prevent her husband, Denis, from exposing a misappropriation of funds designed to support terrorism. The situation gets further complicated when Denis is falsely jailed and unable to assist in his wife’s rescue. In desperation, he hires Anastasia’s former lover, Paul Samson, a genius at finding missing persons.

The author does an excellent job with his characters. The title White Hot Silence refers to Denis’ demeanor when he is filled with rage but incapable of changing his situation. The reader feels his anger, as well as his obstinacy.

Anastasia is simply a survivor: strong, resourceful, and resilient. Her would-be rescuer, Paul, will go to any length to save her, but his Achilles heel is the fact that he never stopped loving her.

One of the most interesting characters is the Russian Kirill. Portrayed aptly as a ruthless savage, the leader of the abductors spouts right-wing-inspired rhetoric about how the leftists and socialist philosophies will allow Russia to regain its former power in the world.

(If Hollywood elects to make a movie of White Hot Silence, it’s likely that Kirill’s ramblings will end up on the cutting-room floor.)

But what really makes the novel work is the author’s excellent pacing. I never felt bogged down by descriptions of remote places, and the combination of plot-expanding dialogue and necessary action made this a compelling read.

Before I return to my comfort zone of courtroom dramas, serial killers, and good old-fashioned American crime, I believe I will need to read Porter’s prequel to White Hot Silence, the equally promising-looking Firefly.