Wannsee: The Road to the Final Solution 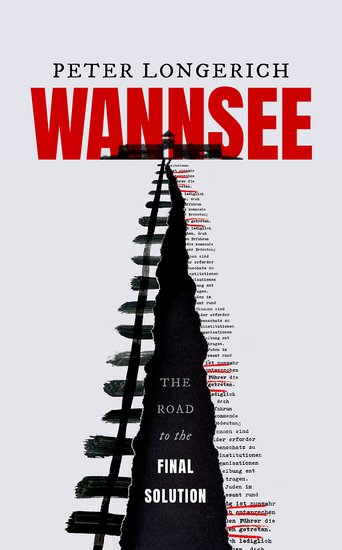 Certain place names stay with us long after the events that made them indelible symbols have faded, and even as they are remade into something unrecognizable and unrelated.

Think Omaha Beach, forever linked to the D-Day invasion that led to the liberation of Europe during the Second World War. What is now a public beach with romping children and families sunning themselves was once the site where thousands of Allied troops landed, and many died, on June 6, 1944.

Then there is Wannsee — a locality on a lake bearing the same name and a family playground in a southwestern suburb of Berlin — the last stop on the U-Bahn transit line. Eighty years ago this month, on Jan. 20, 1942, a luxurious villa overlooking the lake was the site of a 90-minute meeting (followed by breakfast) of high-ranking Nazis to design “the final solution” to “the Jewish problem.”

That is, the problem of what to do not only with the German Jews still living within the Reich proper but also the 11 million Jews in European countries the Nazis had either already conquered or planned to in the war they fully expected to win.

The Wannsee Conference was not, however, about the genocidal gas chambers that weren’t yet fully established or even the Einsatzgruppen, the traveling killing squads already at work in former Soviet and Polish shtetls — small towns like Voloshin, my maternal ancestral home in what is today Belarus, where, on Oct. 28, 1941, 300 Jews were summarily executed on the sports field adjoining the movie theater (and where, the following May, most of my relatives were killed).

According to author Peter Longerich, a German historian of the Holocaust whose Wannsee was first published in German in 2016 and has now been translated into English, the Wannsee Conference had a more limited focus.

Its convenor was Reinhard Heydrich, head of Reich intelligence, who envisioned not outright mass murder but rather the deportation of the Jews to remote, former Soviet territories, with “so-called transit ghettos” serving as waystations to the east until the war’s successful conclusion. Of course, Heydrich assumed these expelled Jews would largely perish by “natural wastage” from forced labor, hunger, and barbaric living conditions.

During the meeting, much discussion was devoted to defining who was a Jew, especially in situations when one of a person’s parents or grandparents was not. This sounds remarkably like the so-called one-drop rule applied in the Jim Crow South. The German term for this “intermediate” race was mischling, or mulatto in the American experience. The issue was whether to exempt such individuals from the harsh evacuations. Those who wished to remain in Germany could be sterilized, it was suggested, thereby maintaining the “purity” of the master race.

We know all this from the only extant set of the conference’s minutes, kept by Adolf Eichmann, one of the principal organizers of the Holocaust. A typed facsimile copy in German, with English translation, is included in the book. It provides the basis for Longerich’s commentary and analysis. The minutes also list the participants, most of whom, prior to the unearthing of the document, denied they were present.

Escaping accountability when Hitler’s regime fell, Eichmann fled to Argentina. There, he was famously hunted down and eventually captured by Israeli agents, then flown to Israel, where he was tried, convicted, and executed in 1962 for his role in the Holocaust. The final solution for Heydrich came in June 1942, when he succumbed to injuries sustained during an assassination attempt by Czech resistance fighters in Prague.

Heinrich Himmler, Heydrich’s internal antagonist pointedly not invited to Wannsee, blamed the Jews for Heydrich’s death and used the assassination as an excuse to accelerate his desired final solution by way of mass murder. Himmler was the second most powerful Nazi after Hitler and is regarded as most responsible for the large-scale extermination of European Jewry.

In the twisted logic of Nazi thinking, Heydrich’s plan sounds almost humane in comparison to Himmler’s. He would even have set up “Jewish old people’s ghettos,” sparing from evacuation those over 65, severely disabled Jewish war veterans, and highly decorated Jewish veterans (Iron Cross 1st Class). With his death, all such plans were scrapped in favor of Himmler’s out-and-out genocide.

If Heydrich’s final solution was forward looking — essentially, a postwar plan — Himmler determined to make the Holocaust a primary reason for the war itself.

“Thus what were originally means and end had been reversed,” Longerich writes. “War was no longer being waged in order to create the conditions for the ‘final solution,’ but rather the ‘final solution’ was being placed in the service of the war.” The Wannsee Conference, he continues, had “set the course for this reversal.”

A small criticism of Wannsee: Longerich has written so extensively about the Holocaust (I counted 16 prior books), he seems to presume readers have as much knowledge as does he. Though he includes a list of abbreviations, some important items go unexplained. These include the Four Year Plan, a series of economic measures Hitler instituted in 1936, and the General Government, established to administer conquered Poland, Slovakia, and the Soviet Union. The Internet provides the missing information, but so, too, could have the author of this slim but important book.

Eugene L. Meyer, a member of the Independent’s board of directors, is a journalist and author, most recently, of Five for Freedom: The African American Soldiers in John Brown's Army. Meyer has been featured in the Biographers International Organization’s podcast series.

The Tangled Tree: A Radical New History of Life

It wasn’t Darwin’s fault that he didn’t have access to fully sequenced genomes.