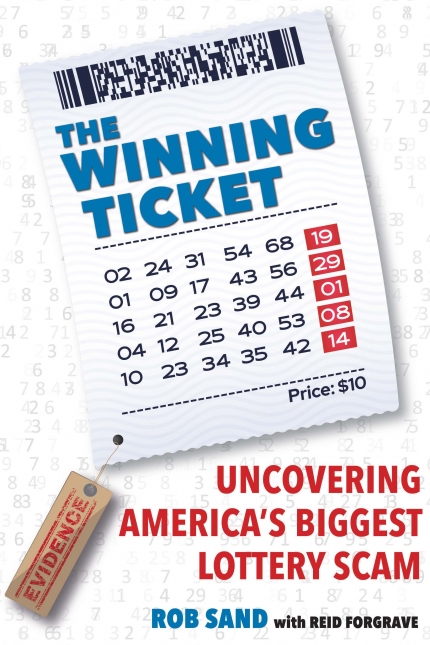 In June 2014, then Iowa assistant attorney general Rob Sand was handed an old criminal file that had been rejected by every other lawyer in the office. A winning $16.5 million lottery ticket — sold more than 46 months prior — had finally been presented for payment. The claim was refused by the Iowa Lottery, however, because the man redeeming the ticket looked and sounded different than the original purchaser, who’d been seen on grainy surveillance video from an Iowa QuikTrip gas station.

That December 2010 footage showed a large man in a hoodie buying the winning ticket. The clerk remembered that the man had entered the 10 numbers manually rather than let them be selected randomly, as most people did. Surveillance video of the shop’s exterior captured the purchaser’s SUV, but investigators had so far been unable to identify either the man or his vehicle.

So, Sand decided to go public with the QuikTrip video. Soon after, Eddie Tipton, an employee of the Multi-State Lottery Association (MUSL) with a distinctive Texas accent, was identified as the man on the tape. He was a gifted tech nerd and gamer who managed the computers for the several member states of the MUSL. Given the potential for mischief, it was illegal for MUSL employees to play the lottery.

Tipton was soon charged for buying the ticket and for lying to investigators. Despite his legal jeopardy, he refused to explain how — or if — he was able to predict the winning numbers. Without a smoking gun, and arguing only circumstantial evidence, Sand went forward with his prosecution of Tipton and squeaked out a conviction from a jury.

It was only after the trial that the prosecutor learned the Iowa Hot Lotto rigging was not a one-off. Computer geek Tipton had been orchestrating substantial lottery payouts, mostly for his brother and friends, across multiple states for years.

How? By embedding code he’d written into the computers in his care. The program allowed Tipton to pre-select the winning numbers for specific dates in particular states. This revelation made it possible to again indict Tipton, this time along with his brother and their associates. As details of the scam were uncovered, Sand was able to get confessions from the guilty parties. Prison sentences ensued.

The Winning Ticket, Sand’s firsthand account of exposing the swindle, reads like a good mystery and features greed, workplace anger, crooked cops, dishonest lawyers, and even an appearance by the American Bigfoot Society. As a bonus, the book provides a thoughtful examination of the investigatory and trial tactics surrounding white-collar crimes.

Juxtaposed with the crime story is an abundance of personal data about Sand himself. Sounding like a politician in training, he recounts his idyllic youth, loving family, and proud Iowa roots while extolling the virtues of small-town life in America. He tells the reader of earning three varsity letters, playing the lead in a high school musical, and later, of turning down admission to Harvard Law School in favor of the University of Iowa. (He does not fail to mention his male modeling gig in Europe, either.)

In 2018, thanks in part to the celebrity and positive newspaper ink from his courtroom work, Sand, a Democrat, was elected Iowa’s state auditor. The Winning Ticket now introduces this appealing Midwestern good ol’ boy to a much wider audience — possibly laying the groundwork for the author’s eventual pursuit of national office.

Paul D. Pearlstein is a retired attorney and a docent at the Smithsonian National Museum of American History.