The Undertaking: A Novel 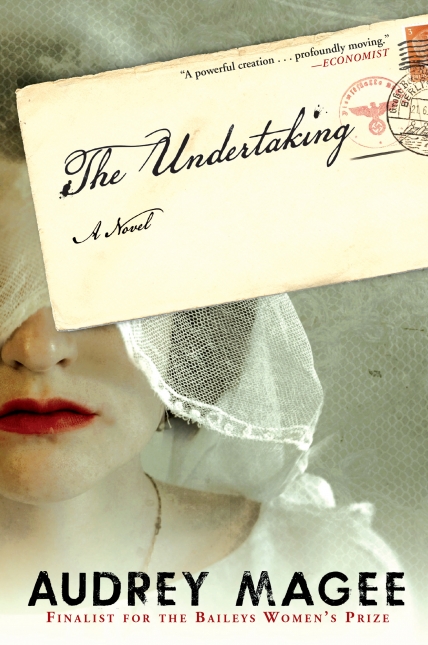 “The chaplain spoke, and within minutes Faber was married to a woman in Berlin he had never met. A thousand miles away, at exactly the same moment, she took part in a similar ceremony…”

For the promise of 10 days’ leave, Peter Faber marries a photo on a fence post. For the security of a possible widow’s pension, Katharina Spinell marries an unknown soldier. From this awkward beginning, author Audrey Magee spins a tale of eight years in the lives of a husband and wife who have spent only 21 days together. The remainder of their relationship is played out on the German front line and in Nazi Berlin.

It’s a tale that tackles love, loyalty, personal character, the atrocities of war, propaganda, and more. It is told unflinchingly and with little sympathy.

Peter’s path takes him through the Russian steppe. He moves from soldier to husband, from patriot to prisoner, from dreamer to damned. Katharina’s journey — only slightly more comfortable from the physical aspect — toggles between daughter, wife, mother, neighbor, social climber, lover, and outcast. There are no heroes. There are no absolutes.

What Magee offers is strong characters, both main and supporting. The story is told primarily through the conversations of husband and wife, parent and child, brother and sister, soldier and comrade, neighbor and stranger, captor and captive. She uses these exchanges like a paintbrush, evoking pictures and emotions that will be unique to each reader.

An impressive first novel, Magee’s historical fiction takes on Nazi Germany from the inside, approaching the story as perpetrator rather than victim. It’s not a popular viewpoint, and she doesn’t try to make it so.

From the idea of a soldier’s use of the German marriage bureau (a clearinghouse for mates acceptable to the Fatherland) as a resource to obtain leave from the army, to the inner conflicts that each character has (and more importantly, doesn’t have), the reader will experience this era from the unapologetic standpoint of ordinary German citizens caught up in a patriotic promise of purity that defies today’s common and moral senses.

To be sure, this is not the story of every German. But for those of us who wonder “how,” The Undertaking opens an ever-so-small crack to understanding. As Katharina is told by her father near the end of the book, “Germany is bigger than you, Katharina. Bigger than all of us.”

It is not until a few pages shy of the novel’s close that one can see the light of dawn:

“The Russians are bastards, Katharina.”

The Undertaking is about so much more than an oddly arranged marriage. Each scenario crafted through Magee’s conversations becomes its own undertaking, weighing down the reader with a heaviness that matches the story’s close. It’s not a story of victory, but it is a story well told.

Cheri Baker is a communications and public relations specialist whose career spans newspapers, agencies, and corporations. She currently works and resides in Frederick, MD.