The Triple Package: How Three Unlikely Traits Explain the Rise and Fall of Cultural Groups in America 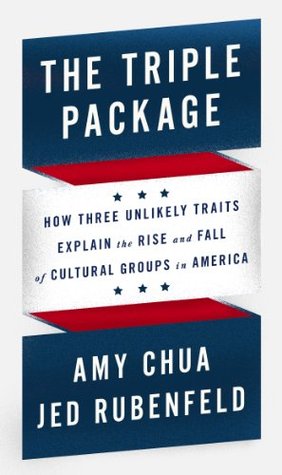 Amy Chua, like the children’s character Rapunzel, desperately seeks to escape her ivory tower at Yale Law School, where she serves as a law professor, by shifting her focus from law to self-help and pseudo-historical advice. She recently gained notoriety as the “Tiger Mom” following the release of the controversial Battle Hymn of the Tiger Mother, which includes a critical perspective of Western parenting techniques.

In The Triple Package, Chua, aided by her husband and Yale Law colleague Jed Rubenfeld, continues to dole out advice by seeking to solve the “difficult question” of why certain communities are more successful than others in the United States. The authors focus squarely on traditional measures of success, such as wealth and professional status. Little time is spent discussing communities that prioritize happiness, creativity, or balanced living.

Instead of drawing on dry academic texts, Chua and Rubenfeld borrow heavily from the literary techniques of Aesop and Dr. Seuss, relying on clever parables, short narratives, and pithy quotes to convince the reader of the authors’ findings. They identify eight communities that have risen above others in the United States: Mormons, Cuban exiles, Indian-Americans, Chinese-Americans, Iranian-Americans, Lebanese-Americans, Jews, and Nigerian-Americans. They also determine that these particular eight communities share three exclusive (“Triple Package”) traits: superiority complex, insecurity, and impulse control.

Success, it seems, is not for the humble. Each community believes its heritage makes members better than others. Religion can be a driver of this narrative, as seen through Jews and Mormons believing they are God’s “chosen people.” Alternatively, class can build a superiority narrative. Many successful Indian-Americans disproportionately derive from higher castes in India. Similarly, many Nigerian-Americans hail from higher status Igbo or Yoruba lineages. Chua and Rubenfeld argue superiority complexes, regardless of origin, help fuel these particular communities to greater industriousness and success.

Paradoxically, Triple Package groups are also very insecure. Chua and Rubenfeld cite the examples of Cuban exiles and Iranian-Americans, many of whom were professionals in their home countries but lost everything upon arrival in the United States. They had to begin life anew, oftentimes as janitors and manual laborers. Driven by anger at their treatment in the United States and unyielding expectations, Triple Package groups developed a “chip on their shoulder” and a desire to succeed in any way possible.

And Triple Package groups endure the hardships they face in the United States because they share a trait the Chinese refer to as chi ku (“eating bitterness”). While their peers settle for trips to the mall, mediocre grades, and frequent dating, Triple Package groups force their children to do extra homework, practice music for hours on end, and abstain from dating until adulthood. Mormons reject alcohol, pornography, gambling, and other vices and obtain success through faith, family and life instead. Chua and Rubenfeld argue that “America is the great wrecker of impulse control” and that Triple Package groups rise ahead because they teach their youth the “need to control yourself, resist temptation, and prove yourself.”

On the surface, The Triple Package is a simple, mildly plausible theory for how eight particular communities achieved material success in the United States over the past half century, yet with more intense scrutiny this Triple Package theory crumbles. Many commentators have justifiably argued that this book’s focus on material success fails to account for other communities who would also claim to be “successful.” While important, this critique appears secondary to more systematic flaws of the book: its deceptiveness and one-dimensional nature.

The Triple Package is also one-dimensional because Chua and Rubenfeld’s interpretation is based on hindsight analysis and provides no prospective value. These traits cannot be nurtured by domestic policies and readers are left with questions unanswered as to the ultimate value of the overarching theory. If “immigrant success in the United States is almost always a two-generation affair,” as Chua and Rubenfeld argue, then what groups will replace them? Are there any other communities in the world that could achieve similar results if they immigrated to the United States? What are the true implications for non-Triple Package groups in the coming years? Sadly, the authors provide little insight into these questions, thereby reducing the book’s long-term value.

Despite these flaws, like most children’s stories, The Triple Package is a quick read and ultimately drives one main message — obtaining material wealth involves long-term hard work. This principle is not novel, but it may be useful to reiterate at times. Those who hope to gain some limited insight into the backgrounds of the peoples changing the overall demographics of the United States should enjoy this book.

Bharath Parthasarathy is an attorney who lives in Atlanta, Georgia.