The Televangelist: A Novel

This moving commentary on Islam in Egypt offers insight for Westerners but suffers from a sluggish pace. 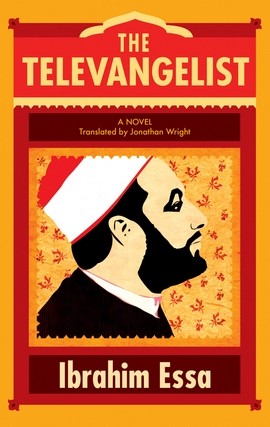 Ibrahim Essa’s new novel, The Televangelist, is a powerful commentary on Islam in modern Egypt with deep insight for Westerners. Nothing is what it seems. The last few pages of the book will surprise you so much you’ll want to read them again to see how it all plays out.

Sheik Hatem is a televangelist for a popular call-in show based in Cairo. When he is tasked with turning a high-profile leader’s son back from his conversion to Christianity, he finds himself in the middle of a high-stakes mission that risks his position with the state in its tight control over religious media. Due to his prestige and willingness to engage his fans in an approachable way, he becomes the reader’s intermediary in a complex Islamic context.

We move from scene to scene in dialogue with a variety of people about hot topics in Islam. From a Western literature perspective, this may feel somewhat jolting as there is very little transition between the scenes. The range of people, topics, and depth of his encounters are too improbable, especially within the short timeframe, causing drag in the book. However, the quick scene changes and diverse encounters are reminiscent of classic Egyptian comedy-dramas which shift in a similar way to accommodate multiple perspectives.

A subtext is Islam’s relationship with the West. Among my favorites, Hatem teases about Egyptians preferring Crusader medicines (Western pharmaceuticals) over Quran-approved medications. “So Dr. Gamal, why don’t you make us some effective medicines instead of sitting reading the Quran in your pharmacy day and night. You ought to be doing research and inventing better medicines.”

Essa, through Hatem, brings a dose of reality and conventional wisdom to the dynamics between East and West, between Islam and Christianity. Several times, he points out how some actions of Muslims toward and against the West are a defensive posture associated with weakness. In one of Hatem’s encounters, his questioner brings out this sub-theme: “And does Islam need to be defended, as if it’s been accused?”

Essa writes in a pattern that surfaces in Arab literature; we exchange long and engaging pleasantries with the characters before getting to the meat of the story; in this case, in the very last few pages. Then we realize that the meat was interwoven imperceptibly throughout. For many Westerners, this style will be painfully sluggish. Though I personally have an interest in Islam and Egypt, I was tempted to put the book down after 50 pages. There are, however, passages that should not be missed, such as:

“If Muslims think that converting a Christian to Islam serves Islam they are mistaken. It arises from the sense among Muslims that they are less capable and less powerful in the world. It’s a form of compensation.”

“She had hidden her claws in black silk gloves that hung loose from the fingers, the kind he often saw on the hands of women like her who were anxious to hide the parts of their body that God hadn’t even asked them to hide.”

“And besides, in the Middle Ages, when the Muslims were the inventors and explorers, they were the best umma, and the Christians in Europe and the Old World were barbarians.”

Finally, there’s this line, intended for an Arab audience, that sums up Egypt’s inner conflicts and which may sound familiar to a Christian society talking about Islam: “The country’s divided into rich and poor, corrupt and honest people, not Muslims and Christians, but to make sure that the poor of both communities wallow in the mud and never get out of it, it makes sense to set them against each other, so that the Muslims treat the Christians as infidels who must convert to Islam, and the Christians treat the Muslims as infidels who are racist oppressors.”

AA Bastian is a freelance writer in Silver Spring, Maryland. Her master’s degree is in International Law and World Order from the University of Reading in England. She holds a minor in Arabic and has lived briefly in Egypt and Palestine. She published an article about Egyptian women’s usage of social media during the Arab Spring, “Double Facebook Profile: Egyptian Women Online” at the Eurasia Review. She received an Honorable Mention in the Writer’s Digest 75th Annual Writing Competition in the Memoirs/Personal Essay category for “Japanese Carp,” a critical look at her childhood as a military dependent in Okinawa. She is now working on a book about a letter that impacted Thai-Western relations in the 1850s.

The Tsar of Love and Techno: Stories

Intimately connected tales of love, family, and politics weave together this lyrical collection.