The Summer She Was Under Water

This arresting portrait of a dysfunctional family is stark but witty and beautifully observed. 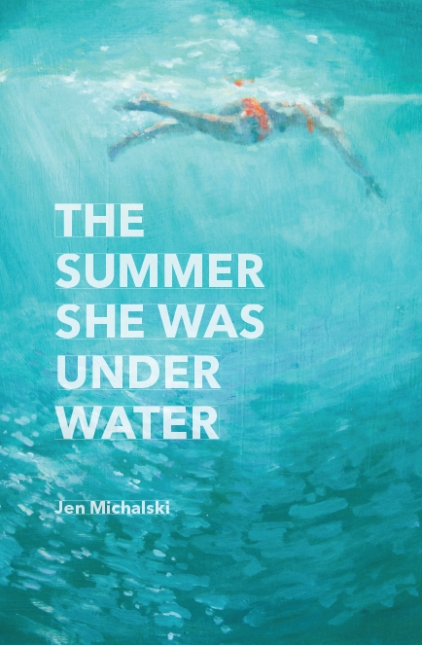 It’s Fourth of July and Samantha Pinski, the protagonist of Jen Michalski’s new novel, The Summer She Was Under Water, is traveling from Baltimore, where she lives, to her family’s cabin on the Susquehanna River to spend the long weekend with her parents. She brings with her a newish friend, Eve, and more than a little anxiety about how the weekend will go.

Sam is a novelist and teacher who moves between two often incompatible worlds: that of her working-class roots, and the intellectual and artistic world of the university where she teaches. The differences between where she came from and where she is are deepened by her family’s many problems. The Pinski family, it turns out, has had more than its fair share of grief.

Sam’s father, Karl, is at the heart of the family’s dysfunction. Prone in earlier years to violent rages, he has suffered through an unspecified number of mental breakdowns and institutionalizations. Even on his current heavy regime of medication, he can be volatile, difficult, and anti-social.

Sam’s mother, Pat, has remained loyal to Karl through all this, a decision about which Sam feels ambivalent. At present, Pat is also upset to the point of denial about Sam’s recent breakup with her fiancé, Michael; so much so that she invites Michael to join them for the weekend without telling Sam.

Then, Sam’s estranged brother, Steve, who has not visited their parents for five years, finally agrees to come down from New Jersey, where he lives a marginal existence playing in a cover band and getting into trouble with the law.

Steve and Sam were close as children. It was Steve who protected his sister from the brunt of their father’s temper, even when it meant he would suffer more as a result. But, in adolescence, their relationship too became complicated, marked by a trauma which is alluded to but not entirely revealed until the novel’s end. Steve’s sudden departure from home when he was 18 left Sam feeling betrayed, angry, and ashamed.

The story is told in four sections, one for each day the Pinskis spend together. Sam and Michael struggle to figure out whether they have a future, and Sam watches with alarm as her friend and her brother begin a flirtation that seems like it might turn into more. The old tension between Steve and Karl resurfaces, along with new friction between Steve and Michael, both of which threaten to boil over.

The story moves deftly between this tense present and the past that shadows it. We learn about the origin of Sam and Michael’s relationship; her attempts to tell him the secret trauma from her past that still has a hold over her; the beginnings of her friendship with Eve; and then, finally, the story of what happened in the Pinski family years ago that has left Sam so vulnerable.

Michalski’s writing is laced with sharp, dry observational humor which leavens the novel’s emotionally fraught material. We learn, for example, that when Sam and Steve were kids, they would imagine future explorers finding the Schlitz cans their father tossed into the lake near the cabin. The ordinary spaces in which the narrative unfolds are rendered in arresting detail, suggesting that they should matter to the reader as they matter to the characters.

Upon arriving at the cabin, we are shown “the old pontoon boat, which still floats like a soggy bread slice on the narrow waterway that joins the lake.” Steve, when he first appears, has “eyes…the crisp, light robin’s egg that caress whomever he is viewing…the waves of hair dancing over his head and meeting the faint lines of his face with grace and symmetry.”

But where Michalski really shines is in her dialogue. She has a great ability to create her characters’ speech so it is both realistic and musical, blunt and evasive, crass and witty by turns. It’s in what they say that the Pinskis really come to life.

Somewhat less successful are the inter-chapters in which we read parts of a novel that Sam has written. This book-within-a-book is ostensibly about a pregnant man, but is actually about Sam’s relationship with her brother. These sections, which appear in italics, are more stylized than the rest of the novel and pull readers out of the fictional world in which we have become immersed without adding sufficient dimension to the narrative to justify this interruption.

In the novel as a whole, there is a scrupulous lack of sentimentality and no recourse to easy resolution or redemption. Instead, we see the way that, in the long arc of parental and sibling relationships, each change begets new complexities and entanglements. Even when you try to force a crisis or stage a reckoning, it does not always provide the catharsis you anticipate.

Your relatives, the novel seems to say, whether or not you like them or accept them, go right on being your relatives, regardless. The result is a stark but absorbing portrait of the complex intersection of love, frustration, forgiveness, and anger that make up this — or any — family.