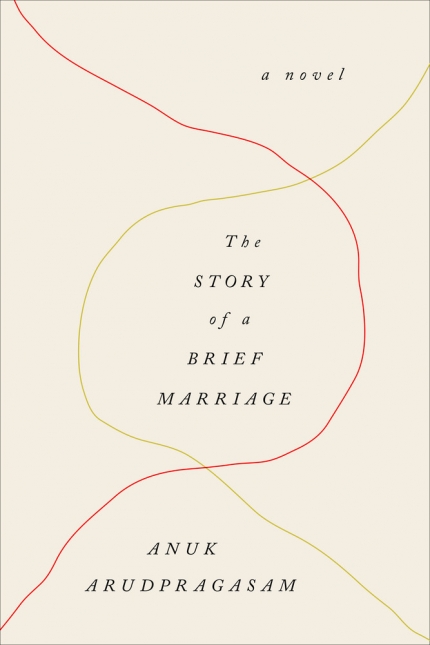 During the last months of the conflict between Sri Lankan forces and the liberation movement known as the Tamil Tigers, Dinesh lives in an evacuee camp where shells fall like clockwork. He gathers the mangled bodies of survivors and carries them to a makeshift hospital, where an overworked doctor struggles without medicines, equipment, or anesthetics. Dinesh knows he must proceed gingerly. Even if he does not die in the shelling, soldiers overrunning the camp could either kill or conscript him.

One day, an older man at the camp pulls him aside and offers Dinesh his daughter, Ganga, in marriage. His reasons are unclear, but he mentions that marauding soldiers are less likely to rape a married woman than a virgin. Dinesh is skeptical about this claim, but he surmises that the father wants to ensure that someone will care for Ganga if he dies.

After considering the proposal briefly, Dinesh agrees. If he perishes, he reasons, at least he will have experienced marriage and will not expire alone. Because the Iyer (Hindu Brahmin) has been killed, the father himself performs the makeshift wedding, after which Dinesh takes Ganga to a small clearing in the jungle where he has created a living space.

Most of The Story of a Brief Marriage consists of slow, meticulous descriptions of Dinesh’s thoughts and feelings during his one day as a husband. The overarching reality that permeates the book is that Dinesh could die at any moment, and he knows it. Therefore, he must experience every moment to the fullest.

Under these circumstances, every act, no matter how routine, becomes an event, magnified and intensified in Dinesh’s mind. Defecating, urinating, eating, crying, and even breathing require heightened awareness. Before he evacuates, for example, Dinesh concentrates on the heaviness of his bowels, whether, having eaten so little, he will be able to move them, where would be the ideal place to do so, how to cover his excrement, and countless other particulars.

Likewise, when, after a long period of near starvation, he eats some rice that Ganga prepares for him, the very act of eating becomes a phenomenon. “The food was hot in his mouth, and as he rolled it around with his tongue he savored the shape and taste of the soft grains, his tongue cleaving the rice into separate sections of his mouth then goading it back into a single mass. His jaws moved of their own accord and his molars mushed the rice together, turning the separate grains into a single soft warm whole that slowly made its way to the back of his mouth and was then swallowed, something he became aware of only by the sensation of a warm substance slipping down his throat, past his bulging Adam’s apple, down into his gullet.”

Such precision and thoroughness make for slow, tedious reading, but that is deliberate. In fact, that is the point. Because he could die at any instant, Dinesh must draw as much juice as possible out of every microsecond that he is alive.

Dinesh’s thoughts are peppered with memories of the time when he and his mother evacuated their native town. People carried with them whatever they could and hid the rest, certain their belongings would be safe. However, little by little, they had to abandon along the road object after object. Finally, Dinesh had to abandon even his own mother, when she was killed by a bomb. Through these experiences, he comes to grasp the essence of life. Belongings are superfluous. Only the lived moment matters.

Despite the horror, this novel is actually a love story, and Dinesh’s awkward attempts at courtship are among the most moving in the book. Unused to communicating with others, Dinesh struggles to find words to speak to Ganga. He is afraid to touch her, even to look at her. His main concern is protecting her, as in his culture, a man’s primary responsibility is the safety of his family.

Dinesh is terrified that Ganga will find him unattractive. During the night, as she sleeps, he rifles through her bag and finds some soap and a scissors. Suddenly, he realizes he is dirty. Desperately eager to please Ganga, he makes the perilous trek through the camp to the well so that he can bathe and cut off globs of filthy, grease-packed hair. His feeble attempts at lovemaking are fraught with anxiety and end in a deluge of tears. Yet only then, after weeks of insomnia, is he able to sleep.

The title gives away the outcome of the story. In this atmosphere of danger, it is inevitable that the marriage will be brief. Yet its short duration seems to encompass a lifetime. Rather than destroy Dinesh, the minute-to-minute threats make him profoundly cognizant of the fragility, sanctity, and beauty of life.

Anuk Arudpragasam has written a poignant novel that conveys the devastating psychological impact of war. Yet the book is not without flaws. The author’s constant repetition of phrases such as “it is difficult/impossible to know” becomes tedious. Rather than emphasize the atmosphere of uncertainty, they weigh down the narrative.

In addition, the writing at time seems careless. When Dinesh returns from bathing, for instance, the sky is pitch black, yet he seems to see Ganga clearly, and when she awakens, she never mentions the radical change in his appearance due to his bath and haircut. These enigmas demand explanation.

Still, The Story of a Brief Marriage is a worthwhile read. It turns our focus not only on the brutality of war, but also on the blessing of life.

Bárbara Mujica is a professor of Spanish literature at Georgetown University and a novelist, short-story writer, and essayist. Her novel I Am Venus explores the identity of the model for Velázquez’s Rokeby Venus. Her previous fiction includes the international bestseller Frida, based on the relationship between Frida Kahlo and Diego Rivera, and Sister Teresa, based on the life of Teresa of Avila. I Am Venus and Mujica’s novel-in- progress, Lola in Paradise, were winners of the Maryland Fiction competition (2012 and 2016, respectively). Mujica is the faculty adviser of the Georgetown University Student Veterans Association, and many of her recent short stories derive from the experiences of the veterans she works with. One such story, “Jason’s Cap,” received first prize in the Maryland Writers’ Association international fiction competition in 2015. In 2016, her story “Ox” won second prize. Mujica’s essays have appeared in the New York Times, the Washington Post, Commonweal, and hundreds of other publications.