The Removed: A Novel

A Cherokee family struggles to survive trauma past and present. 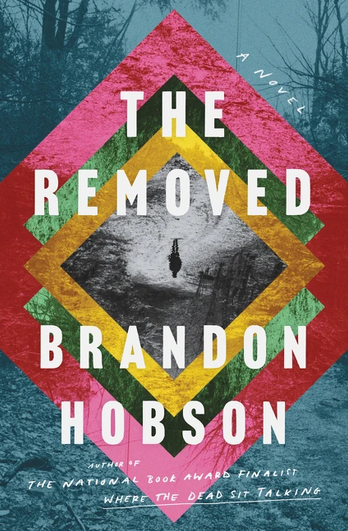 Author Brandon Hobson is well versed in tales of tragedy suffered by the Cherokee Nation. His novel Where the Dead Sit Talking — a 2018 National Book Award finalist — was a testament to the hardships faced by Native Americans in the Anglo world. Now, in The Removed, Hobson continues with the themes of Native American culture, substance abuse, displaced children, and the lingering fallout from the Trail of Tears.

The Echota family is no stranger to heartbreak. Fifteen years ago, the police in Quah, Oklahoma, shot and killed Maria and Ernest’s teenage son, Ray-Ray, a deadly mistake that left a hole in their lives. Ray-Ray was a charismatic kid who loved to do funny impersonations and make people laugh. When violence took him away, the family couldn’t fill the huge void caused by his loss.

Now, 31-year-old sister Sonja, directionless, lives each day like a leaf blowing in the wind, dating younger men who can’t fulfil her and looking for something she can’t name. She’s angry and seeks justice. To that end, she has a plan to punish the family of the racist cop who killed her brother.

Edgar, 21, is even more lost than his sister. Living in New Mexico, he’s hooked on meth — despite an intervention — and hasn’t figured a way out of the chaos he’s created. Without a job, money, or his girlfriend, the only thing he has left is the Oxycodone he downs with beer. His soul plunges into the Darkening Land, a place between life and death where everything is grey and ashen, and illness plagues the population.

As a former social worker at the Cherokee youth center in Quah, Maria has witnessed the grief and sadness of her community. Despite the tragedies that have befallen her own family, she always tries “to find justice in a world where it felt like there was no justice,” sharing stories of Cherokee culture, spiritualism, and healing to instill hope.

Once, she read to a group of kids and asked them, “What is healing?” A 12-year-old girl replied, “When you don’t feel like killing yourself.”

Maria hopes for a season of healing amid the despair of her people. She and Ernest pray that Edgar will come home for their annual bonfire held in memory of both the 1839 signing of the Constitution of the Cherokee Nation in Oklahoma and Ray-Ray’s death.

The bonfire provides a way for the Echota family to reconnect with the land, their ancestors, and each other. Yet Maria has little hope the event will even happen this year; Ernest’s Alzheimer’s is getting worse, and his body is deteriorating.

But when Maria and Ernest agree to temporarily foster Wyatt Eli Chair, a Cherokee boy in need of a home, something magical happens. All traces of memory loss and physical ailment leave Ernest; he feels 30 years younger. Wyatt is gregarious, just like Ray-Ray. His ability to make people laugh and connect with them is miraculous. Ernest is convinced Ray-Ray’s spirit visits them through Wyatt.

Interspersed throughout the narrative are the testaments of a Cherokee named Tsala, a so-called Nunnehi or “immortal who lives everywhere.” Soldiers killed Tsala in 1838 when he refused to give up his land and travel the Trail of Tears. The prophets had warned him of the army coming to displace his people.

Spirituality is woven into the story like a soft thread of silk, binding the everyday lives of the characters with otherworldly warnings and messages of strength. Just as The Removed is rich in Cherokee folklore and culture, it also reflects the historical suffering of Native American communities and the modern-day strife they yet endure.

This gut-wrenching tale of broken hearts and shattered dreams spotlights the devastation caused by ongoing racism in our country, while also providing a ray of hope on the distant horizon.