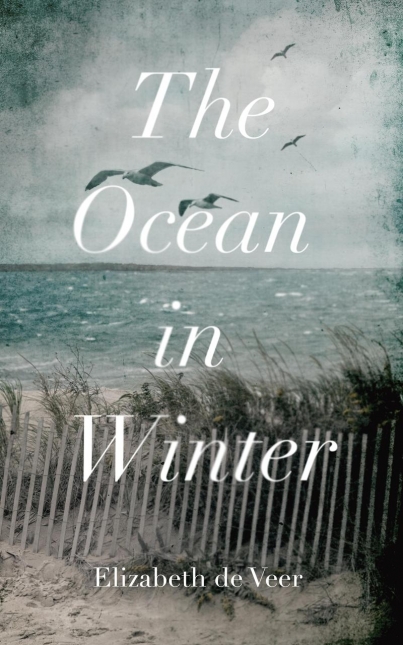 A skilled writer takes a difficult subject and transforms it into a compelling tale. For debut novelist Elizabeth de Veer, that subject is the aftermath of suicide, and The Ocean in Winter is the resulting compelling tale.

The story follows the three Emery sisters, whose mother drowns herself in the family bathtub. The eldest daughter, 11-year-old Alex, finds the body and subsequently takes on the responsibility of caring for 8-year-old Colleen and 4-year-old Riley. Their father, mired in “I failed to save her” guilt, copes by mentally checking out.

As adults, the sisters lead very different lives. In fact, Alex — single and coming to terms with her inability to conceive — and Colleen, a devoted mother who refuses to accept that her marriage has ended, haven’t seen their youngest sister in ages. Now a celebrity model, Riley hasn’t wanted to be found. She’s hiding secrets that have nothing to do with the drug addiction she also battles.

In the opening scene, the long-absent Riley suddenly appears at the doorstep of Alex’s Massachusetts beach house. Her arrival is as shocking as the bolts of lightning charging through the stormy night sky. The noise and flash of the raging tempest punctuate the silence between the sisters, who share the devastating memory of their mother’s death.

As the day marks the anniversary of that tragedy, Riley — too young at the time to remember much — asks Alex to share its details yet again. Riley struggles to understand what caused her mother to kill herself and hopes to learn something from it that might help her cope with her own battles.

Alex dutifully complies and recounts the long-ago suicide, but Riley is left with no epiphany or insight. She then disappears back into the darkness as unexpectedly as she’d arrived. When middle sister Colleen later learns of the mysterious encounter, she assumes Alex dreamt it. After all, Colleen has been frantically searching for Riley for months, to no avail.

As Alex tries to make sense of Riley’s inexplicable arrival and departure, Colleen hires a private investigator to find their sister. Both women are desperate to rekindle the bond they all once shared. On their quest to find Riley and uncover her secrets, though, they uncover long-buried ones of their own.

The theme of the novel may best be summed up by a question Colleen asks as she strives to raise preteens while coping with a rapidly deteriorating marriage: “How will it be okay?”

The answer? Maybe it won’t. But maybe that’s okay. De Veer has created here not a story of joy versus sadness, but rather a study of how sisters navigate the world after experiencing a loss that reverberates in each’s life. As adults, the troubled Riley yearns for someone to hold her; weary Colleen wants nothing more than to be in a stable marriage; and grieving Alex desires only a baby of her own.

The three may have suffered the same childhood loss, but they’re grown into adults with very different burdens. Readers who themselves have endured significant trauma will relate, and de Veer’s overarching message will resonate. We may never fully vanquish our demons, The Ocean in Winter seems to say, but we discover our strength when we try.

Fatima Taha is working on her Ph.D. in comparative literature at the University of Maryland while also teaching gender studies and global literature. She resides in Maryland and is writing a novel. She loves words almost as much as chocolate pastries.