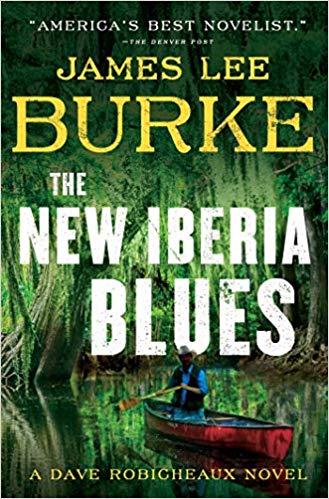 Perhaps your local public library has a display shelf by the front door with a sign that says, “Recent Bestsellers — Fiction.” If so, you can learn two things about the book-reading masses and their preferences from the titles displayed there.

First, there is a seemingly limitless appetite for novels involving crime, depravity, suspense, envy, and six other Deadly Sins, cops and sociopaths (who are often one and the same), good versus evil, and the latent darkness of the human heart — all as accompanied by violent, bloody death.

Second, the book-reading masses can be less than discriminating in their taste. Seven out of 10 books on this library shelf will have on their spines, in big bright letters, such names as Baldacci, Connelly, Deaver, Grafton, Koontz, Mina, Owens, Patterson, Quirk, Rankin, and Woods. Some of these writers and their franchises are quite good, and some are utterly, unreadably awful.

(In that latter category, one might put a certain gazillion-selling lawyer/author whose prose and plotting are truly gruesome — and not in a good way.)

But within this genre, call it “crime thriller” or “mystery” or “detective noir” or whatever you want, there is no one — no one — as good as James Lee Burke.

Burke’s franchises include the Billy Bob Holland novels (set in western Montana and filled with rodeos, trout streams, mountain ranches, and murderous psychopaths) and the Hackberry Holland books (Texas and, again, psychopaths). He has also published short stories and other novels.

But Burke’s most-visited creation is Dave Robicheaux, the protagonist in, now, 22 novels. Dave, a sheriff’s deputy, has always been aware of his mortality; in Burke’s latest book, The New Iberia Blues, he’s aware, more than ever, of his age.

The architecture of every Dave Robicheaux novel is the same. First and foremost, Dave is an Acadian, with a DNA-level love for southern Louisiana, its people and history. At the same time, he knows how flawed his people are, how awful parts of their history are (unmarked, abandoned slave cemeteries play a part in several of the books), and how the area’s once-pristine wetlands are, today, cut with industrial channels and washing away into the Gulf of Mexico.

Dave’s sidekick is the Falstaffian Clete Purcel, who can, at times, function in polite society as an awkward gentleman. But his real métier is fierce avenging angel, wreaking vicious havoc on pimps, mobsters, pederasts, and anyone who threatens Dave or his family.

In the typical Robicheaux plotline, there is a horrific killing of an innocent, followed by more murders of increasing cruelty. (Here, it starts with a crucified young woman and gets worse.) Dave kicks into investigatory gear, operating only sometimes by the book. Often, he’s at odds with his “boss lady,” the formidable Sheriff Helen Soileau — another singular character, an androgynous enchantress as tough as Clete.

In The New Iberia Blues, the mayhem is centered around the filmmaker Desmond Cormier, a Louisianan gone Hollywood. (Hollywood types are a bête noire for Dave.) To Dave’s dismay, Cormier’s movie project attracts and consumes two of the women in his life, his daughter, Alafair, and his rookie partner, Bailey Ribbons. Dave, thrice-widowed, embarks on an affair with the 28-year-old Bailey that he knows is the result of an old man’s — that is, his own — foolishness.

In all of the Robicheaux novels, Dave’s chaotic, teetering inner world is an amalgam of the 12 steps of AA, Roman Catholic liturgy, and his own mystical beliefs borne of two wars — the one that started in 1861 and still haunts the South, and the other one, a hundred years later, in which he and Clete both served.

From time to time, Dave is certain that he sees “boys in butternut” (i.e., Confederate soldiers) marching in the fields around New Iberia. And Vietnam flashbacks, including from the day he stepped on a landmine there, haunt him and the entire story.

And, of course, there is one completely abnormal human (again, a typical Burkian device) who somehow, perversely, almost becomes the hero of the story. Here, it’s Smiley Wimple, a childlike killer in Mickey Mouse tennis shoes who resembles “an albino caterpillar that glows in the dark.”

Few of these plot pieces are new to Burke’s books, but it’s what he does within his own framework that is so pleasing. The violence and the strong language are not for the faint of heart, but Burke’s prose (especially his dialogue) is wonderful, well-suited to describing the ambience of a south Louisiana blues club, or the third-century Christian martyrs Felicity and Perpetua, or cruelty, as in: “Cruelty comes in all forms. It’s least attractive when you discover it in yourself.”

Dave doesn’t say how old he is, but gives readers a hint after breaking it off with Bailey: “I wondered what things would have been like if I had met her fifty years ago.” You do the math.

Is The New Iberia Blues the end for Dave and his demons; Clete’s vintage Cadillac convertibles; Helen’s various lusts; Burke’s elegiac sentences about the Cajun culture and soul; and all of the rest of the Robicheaux world?