The New American: A Novel

This grim story bears witness to the horrors faced by refugees and deported Dreamers trying to reach the U.S. 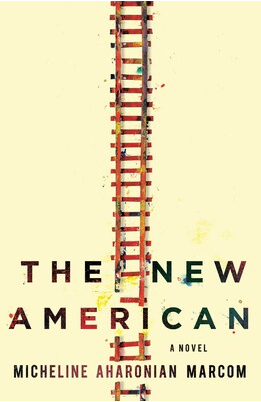 Emilio is traveling north from Todos Santos, Guatemala. He has only a backpack with a change of clothes and $400, and he is sure that this is enough to get him back home to his family in California. He knows crossing the border illegally will be difficult, but he soon discovers he has underestimated the ordeal he is about to endure.

The New American is a timely book, practically ripped from the headlines, about undocumented Americans and refugees from Central America looking for better lives. Emilio is a Dreamer, a child brought into the country illegally who has lived his whole life in the United States, never knowing his family’s home country of Guatemala. Like many real-life Dreamers, he discovered he was the only undocumented member of his family when he tried to apply to college.

As Emilio begins his journey back to the U.S. after being deported, he joins a few fellow travelers ­— Pedro, Matilde, Jonatan, and William — who have banded together, despite their disparate backgrounds, to escape a variety of horrors in their hometowns.

Almost immediately, they are set upon by marauders. Before we even reach the hundred-page mark, the group endures multiple robberies, rapes, and other smaller cruelties. It is the immigration storyline many of us are familiar with: an endless parade of the most harrowing experiences imaginable, and double the suffering for any women attempting the trip.

Aside from the pain inflicted on Emilio and his friends, The New American also doesn’t shy away from the physical demands of a shelter-less journey through Central America and Mexico. Much of the novel is spent hitching rides with the group on the tops of trains, sticking it out with them while they hang on tightly, unable to sleep for days on end for fear of unconsciously letting go and falling off. Food and water are hard to come by, which becomes especially critical as they attempt to cross the desert at the height of summer.

We learn about Emilio’s past and his plans for the future through interstitial flashback chapters written with a vague, dreamlike quality. These asides also serve to inform us about the fates of Emilio’s friends as they are picked off in increasingly gruesome ways as their journey progresses. These perspective shifts, while they expand the world of the book beyond Emilio’s rather sheltered viewpoint, occasionally feel a bit like afterthoughts, as if the author feared readers might not grasp the severity of the secondary characters’ situations without them.

I think it’s nearly impossible to read and review The New American without considering it in relation to the recently published American Dirt. There are many similarities between the two novels, and while I hate to imply a book doesn’t stand on its own, the parallel is too strong to ignore, especially considering the dearth of fiction about immigrants crossing the border.

Like American Dirt author Jeanine Cummins, Micheline Aharonian Marcom does not hail from the region she is writing about, though she is a woman of color, born in Saudi Arabia. As a white woman, I’m looking in on this from the outside, but I have to wonder why a publisher would wade into such controversial territory again, especially as readers grow more vocal about the need for more #ownvoices books written by authors who share identities with their characters.

I don’t have the answer to this, and perhaps #ownvoices readers will find no issue here, but this concern was a continuous thought for me as I worked through this book.

A key difference between the two novels, however, is that while the driving force behind American Dirt seemed to be to “experience vicarious thrills through reading,” The New American’s stance is more “bear witness to these trials.” The latter is truly a compendium of terrible events. Even when potential romance blooms, it is shot through with fear and trauma.

Still, the spare prose style in The New American never lingers too long on any horrific image, keeping the narrative from becoming openly voyeuristic. Just as the protagonists must push on, the book documents each tragedy and advances ever onward.

Casey Bridgers is a marketing professional living in the DC area with her spouse and two cats. You can find her and more of her bookish opinions on Instagram at @caseythereader.

The Childhood of Jesus: A Novel

A minor dystopia challenges a boy and his guardians.