The Memory Stones: A Novel

In this heartbreaking story set against the military dictatorship in Argentina, a family searches for their daughter and granddaughter. 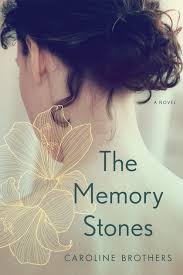 The years between 1976 and 1983 are some of the darkest in Argentina’s history. The coup that overthrew Isabel Perón was the beginning of the “Dirty War,” or el proceso, during which as many as 30,000 Argentines were kidnapped, tortured, and killed at the hands of their countrymen. Forty years later, the fate of many Argentines remains unknown, and Argentina is still grappling with its past and the consequences of the junta.

One of the most controversial and painful questions in the aftermath of the junta is the identity of the children of los desaparecidos, the disappeared. As many as 500 babies were born to female political prisoners, and the junta gave many of these stolen babies to members of the military to raise as their own.

Today, the whereabouts and true identity of these children — now adults in their 30s — remain unknown. In her novel The Memory Stones, Caroline Brothers follows the struggle of one couple as they seek the truth about the disappearance of their daughter and her child.

Osvaldo and Yolanda Ferrero are a normal porteño couple, with two grown daughters, Graciela and Josefina. At first, their lives are only slightly inconvenienced by the constrictions of the dictatorship and the junta officials who scour the streets like feral dogs.

But a minor offense — whether it is Osvaldo’s attempted publication of a political cartoon, or the work of Graciela’s fiancé as a teacher in the poorer neighborhoods, or simply being perceived as subversive — leads to Graciela’s disappearance, which irrevocably alters their world. Osvaldo is forced to flee to France, while Yolanda stays behind and devotes herself to finding the truth.

The family’s efforts are initially focused on finding Graciela, but their heartbreak is soon compounded by the news that Graciela was pregnant when she was kidnapped. For Yolanda and Osvaldo, the knowledge that Graciela has given birth to a child at first brings relief and distraction, but then brings fresh, raw pain as they struggle to find out what has happened to both their child and their grandchild.

They seek help via all possible avenues — friends, and strangers who exploit their misery, the Catholic Church, and the Grandmothers of the Plaza de Mayo. Each avenue leads to a dead-end, and the truth remains elusive.

For a parent, there are few horrors greater than the death of a child; it is a pain that cannot be summed up in a single word, and Brothers astutely notes that “there is no word like ‘widow’ or ‘orphan’ for the parent who loses a child.”

But is not knowing what has happened to that child even worse? Brothers’ beautiful yet heartbreaking prose evokes this question: “As long as there was doubt I could hold on to her; I could breathe life into the flame of her and keep that flickering alive. Implicitly I made my choice, and I chose disappearance. I chose the pain of it and the comfort of it, because the possibility of its reversal was right there in the word itself. Because the alternative was impossible to bear.”

Even Brothers’ imagery is dark and haunting, as she opens the book with descriptions of a passport stamp that “blooms like a bruise” and “ribs” of airplane seats. Yet within that darkness there is the beauty that can only be found in love and hope.

In telling the story of one family’s tragedy, Brothers details some of Argentina’s greatest controversies, both during the junta and in recent years. The bishop who pledges only to “intercede for you in prayer” on behalf of the Ferrero family calls to mind the accusations that the Catholic Church turned a blind eye to the activities of the junta — accusations that have also been leveled against Argentine Priest Father Jorge Bergoglio, better known as Pope Francis.

Pope Francis has since met with the Grandmothers of the Plaza de Mayo — who still march every Thursday, demanding answers — and pledged to support their efforts. But for many Argentines, such pledges are of little comfort when they believe the church should not have remained neutral.

When Brothers first hints at the existence of Graciela’s child, I thought I knew how the novel would end — with the joyful reunion between Osvaldo, Yolanda, and their lost grandchild, Ana. But The Memory Stones plot is more complicated than that, as is the real effort to identify children of the disappeared.

Brothers illustrates the ongoing struggle for the children of the disappeared to reconcile the parents who raised them were the same people complicit in the atrocities of the dictatorship. Some children, like Ana, were raised to believe that all of the leftists, students, labor leaders, and intellectuals who were murdered or kidnapped were “terrorists” or “communists,” and that the accusations of kidnapped babies are simply human-rights groups’ revenge. Others simply will not believe their parents are not who they say they are.

When I first learned of this case, I personally felt that people had the right to protect their privacy and refuse DNA samples. Ana faces a similar dilemma, yet in The Memory Stones, it is hard not to empathize with Osvaldo and Yolanda’s overwhelming desire to find their grandchild and their last remaining tie to their daughter.

At times, The Memory Stones is difficult to read, knowing that, 40 years later, family members are still searching for the truth about what happened to their children and grandchildren. For those Argentines, memories of their lost loved ones are all that remain.

Jennifer Showell-Hartogs is an avid reader, world traveler, and a federal employee. She served as the Department of State’s desk officer for Argentina from 2008 to 2014 (the views contained in the review are her own and not those of the State Department). Jenn resides in Arlington, Virginia, with her husband, daughters, and dog.