The Killer’s Shadow: The FBI’s Hunt for a White Supremacist Serial Killer

A gripping look at the manhunt that helped put criminal profiling on the map. 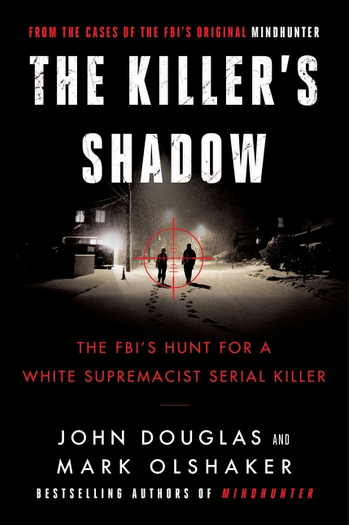 In The Killer's Shadow: The FBI's Hunt for a White Supremacist Serial Killer, former FBI special agent and criminal-profiling pioneer John Douglas and author and Emmy-nominated filmmaker Mark Olshaker take readers into the mind of one of America’s most dangerous serial killers while also chronicling the formation of the FBI’s Behavioral Science Unit (BSU).

As the BSU’s founder, Douglas — the inspiration for criminal-profiling characters in TV shows like “Criminal Minds” and the movie “Silence of the Lambs” — helped track down white nationalist serial killer Joseph Paul Franklin. His subsequent interviews with Franklin aided law enforcement in understanding what creates a killer and what they can do to prevent it.

In 1980, Douglas was the FBI’s only full-time “operational profiler” and developed the blueprint for the BSU — trying to “transform Criminal Psych into an actual investigative tool.” The BSU was aimed at “learning more about how to catch them once they have acted and before they act again.”

Douglas’ methods were put to the test when law enforcement asked him to help find Franklin, at that point a suspected killer who’d escaped from police in Kentucky while being detained on firearms charges. This request differed from others Douglas had gotten; here, he would be doing an assessment of a known suspect, not determining the identity of an anonymous perpetrator. This particular assignment was of utmost importance not only because there was potentially a mass murderer on the loose, but because the FBI could close the BSU if Douglas failed.

To build the psychological profile, Douglas pored over Franklin’s records. Franklin, whose real name was James Clayton Vaughn Jr., had belonged to the Ku Klux Klan in his home state of Alabama, the American Nazi Party in Texas, and the Worldwide Church of God in California. Through interviews with Franklin’s sisters, the FBI learned that he came from an abusive family and hated his mother.

Franklin’s desire “to belong” led him to join the Nazi Party when he was 17 and to subscribe to white supremacist publications and wear swastika armbands. Eventually, Adolf Hitler became his hero. Although Franklin found purpose and a sense of power in belonging to hate groups, he grew tired of their “talk and no action.” He knew what his mission was and vowed to pursue it on his own. That pursuit would lead to a string of murders beginning in 1977.

After reviewing case notes and news articles about crimes possibly tied to Franklin, Douglas produced a fugitive assessment and “contextualized Franklin’s psychic development and motivation both for those hunting him and those who would be dealing with him once he was caught.” Douglas thought Franklin would most likely return to the South, which he did. Thanks to dozens of law enforcement agencies’ coordinating efforts, Franklin was identified at a blood bank in Lakeland, Florida, and arrested on October 28, 1980.

Douglas interviewed Franklin on many occasions and linked him to numerous racially motivated hate crimes, including the firebombing of a Tennessee synagogue, the attempted assassination of Urban League president Vernon Jordan, who was shot and seriously wounded in the attack, and the shooting of Larry Flynt that left the Hustler founder paralyzed for life.

Among other things, Douglas learned that Franklin was obsessed with Charles Manson’s plans to start a race war in the U.S. In explaining his own mindset, Franklin said, “race mixing is a sin against God and nature,” and killing because of it would be “justifiable homicide.” Franklin was obsessed with “the erosion of white America.” He didn’t seem to get off on the acts of violence themselves, but on the results:

“It was the signature that was all-important: killing African Americans, Jews, and those who associated with them.”

Ironically, Franklin felt he was “a devout Christian and believer. He has convinced himself that he is on a holy mission ordained by God and that Jesus is telling him what to do.” He became “a cult figure among white supremacists.” The development and eventual solving of his case — he was executed by lethal injection on November 20, 2013 — and the Atlanta child-murders case (almost a “photo negative” of Franklin’s) put the BSU on the map.

As Douglas notes, the internet now provides a prime vehicle for the advancement of hate. There is a point when dangerous speech turns into real danger, “when a switch flips and suddenly talk is no longer enough.” This was evidenced by events like the 2017 white supremacist march in Charlottesville, Virginia, where participants wearing “Make America Great Again” hats waved Nazi flags and chanted, “Jews will not replace us.”

The authors write that “David Duke, former grand wizard of the KKK, called the rally a ‘turning point’” in fulfilling the promises of Donald Trump to take our country back.

At a time when the nation is reeling from domestic terrorism and endless hate speech, The Killer’s Shadow reveals how low self-esteem mixed with a need for power and fueled by racist rhetoric can transform someone from a disaffected loner into a mass murderer. This insightful look into one of America’s most notorious serial killers serves as a warning of the danger lurking beneath the surface of bigotry.

K.L. Romo writes about life on the fringe: Teetering dangerously on the edge is more interesting than standing safely in the middle. She is passionate about women’s issues and loves noisy clocks and fuzzy blankets but HATES the word normal. Find her on Twitter at @klromo, and Instagram @k.l.romo.