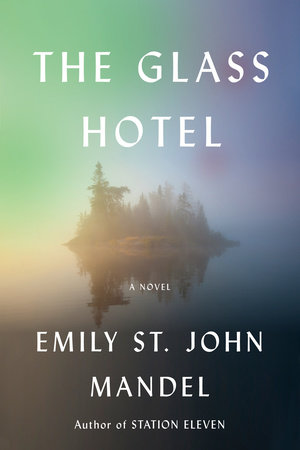 From the patently post-apocalyptic Station Eleven (2014), author Emily St. John Mandel turns to the post-modern in The Glass Hotel for a richly rewarding take on the fallout of fraudulent financial schemes and the unintended consequences that seep into the lives tarnished by them.

Those involved in the titular, tainted tower of hospitality include a woman named Vincent Smith, her half-brother, Paul, and Jonathan Alkaitis, the owner of the glass-and-cedar showplace on the northernmost tip of Vancouver Island.

The events of the novel occur between 1995 and 2018. But it’s spring 2005 when the fated trio meet for the first time at the “undeniably beautiful but geographically inconvenient” and eerie Hotel Caiette. Vincent is the bartender on duty; Paul is the night houseman; and Alkaitis is checking up on his investment.

Mandel threads their lives and their stories into a breathtaking narrative that shuttles forward and backward in time and bounces geographically from the fog-bound wilderness of the Canadian Northwest, to Manhattan’s corporate monuments, to a South Carolina prison, and to the source of grief and fear on a container ship off the coast of Mauritania.

The primary attraction of the hotel is its remoteness. Set in the middle of nowhere, it appeals to wealthy clientele who seek luxurious accommodations because they want to have the pretense of a five-star experience that is not “in the wilderness” but “wilderness adjacent.”

It gives them the opportunity to feel as though they are “outside of time and space,” immersed in a fantasy atmosphere where they can almost wink in and out of existence. It is the ideal escapist destination. Until the real world intrudes.

It was those distinctive attributes that drew Alkaitis to buy and develop the property. He and his wife at the time had “fallen in love with the place,” and bought it but lived in New York City, visiting the hotel three or four times a year. His investment capital came from a twofold business in Manhattan — a legal brokerage company on the 18th floor of a high-rise, and an illegal asset-management firm one floor below.

The contrast of the two businesses is evident in their décor and their separate activities. On 18, there was a “sea of glass desks aligned in symmetrical perfection on deep silvery carpets”; on 17, “a thirty-year old carpet of indeterminate color, peeling paint, secondhand furnishings, and towers of file boxes.”

On 18, a hundred people were “doing what their clients thought they were doing, recommending and trading stocks and other securities.” On 17, a Ponzi scheme emptied clients’ pockets and filled Alkaitis’ bespoke suits.

Alkaitis is a widower when he spots Vincent tending bar at the hotel. He slips her a $100 bill folded around a business card scrawled with a cellphone number. Though mortified, she is also fully aware that his intentions are a “transactional arrangement” and succumbs to being his mistress. It will take several years for Vincent to understand the true cost of “luxury.”

In the last few weeks of 2008, Alkaitis’ Jengo enterprise collapses. His scheme discovered, he, at 60 years old, could be soon facing a new life in a different type of tower altogether. But what will happen after he learns how to live an alternative life completely in his mind?

Vincent and Paul also vie for new lives. By 2013, the now 37-year-old Vincent is an assistant cook on the cargo ship the Neptune Cumberland. She seems on the verge of fading out of sight until the sequence of events dawns on the reader, and the action gets drawn back to the hotel on Vancouver Island.

Paul, who always had an interest in musical composition, absconds with old videos that Vincent had made — five minute segments meant to function as a shield to help her cope with emotional unrest — plagiarizes them as his own, and establishes a career as a performance artist. Like the others, his past, present, and future will collide and converge in ways that delight readers and could leave them feeling a little shocked.

The stunning appeal of The Glass Hotel is how author Mandel uses overlapping scenes like a split screen and artfully replays previous moments until the novel circles back on itself to a haunting revelation in 2018.