The Expatriates: A Novel

An escapist page-turner about the intertwined lives of three Americans in Hong Kong. 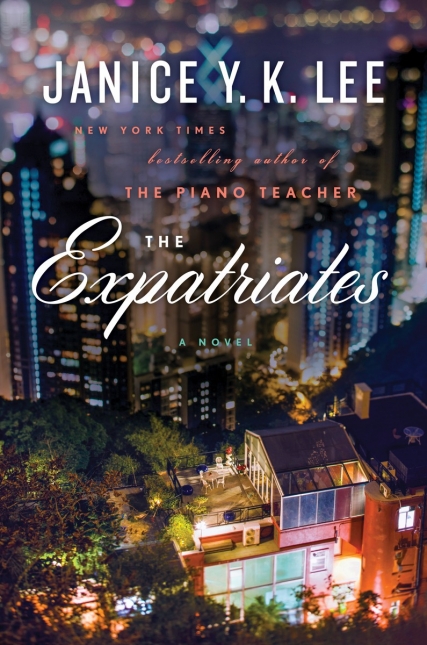 Ever been trapped in an airport, flight delayed, the TV blaring CNN, a kid watching the most annoying movie ever at full volume, exasperated travelers angrily buzzing around the beleaguered and increasingly short-tempered representatives at the check-in desk? This happened to me a short while ago. Fortunately, I had Janice Y.K. Lee’s The Expatriates in my carry-on.

The novel, the author’s second, features three women who do a great deal of airplane travel as they flit between Hong Kong, Seoul, Phuket, and Shanghai. Their flights are never delayed. Pampered expatriates in Hong Kong, they live in a luxurious world of servants and nannies, shopping excursions to Bangkok, and catered dinner parties.

Two of them, Margaret and Hilary, are married to upper-level executives who work for multinational companies that foot the bill for their opulent residences, live-in housekeepers, chauffeurs, company cars, private-school tuitions, country-club memberships, and business-class flights for annual home leave. This lifestyle, very different than what they would have had in the U.S., tends to turn expats into “spoiled rich children, coddled and made to feel as if their every whim should be gratified.”

Mercy, the third protagonist, lives on the fringes of this good life, allowed occasional access through friends and mentors met while a student at Columbia University.

Despite all the glamor, the women face serious challenges. A traumatic event inextricably links Margaret and Mercy, preventing them from moving on with their lives. Margaret dreads social interactions and retreats to a secret apartment she’s rented, ignoring her husband and two children.

Mercy, unable to find full-time work, parties too much, makes bad decisions, and seems eternally stuck on the cusp of adulthood, unable to close the deal. Hilary, her marriage a shambles, is “trying out” a mixed-race 7-year-old boy, bringing him to her apartment for piano lessons and taking him on outings to the mall, unable to decide whether to adopt him.

Though the three women live in a megalopolis of 7 million, their social circle is tiny. When they first arrived in Hong Kong, they mingled with expats from other countries, but eventually found it easier to stay with their own kind. So, they bump into each other over and over again at cocktail parties, charity events, the gourmet-food counters of international grocery stores, the American Club, and the American school. Everyone knows everyone’s business. There are no secrets.

It all seems a little high school. In fact, a character says to Mercy, “You may be twenty-five and think you know everything, but I am forty-three, and I am here to tell you that life is high school over and over again.”

Uh, not really. But this is escapist literature. It reduces the complicated world to the social dynamics of high-school cliques and then serves up an affirmative ending. But first comes the high drama, humiliations, and intense soul-searching of our three main characters.

Along the way, the reader revels in the fairytale lives of the expat — vacations to Hoi An and Bali; drunken day excursions by junk boat to one of Hong Kong’s outlying islands; leisurely afternoon tea parties on the expansive lawn of the American Club overlooking the sparkling waters of Tai Tam Bay.

Lee also portrays the ugly side of that life. Many behave badly, thinking that they can “be louder, demand more, because they were somehow above — really, better than — the locals.” The men are vulnerable to the wiles of bar hostesses and karaoke singers, the easy availability of young flesh. Having given up their careers to follow their husbands to Hong Kong, the wives feel that they are on hold, their real lives awaiting them back in America.

Immersed in Lee’s beautifully conjured world of cosseted expats, airport VIP lounges, and easy international travel, I almost missed the boarding announcement for my long-delayed flight. After cramming my bag into the crowded overhead bin and buckling myself in next to a stressed-out passenger with a crying baby, I eagerly escaped back to the air-conditioned mansions of Repulse Bay, the shopping trips to Shenzhen, and the “many, many boozy lunches and dinners…at the American Club or the China Club or some fancy Italian restaurant in Central.”

Alice Stephens writes a regular column for the Independent, Alice in Wordland. Follow her on twitter at @AliceKSStephens.

A complex tale juxtaposing gang violence, the Holocaust, and the evolution of computers and the atom bomb.