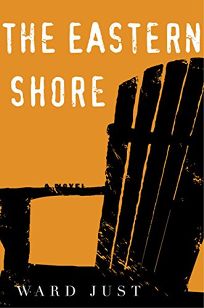 Ward Just’s new novel — his 19th — is a book of meandering moods. Chronologically we move, in sometimes unexpected jumps, from protagonist Ned Ayres’ childhood to his 80s, from the days when newspapers— a central focus of the book — were highly profitable to the clean-up-the-balance-sheet days that papers have faced in the present century. Meantime, the book travels from small-town Indiana to Washington, DC, to some especially lyric passages in Granada.

These trips are eloquently executed, the moods evocative, and they form one of the novel’s strengths, its ability to put us in a place, make us feel at home, and be pleased to be there. But the tripping is also a problem. As we drift, and sometimes leap, back and forth in time, the reader must scramble to find clues about the era or year the action is occurring.

The dates are important because newspapering — the art and science and business of putting out a paper — has changed so much in recent decades. We therefore look for clues about which era we’re in. There’s a Remington typewriter on an editor’s desk. But perhaps this is a remnant, we think, a souvenir in more modern times. It’s not until the fourth chapter that we get a solid hook for chronological time: LBJ’s dogs are cavorting on the White House lawn.

Ned Ayres plays an important role in the early chapters — as a child at his uncle’s sick bed, where the old man tells quite wonderful (and clearly apocryphal) stories from World War I, as the lover of two women who both, quite independently, disappear from his life by going abroad, and as the desk editor at his small-town newspaper who observes, somewhat passively, what happens to an upstanding citizen when Ned’s paper uncovers the man’s ugly past.

As the novel progresses, we see less and less of Ned. During the episode of that upstanding haberdasher’s unmasking, for example, Gus, a reporter, and his smarmy source take over center stage for what turn out to be the novel’s most gripping and dramatic scenes.

The chapter that follows is the story of Ned’s publisher, Milo Passarel, and here, too, Ned is only a secondary player. Instead, Milo brings with him a whole new cast of supporting characters. We learn in one sentence that Ned has worked for Milo for 30 years. Who knew?

Yet Milo’s tale is rich and full of feeling. Much of his story takes place at his family’s villa in Spain:

The Passarel villa was nicely situated in the foothills of the high sierra above the Alhambra. In the late afternoon Milo watched the westering sun and the fantastic shadows cast on the Alhambra, the all-but-last stand of the Moors at Granada.

The scenes at this villa make fine reading and they are enhanced if you know that the Alhambra is a magnificent 14th-century castle that glows in the evening light. I had to look it up.

There are five main stories in the book, each identified by a chapter heading. They’re all good, but the sequences do not lead from one to the other. Some readers will find fault with that: no real plot.

And because Ned disappears for long passages, the only thread tying it all together is the characters’ passion for the newspaper world. Several of them discuss and argue the virtues and shortcomings of a good paper. One of Milo’s friends compares a newspaper to music, “the composition of it, harmonies, melody, and rhythm.” Elsewhere, “the look of page one, the geometry of it, its variety and usefulness and subtle beauty, like a fine landscape.”

And later, we see the foretelling of the modern newspaper world:

Susan Griffin thought that when Milo looked at the Alhambra, its graceful lines, its great age and specific mystique, he saw his newspaper at the threshold of a long and certain decline, an artifact for anyone interested in past time, its manners, its morals, its aspirations and discipline, its deceits and its triumphs.

Ward Just keeps most such passages engaging and lively, though even in his capable hands these passages can go on too long and sometimes seem unrelated to the novel’s other events and themes.

I like more plot than this book delivers. Yet I found myself often — at that villa in Spain, or with Ned and Milo sipping Rioja at Milo’s wood-paneled club in DC — captivated by the beautiful language, the sense of place so well described, and feeling at home — at ease in Just’s good hands, a sense of belonging there that made the novel a pleasure to read.