The Day the Sun Died: A Novel

From today’s China, a sardonic fable about social conformity and the impulses it suppresses. 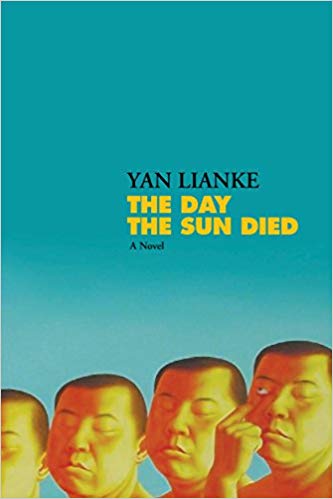 After 17 novels, 60-year-old Yan Lianke is among the most prominent of Chinese authors. A 25-year veteran of the People’s Liberation Army, where he wrote propaganda videos, novelist Yan appears to be sighting via a different compass today.

The setting of his latest, The Day the Sun Died, is a community turned upside-down during a single unusual night. To blame for this upheaval: an unexplained epidemic of compulsive somnambulism that spares no one.

Call Yan Lianke a magical realist with an unsparingly violent bent. Call him a Swiftian satirist taking aim at the regimentation of modern Chinese life. Either way, this dystopian fable has a heart as dark as the fateful night it describes.

Yan’s narrator is 14-year-old Niannian. His parents own a funerary shop, where they fashion paper wreathes and burial shrouds for the newly deceased. The youth is well placed to observe the life-and-death goings-on in town.

In a sardonic tale like this, it’s often the naïve invisibility of the narrator that shoulders the author’s intent. Niannian possesses this endowment in spades: “Everyone calls me Sha Niannian, or literally ‘Stupid Niannian.’”

What Niannian observes in a nightlong ramble is the inexorable spread of “dreamwalking” among his fellow citizens. Seemingly unconscious of their actions but still in command of their physical faculties, the villagers roam in the dark, acting out compulsions ordinarily suppressed when the sun shines.

This is no gentle authorial chiding of social foibles with tolerant affection. It’s a derisive indictment, most likely of the enforced conformity and seething undercurrents of life under the Xi Jinping regime. Or maybe, at one further remove, Yan is satirizing the ideological firestorm of the 1960s-era Cultural Revolution. Or perhaps he’s getting at something bigger and more universally human.

In any event, The Day the Sun Died powers its way along a shockingly brutal trajectory. The voice of the adolescent narrator, understated and straightforward, tends to amplify the stark, blackly comic reverberations of the activities he describes.

What stands out, at least for this reader, is Niannian’s incessant penchant for relating people and events figuratively, often in similes, and frequently at a rate of three or more to the page. In English, some of these tropes come across as sour notes, forced and overdone:

“My mother’s expression resembled not a stone in an old wall, but rather a dirty rag, or an old newspaper.”

“There was the sound of chirping, as though tens of thousands of feet were jogging over the soggy ground.”

“Father muttered to himself as he watched Yang Guangzhu’s shadow go around the wall, as though a log had fallen into a gully.”

It’s a good bet this barrage of similes is intentionally comic, not unlike the boy’s mock-heroic invocations at both ends of his tale: “Hello…spirits…If you’re not busy, then come and listen.”

It could be that Niannian is determined to sound “literary” in homage to another character, his uncle, a hack writer named — wait for it — Yan Lianke.

And Yan Lianke the character is neatly apposite to Niannian’s other uncle, a rapacious crematory owner whose operations yield a grisly byproduct, barrels of “corpse oil” squeezed from the ashes of the dead.

Niannian’s dad — simultaneously a government informer and a good neighbor — hoards this otherwise valuable fuel rather than sell it commercially. His massive cache, accumulated over years, figures grandly in the novel’s climax and in the restoration of proper social order (the destination of most comic fictions).

Back here in the real world, authorities in Beijing seem unappeased by the return of law and order that closes this book and others of Yan’s. They’ve long banned the reprinting of any of his writings.