The Childhood of Jesus: A Novel

A minor dystopia challenges a boy and his guardians. 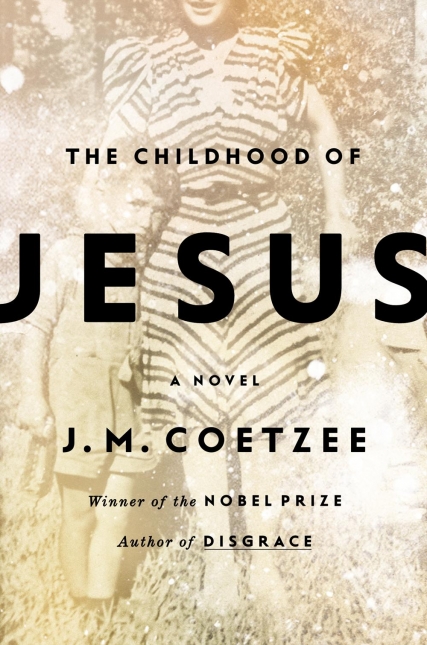 The end, it appears, is once again nigh. As unregulated mega-corporations gradually reduce access to the creature comforts that were, for most of us, the main benefit of capitalism, stories of societies morally depleted by financial or environmental catastrophe have exploded across popular culture in a way not seen since the 1970s oil crisis gave us “Rollerball,” “Death Race 2000,” et al.

They have also reappeared in serious literary fiction, and not just among “experimental” authors centered around Fiction Collective Two and other independent presses, for whom the mix of lit “high” and sci-fi “low” has long been fertile ground. In recent years mainstream literary novels such as Cormac McCarthy’s The Road and Davide Longo’s Last Man Standing have presented readers with dark visions of the future, a lawless and barren place to which we might easily be headed.

The Road, Last Man Standing, and other recent dystopian literary fiction often feature an adult (generally a man) caring for a young person (usually, but not always, a boy). The child serves two important purposes: the first is to represent fragility and innocence, and require of the guardian difficult decisions balancing his charge’s immediate safety with a now-outdated moral code; the other is to offer a canvas on which to see painted the “new” ways, as the developing youth adapts to a world the adult can never really accept.

J. M. Coetzee’s The Childhood of Jesus seemingly imitates the model, but simultaneously undermines it. David, a boy of about 5 years, has been separated from his mother, and a stranger, Simón, takes responsibility for him. Both are refugees in Novilla. Before entering the city they, like all other inhabitants, have been cleansed of their memories and their identities, given new names and new birthdays, a new language — Spanish — and a chance to begin a new life away from some now-forgotten disaster. In Novilla, they will never hear again of the outside world (there are no news media) or be reunited with their pasts, making the search for David’s mother, also “cleansed” before resettlement, a near impossibility.

Science fiction enables writers to create spaces in which contemporary assumptions and tendencies reach their largest possible proportions; in common with historical fiction, it permits authors plausibly to evoke the kind of extreme situations modern civilization is theoretically dedicated to preventing. The unbridled violence of institutions against the individual has been a staple of dystopian fiction since George Orwell’s 1984, and recent examples are, if anything, even bleaker. Coetzee’s Novilla doesn’t fit the pattern, however — at least not openly. Here jobs are plentiful; education and health care are free, as are sporting events. Residents treat one another with a generalized kindness that is at times almost detachment; they term this attitude “goodwill.”

The blandness of goodwill is reflected in other aspects of Novilla life: the dull food, which consists mostly of bread and flavorless soup; the relative uniformity of people’s days. Even the sex is lackluster.

It is in this insipid atmosphere — nothing like the volatile Levant of 2,000 years ago — that Coetzee’s Jesus will have his childhood. David is often described as “exceptional,” and he is at least unusual, if not exactly miraculous. He learns quickly, and when a horse has to be put down at the docks where Simón works he wants (but isn’t allowed) to “breathe” life back into the animal. Simón decides that Inés, a woman they see playing tennis, is David’s mother (his “real” mother, Simón will claim repeatedly) and she indeed becomes his guardian; but Simón’s friend Elena almost as often calls her a “childless” woman. Their combined judgments thus make her both virgin and mother.

Much of the novel follows Simón’s inability to give up his claim to David (not unlike his strange failure to feel completely free of his forgotten past); he grows worried when it becomes clear that Inés has very different ideas about child care and education. In fact, it is the question of David’s education (the authorities want him to attend a special school after he is disruptive in class) that provides what drama occurs in The Childhood of Jesus. Simón and Inés will have to decide whether to accept the standards imposed by society, or break with them and possibly suffer for their obstinacy.

This is the kind of choice parents and others must make all the time, and requires no special circumstances; why, then, create an alternate universe in which to set this low-stakes tale of minor bureaucracy? Why the erased memories, the new names, the non-trials of a bland existence? What does it mean when dystopia just isn’t that bad, and how does it alter an otherwise unexceptional family drama to stage it in a foreign world of unfamiliar constraints? What, finally, has any of this to do with Jesus?

There is a chance that by his setting and title, Coetzee is artificially generating gravitas for a story which in itself is less than weighty, but by its fullness of conception and the sheer strangeness of its juxtapositions, the novel makes these questions unexpectedly engaging. It is in answering them that readers will form their ultimate opinion of The Childhood of Jesus. While the challenge, like the drama, might be on a small scale, it is real enough nonetheless.

Tadzio Koelb is a graduate of the University of East Anglia’s prestigious Master’s program in creative writing. He regularly reviews art and fiction for a number of publications on both sides of the Atlantic, including The New York Times and The Times Literary Supplement. His translation of André Gide’s Paludes is scheduled to appear in 2014.

An expertly crafted, genre-defying YA mystery.