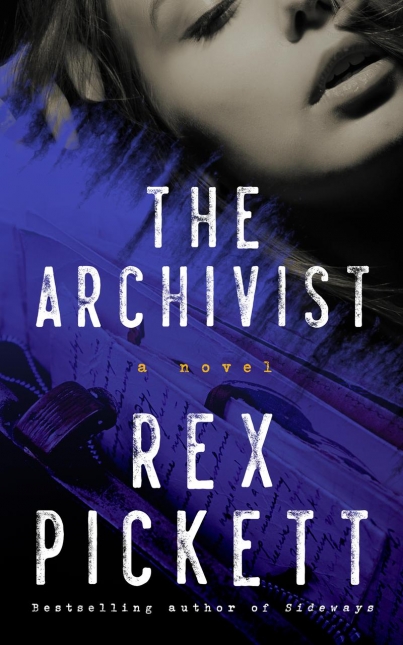 In the academic thriller The Archivist, author Rex Pickett introduces us to the surprisingly exciting world of university special collections and archival maintenance. Pickett, best known for the novel Sideways, which was made into a popular film, has a knack for writing about the disaffected. He’s particularly skilled at presenting his characters’ interior lives, which are frequently at odds with the world around them. As is often the case, such discord can lead to choices that result in great personal harm.

At the center of the story is Emily Snow, a newly hired archivist on the Raymond West collection. She comes seeking an opportunity to quietly make a name for herself professionally. As such, her job and her personality are intertwined. She’s not someone who seeks drama. Unfortunately, sometimes trouble finds you, and when it does, you face a choice: Ignore the red flags or dig in.

Emily is at the university to replace Nadia Fontaine, a young archivist filled with sexual longing, stuck in a passionless marriage, and dreaming of more. She found it in Raymond West. It’s not revealing too much to note that Nadia and Raymond embarked on a tumultuous affair that ruined both their lives. Indeed, the novel opens with Nadia’s obituary.

But what happened to her? Was it suicide? An accidental drowning as originally reported? Or something worse? For Emily, the quest for the truth about her predecessor outweighs her desire to keep her head down.

Also, we have Raymond himself, a driven novelist skilled at combining the intellectual with the physical (he’s portrayed as a Sam Shepard type). Beneath this exterior, however, is a man trapped. His marriage to wealthy Elizabeth, while not loveless, doesn’t provide the fire he seeks. She uses her money to exert power over him, as well as over the university, the library, and the entire city of San Diego. It’s hard for a manly man like Raymond to be stuck in such a bind.

Lastly, we have Helena, the head of special collections, who has made her position into one much more influential than her title might suggest. She has spent decades cultivating Elizabeth, and her goal — a $25 million donation that will transform the library — is finally in sight. Will she stop at anything to achieve it?

As you may gather from the above, these are all characters marked by longing: for love, for power, for recognition. Emily wants career success. Nadia wanted to rekindle the fire in her heart. Raymond wants to be free, whatever that means. These longings are what drive the novel, which, even at 700 pages, is an enjoyable read.

Pickett’s colorful prose and dramatic turns of phrase will keep you engaged as you become drawn into the mystery of Nadia's death. And the descriptions of internecine collegiate squabbling throughout would put Robertson Davies to shame. While each character seems to make a seriously questionable decision at one point or another, you can't help but root for them and hope for the best.

The downside of the book belies its upside. Even as you’re clipping along, you suspect the whole thing could’ve been 200 pages shorter. In fact, given that its plot would make a pretty darn exciting movie, I wonder how much would inevitably need to be cut before it could hit the big screen.

Still, The Archivist is an entertaining if not-so-challenging read. It’s enough to keep you following along without requiring too much headspace. Perhaps such simplicity is what we all need in our lives right now.