The American Health Care Paradox: Why Spending More Is Getting Us Less

Two experts present a nuanced case that we focus too much on symptoms and too little on root causes. 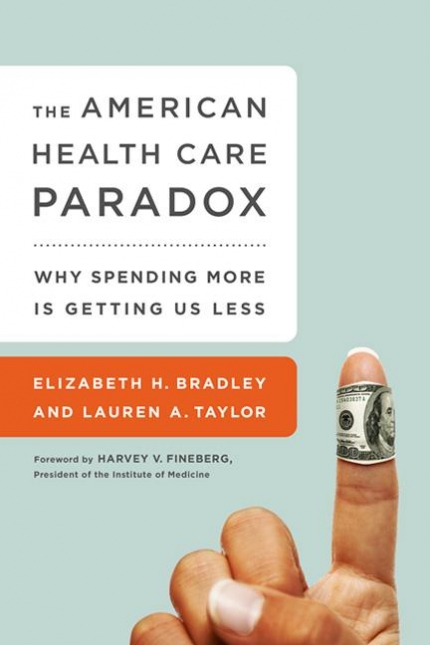 Let’s pretend President Obama made a primetime address last night to the nation about America’s health care problems. “My fellow Americans, I speak to you this evening to offer a proven way to improve our broken system with better care at lower cost. And no, the answer is not expanding Obamacare. Instead, we should look overseas and emulate the model of … the Scandinavians.”

How do you think that would play in Peoria? We’re the land of “freedom fries,” American exceptionalism and the stubborn belief that we have the highest standard of living on Planet Earth. Besides, isn’t Scandinavia full of socialists?

Optimistic politicians celebrating America as the greatest place ever tend to beat those perceived as more Eeyore-esque (see Reagan versus Carter, then Mondale, or Clinton versus Dole). For the record, a 2005 quality-of-life ranking by The Economist pegged the US of A 13th out of 111 countries.

Into that political climate walk two Yale health experts who make a sober, well-reasoned case that, in more ways than one, we focus too much on symptoms and too little on root causes. The American Health Care Paradox also demonstrates that we have a lot to learn from the nations of Scandinavia. For starters, our definition of “health care” needs some work.

Politicians and other talking heads often tout or bemoan the fact that America spends more on health care than any other nation. True, up to a point. But if the calculation includes supporting social services, the U.S. is nowhere near the top. In 2007, America spent about 25 percent of its GDP on both combined. That’s 13th on the list, well below Sweden and Denmark, among others.

The book’s core finding comes down to this: “Spurred by private sector confidence in a growing and profitable health care market, the United States has favored investments in health care over social welfare. According to the [book’s] numbers, this inequality may result in poorer health than might be attained by recalibrating the balance of health and social spending.”

This is not light airplane reading, nor does it pretend to be. The authors make a valiant effort to make the work more engaging by putting a “face” on some representative cases where our current system manages to spend huge amounts of money with a tepid return on investment. Examples abound in emergency rooms, where expanded social services could provide significantly better patient outcomes at significantly lower costs by giving these patients another option than dialing 911 when they are unable to find help.

The book is not a total domestic downer. We get tours of several innovative health care facilities in New York, Connecticut, California and Oregon, where a more holistic approach to patient care appears to be thriving. Some provide onsite physical education services and nutritional tips and support. Some emphasize issues such as ensuring patients get transportation to appointments, job placement for accident victims and safe housing for survivors of domestic abuse.

In a health care system that historically focuses more on symptoms than root causes, change won’t be easy. Even though Obamacare will have “positive effects” by improving access to health care, the authors suggest it “is unlikely to address fundamental causes of the American paradox of high costs and poor outcomes.”

There’s another misunderstood root cause to ponder. The flawed American health care system is not exclusively a problem of the “poor.” Those at greater risk in the system also include relatively isolated people at many income levels who lack supportive family and friends. Without access to adequate professional assistance, such as social workers or community centers, these vulnerable people often call for an ambulance when what they really need is a shoulder to lean on and emotional support.

Those patient stories help humanize the text, but there’s no way around it: this book about a complex problem is a bit of a slog. That’s probably to the authors’ credit. We’ve already suffered from way too much partisan over-simplification in our national health care debate. Democracy is messy. So, too, are nuanced arguments.

The authors freely admit that the Scandinavian system, though bolstered by strong social services, is not perfect. Likewise, the American system is not without important merits. Waiting times are longer in Scandinavia, and that region has not yet faced some of America’s immigration challenges. “Integrating immigrants is something the United States has done better than we have in this country,” a Norwegian diplomat admits. Further, American drug and medical device innovation far surpasses that of Scandinavia.

But can a nation too often convinced it does pretty much everything better than pretty much every other nation admit that it might benefit from outside ideas? Unfortunately that’s a question this valuable book cannot answer.

Michael Causey is a health care blogger at AssurX and the former editorial director at FDAnews.