Older and wiser, Arkady Renko investigates the links between a mysterious meeting and a crusading journalist's death. 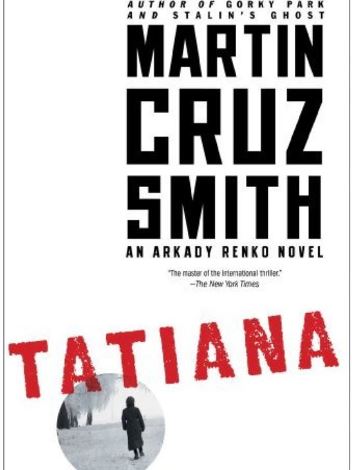 Both Martin Cruz Smith and his detective hero Arkady Renko have grown older and wiser and mellower since they burst onto the literary scene with the 1981 thriller Gorky Park. Renko, who started his career as a rebellious militia investigator in the Soviet Union, is now a rueful detective in Vladimir Putin’s corrupt and Mafia-ridden Moscow.

Renko reflects on this while pursuing his new case. “Whenever Arkady visited the university, he could not help but measure his progress in life against the precocious student he had been. What promise! A golden youth, son of an infamous general, he had floated easily to the top. By now, he should have been a deputy minister or, at the very least, a prosecutor, ruler of his own precinct and feasting at the public trough. Somehow, he had wandered. … Instead of bending, he pushed back, and so guaranteed his descent from early promise to pariah.”

While the first Renko novel started with the shocking discovery of three corpses in the snow, their faces and fingertips removed to prevent identification, this new case begins with the more sedate demise of a crusading journalist, the Tatiana of the title, who plunges to her death from the balcony of her apartment. Renko’s superiors don’t even want to consider the case a homicide, but the detective is convinced, after listening to tapes found in her apartment, that Tatiana’s murder is linked to an interpreter’s notebook she had acquired documenting a mysterious meeting in Kaliningrad.

It is the notebook that is the thread tying Tatiana’s fate with two other murders — that of the interpreter, whom we see briefly in the arresting prologue, and a gangster we meet as he is being lowered into his grave. Solving the mystery of Tatiana’s death, deepened further by the disappearance of her body from the morgue, involves sorting through the mixed motives of an over-the-hill poet of some renown who was her former lover and of Renko’s own neighbor and sometime lover, an ambitious journalist herself. Renko’s ward, a chess prodigy searching for direction in life, gets into the mix as he tries to decipher the interpreter’s symbolic shorthand and find out why this meeting in Kaliningrad has led to so many deaths.

The case takes Renko to Kaliningrad and some skullduggery, shootings and chases over dark beaches there. It is in all a satisfying romp through settings rendered exotic by their very remoteness. Smith’s prose, always compelling, has become even more deft and incisive over the years. Even his casual observations carry some bite, as when Renko comes across his neighbor Anya together in a bar with the son of the late gangster and joins them for a drink: “They drank, listened to the thunder and poured some more, as if they were old friends gathering before a storm.”

A younger, brasher Renko might have turned this encounter into a confrontation, but this mellower version politely excuses himself to leave the two alone. He worries about Anya’s motives and intentions, but doesn’t judge her and lets it go. When his investigations in Kaliningrad offer another opportunity for romance, Renko falls into it without any great expectations, though there are hints this relationship will offer greater fulfillment.

All that said, this latest installment in the saga of Arkady Renko, while masterful, is a bit thin. It is relatively short — in spite of the publisher’s best efforts to puff it up to nearly 300 pages with a generous font and leading. The descriptions, while often evocative, are sometimes too skimpy. With the exception of the beaches outside Kaliningrad, we actually see little of anything, so that the Russian setting is more of a mood than a place.

Kaliningrad, for instance, is a great backdrop for a murder mystery. This geographic anomaly, a Russian exclave squeezed in between Poland and Lithuania, was historically the German Königsberg, a jewel of the Baltic famous as the home of the philosopher Immanuel Kant. It was leveled during the war and rebuilt by Stalin in an unrelenting Communist aesthetic. Smith tells us repeatedly how ugly it is (and it is, I’ve been there), but once Renko finally reaches the city, the author never really shows it to us. He takes Renko to the Monster — the massive, unfinished party headquarters that stands as a monument to the folly of Stalinism — but it is dark and we don’t really see it.

Smith, who daringly pioneered this mix of mystery and thriller in dark and foreign landscapes with Gorky Park, has in a way been overtaken by writers following in his footsteps. Alan Furst has perfected the moody and atmospheric tales of moral ambivalence, while Nordic writers such as Jo Nesbø and Arnaldur Indriðason take us now to the frozen north and hidden corpses. The stench of post-Soviet corruption comes through more strongly in books like A.D. Miller’s Snowdrops.

In any case, Smith’s fans will welcome his latest novel and new readers can find plenty to divert them. To fully appreciate the world sketched in Tatiana, however, those unacquainted with Arkady Renko might want to go first to one of the earlier books in the series, to Gorky Park or Polar Star or any of the other novels in the long and consistent saga of an individual trying to preserve his integrity in an endemically corrupt society.

Darrell Delamaide, a journalist and writer in Washington, DC, is the author of four books, including the historical thriller The Grand Mirage.