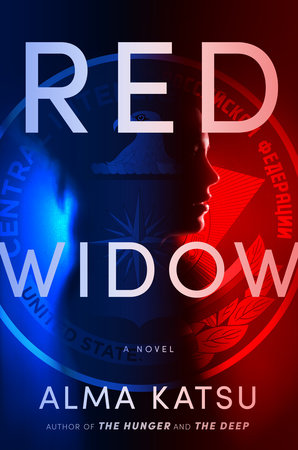 In Red Widow, Alma Katsu, an accomplished spinner of creepy supernatural thrillers, sets aside the spectral torments of her earlier novels to give us a vivid spy story with a twist. The author has reason to know the realm of spies and tradecraft well: She spent 35 years as a senior intelligence analyst at the CIA and NSA, among other organizations.

Our interest in this quest never flags. In depicting it, Katsu portrays the workaday realities of the spy game at the CIA with singular skill: its organization, its operational practices, and, most tellingly, its internecine jealousies, petty personal rivalries, and dog-eat-dog grudges.

Beyond these revealing jaunts into intra-agency culture, Red Widow abounds in vivid action scenes and riveting cloak-and-dagger moments. Some are violent, while others smolder with chilling menace, even when recalled in flashback. But they all serve as gripping backdrops to the central spine of the investigation undertaken by Katsu’s protagonist, who — in a refreshing departure from the standard spy-fiction model — is a woman.

At the outset, field agent Lyndsey Duncan has been recalled to Langley. Why? She had a clandestine romantic relationship with a British MI6 operative while on station in Lebanon. This flavor of dalliance, frowned on in the agency’s male-dominated hierarchy, has Lyndsey back at HQ, deskbound and awaiting a decision on her future. It’s pretty serious.

But a seemingly fateful occurrence intervenes: A Russian double agent Lyndsey once managed dies mysteriously on a midnight flight into JFK. The post-mortem reveals the cause: a poison close in composition to Novichok, Moscow Station’s signature weapon of choice for eliminating enemies. And the double agent seems to have flown stateside to seek Lyndsey out, but for reasons unknown.

This is a marvelously crafted setup. Lyndsey, her romantic “indiscretion” put aside for the moment, is tasked with investigating the death of her former asset, along with discovering the identity of the mole, who the powers assume is responsible for this betrayal as well.

Which brings us to the titular Red Widow, whose point of view occasionally takes control of the narrative. The widow is Theresa Warner, an embittered analyst still with the CIA whose husband was presumed killed on a covert mission in Russia.

Lyndsey’s investigation leads straight to Theresa as the traitor. Problem is, the hunter and the hunted have become friends. And Theresa’s actions, at least in part, seem justified by the agency’s handling of the true outcome of her husband’s mission.

Katsu shares the conflicted widow’s thoughts after her grim decision to contact the Russians:

“Every minute of Theresa’s day, it seemed, was an exercise in anger management. Seemingly every minute at work, she had to keep from breaking out in a screaming rage. Snapping at the neighbors or her mother on the phone, keep from bursting into tears in front of her son. (Tears were saved for evening, after she’d gone to bed and had closed the door on the world.)”

Theresa may be a traitor, but she’s not a cold and calculating one. And she’s a mother to boot — in an emotional state calculated by Katsu to ring true to real-life experience, to fasten hard on the sympathy of the reader. Can you feel the genre boundaries begin to shift?

And shift they do. Two-thirds of the way through, Red Widow mutates into a tale steeped in empathetic woman-to-woman bonding and a quest to reverse institutional injustice. Even the FBI squad leader who manages the takedown of the real culprit is a woman fully on board with the mission’s intent. It’s women who set things right all the way, and the female CIA executive who supplants one of the bad guys offers Lyndsey a winking assurance that she will loosen the reins on Lyndsey’s MI6 romance.

This is a book crafted for marketplace success, awaiting a following it grandly deserves. It offers a thrilling spy hunt, an atmospheric recreation of CIA operations and culture, and a gentle shift into an upbeat tale anybody can get behind. And there are enough skillfully placed loose ends to promise a dandy sequel.