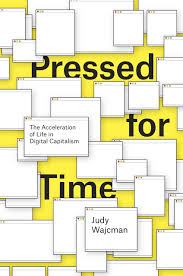 Judy Wajcman wants to put technology in its place. Major technological revolutions — and the past two centuries can be thought of as one long technological revolution — have always been hailed as either the first dawn of our redemption or our first, uncertain step toward Hell. The digital age has been no different. Wajcman, a well-known sociologist at the London School of Economics and Political Science, pays respectful attention to both the boosters and the naysayers of the digital dispensation. Nevertheless, she will have none of it.

It is not that Wajcman does not find plenty to praise and blame in our brave new digital world. Rather, she wants to free her readers from the one-dimensional approach she calls “technological determinism” — the belief that the technology itself dictates how we use it. It doesn’t. Technology does not descend from the heavens or invade society from the outside. It is a social product and a social construction. We make it from what we have and make of it what we will.

Because Wajcman is concerned with the way we experience technology, she focuses on our changing sense of time in the face of technology (i.e., on the actual lives we live in our new, digital age). Pressed for Time is most concerned with an interesting and much-noted paradox: If our computers, smartphones, Fitbits, and apps are supposed to make us faster and more efficient, why do we feel so behindhand and so harried? Why do we feel we have so little “temporal sovereignty,” so little control of our time?

Almost 100 years ago, John Maynard Keynes speculated that by the turn of the 21st century, automation and improved productivity would mean that we in the developed nations would be able to produce all that we needed (and then some) in only three hours of labor a day. With our increased efficiency, we would then achieve a utopia of leisure. (Of course, Keynes was not alone in such a belief — these predictions continued well into the 1960s.)

So what happened? The apparent paradox is only that — apparent — and shows the limits of technological determinism. As Wajcman demonstrates, the reason for the time-crunch conundrum is both sociological and historical.

In the end, automation might make labor easier, but it also leads to higher standards and different expectations. Take the washing machine. It made cleaning each batch of clothes less laborious, but the number of clothes that needed to be cleaned did not remain static. People’s standards of cleanliness rose, so, instead of doing one load a week, Mom found herself doing three or four loads. (Even today, although men are doing more of the unpaid labor of housework, women still handle most of the laundry.)

Wajcman notes also that automobiles promised to make the trip to work faster. But instead of staying close to the office or the city, people moved farther out. They used the increased efficiency their car seemed to afford — at the start, at least, before traffic jams — and traded what would have been a shorter drive they for the other goods (larger house, suburban schools) they preferred. In other words, they redefined their goals.

New goals and rising standards might explain why we don’t live in a utopia of leisure, but they do not explain why we feel so rushed. For the answer to this, Wajcman suggests we look not to technology, but to our lives. Most of us — most of the readers of this review, at any rate — live in a world in which all the adults in the household hold paying jobs. This, along with more strenuous ideals of parenting and a less orderly work regime, means our lives are less routinized. As a result, we engage in complicated logistical coordination.

It is not that we have less time. Due to changing expectations about work and child-rearing, our time is more disorganized and our sense of what must get done is more intense. To make matters worse, much of the burden of this coordination falls on women, who still do most of the daily, unpaid work of household maintenance and solo caregiving. Not surprisingly, while men might feel more harried than they once did, women are probably more harried than men.

Because cellphones makes the ad hoc coordination of daily life easier, Wajcman claims the cellphone is the unexpected hero of this life. It allows us to maintain our intimate contacts in all sorts of situations that would have been unheard of a generation ago. (You can check on your aged mother while walking the dog or catch up with your friends while doing your shopping.)

Cellphones also allow you to smuggle your personal life into your workplace. Wajcman points out that out that almost 80% of cellphone use (including texting) is not work related, even in the office. And if your boss doesn’t like you taking personal calls at work, you can always email. So while it is true that the demands of instant response and constant connectivity compel you to read your work email on your BlackBerry at home, it is also true that your personal email gets written at work. The colonization of our home life by work is certainly a feature of our age. Wajcman argues, though, that the creeping colonization of work by our home life is an equally important, but less noted, aspect of our time.

Wajcman is no Pollyanna, and my account of her book should by no means be taken as a full-throated defense of the state of work and leisure in this new millennium. But she makes a convincing case that the digital world is more complex than either its defenders or its detractors might claim. The distribution of discretionary time might be unequal — women and poorer folks have less — but computers do not cause this situation. They only exacerbate it.

More importantly, Wajcman wants to show us that our goals and definitions of efficiency come down to our choices and not to the machines we use. Furthermore, she argues there is no reason for us to accept the technology we are given. We can always change our demands. We can define an efficient computer as one that can be repaired easily or upgraded cheaply. We do not have to buy into the idea that the best computer is one that is superfast but has to be replaced expensively every few years. In short, our priorities can be — should be — our own.

That is the greatest strength and the greatest weakness of Wajcman’s smart little book. She wants to remind us that our sense of being stressed about time is complex, social, and historical. In so doing, she wants to remind of us of our agency. But at the same time, she might want to give greater weight to our feeling of passivity, of being too pressed for time. Technological determinism might result from what quaintly used to be called “false consciousness,” but it is my lived experience of the computer that is measuring my productivity or of the Fitbit that is recording my heart rate.

The problem might come down to this: Where is this “we” that can change the terms by which we gauge efficiency or by which we define our goals? Pressed for Time shows us that collectively we can do these things, but it does not tell us how we might successfully do them or how we might even begin to try. It is perhaps too much to ask the book to do all that. But in the end, that is task that Pressed for Time asks us to do, if we are to put digital technology in its proper place.