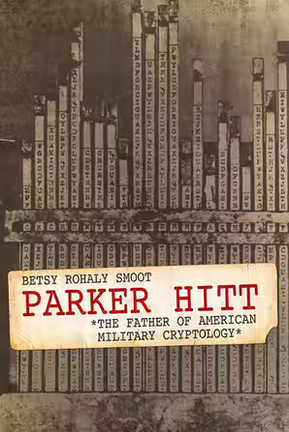 Here’s a book I feel at home with. It’s about a cryptologist, was written by a cryptologist, and is being reviewed by a cryptologist. Both author Betsy Rohaly Smoot and I are retired employees of the National Security Agency (NSA). I was professionalized in multiple disciplines in signals intelligence, which qualified me for the honored title of cryptologist. Smoot, presumably also a cryptologist, worked at the NSA’s Center for Cryptologic History before retiring in 2017.

For readers not familiar with the subject matter, cryptology is defined by Merriam-Webster as “the scientific study of cryptography and cryptanalysis”; in other words, the making and breaking of cipher systems used to conceal the content of messages. To be called a cryptologist in the U.S. government, one must be professionalized (meet minimum training, educational, and experiential standards) in multiple cryptologic disciplines, such as cryptanalysis, traffic analysis, intelligence analysis, and foreign language.

Smoot’s Parker Hitt also feels like home base to me because of the similarity between Hitt’s career — which peaked during World War I — and mine, which started with the Vietnam War and ended in the 1990s. We both worked on battlefield front lines and avoided attention because our work required secrecy to be successful.

That said, Parker Hitt deals only in passing with actual signals intelligence and cipher because techniques and methods in those fields are highly classified. Instead, the book tells us the details of Hitt’s life. And it was quite a life.

Hitt’s family history includes laudatory service to the United States going back to the 1840s. An Army enlisted man and later an officer, Hitt served selflessly and often secretly. He was an exceptional man in many respects: six-foot-five, handsome, and fit. He saw himself as first and foremost an infantry officer, but he was a natural innovator, too, and the Army provided him with opportunities to build a technical skillset that included expertise in bridges, engines, telephones, and the newly invented machine gun. (In 1916, he taught military students the fine points of the Benét-Mercié, Lewis, and Vickers-Maxim machine guns.)

Sometimes by sheer chance, sometimes by design, Hitt was involved in a good many historical incidents. When the great earthquake devastated San Francisco in 1906, he was on duty at Point Bonita on Angel Island in San Francisco Bay. During the Great War, he was on the front lines in France. He stayed in the Army until his retirement in 1928, and then returned to active duty in 1940 as World War II began.

Like so many of us in cryptology, Hitt was also a musician; he played the banjo. He was an avid hunter, a voracious reader, and a ladies’ man par excellence. And he was (again, like me) multilingual. Tagalog, one of the languages of the Philippines, was among Hitt’s languages because he served there early in his career.

It wasn’t until WWI that the military value of signals intelligence was proven. The Saint-Mihiel offensive, fought from September 12-15, 1918, involved the American Expeditionary Forces and 110,000 French troops under the command of General John J. Pershing. “Radio intelligence,” what we now call signals intelligence, was crucial to the allied victory. Hitt was there and saw it happen.

But even after that battle, Hitt had difficulty getting leadership to use codes and ciphers. The failure of the U.S. Army to train its officers in the value of both signals security (the use of encipherment and other techniques to hamper enemy exploitation of friendly communications) and signals intelligence was still a problem during my career and lasted until the end of the 20th century. For a variety of reasons — and to its credit — the U.S. Marine Corps, during my years on the battlefield, never suffered from this debility.

Similarities between my career and Hitt’s are legion. His name, like mine, is rarely mentioned in histories because our work was clandestine, and we both went out of our way to stay hidden. Nor was Hitt promoted to general officer, even though he spent more time than most in Europe during World War I, from May 1917 to July 1919. I was more fortunate in my career, reaching the civilian equivalent of lieutenant general before retiring to become a fulltime author.

Parker Hitt is filled with names familiar to me but unknown to the general public. Men like Frank Rowlett, Herbert Yardley, and William Friedman, who established signals intelligence as one of the most valuable information sources on foreign governments, are mentioned throughout the text, as are places like Vint Hill Farms and Arlington Station, sites of work I once knew.

I admit I was disappointed that Parker Hitt provided so little data on ciphers and cryptanalysis, but again, that’s no fault of the author. Those subjects remain classified. Betsy Rohaly Smoot’s book is valuable instead for its detailed and rigorous research on the life of a truly remarkable man.

Tom Glenn now has six books and 17 short stories in print. Much of his writing is drawn from his years assisting U.S. forces in combat with signals intelligence, first in Vietnam, and later in other places that are still classified. Although a civilian throughout, he often operated under cover as a member of the military unit he was supporting.

This well-researched, sobering chronicle "is a necessary and admirable achievement."

The Everything Store: Jeff Bezos and the Age of Amazon

How Amazon's founder grew his tiny startup into an online behemoth.