This lyrical debut speaks to the universality — and complexity — of love in its many forms. 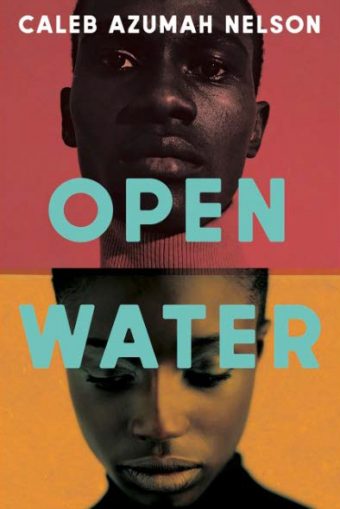 A refreshingly poetic ode to Black love, Caleb Azumah Nelson’s debut novel, Open Water, follows the relationship of two young British artists who meet by happenstance, or perhaps fate, and traces their intricate journey as they navigate what it means to find the right person at the wrong time.

Nelson’s bold writing style — which includes leaving his main characters unnamed and using intimate, second-person narration — allows the reader to step directly into the story, embracing the familiarity of love rather than hiding from it. Although the plot is composed of a series of specific events, from not catching someone’s name at a party to taking late-night strolls to Shake Shack, the tale is universal. A love story is a love story, and Nelson deliberately plays into this strange phenomenon we call human connection:

“Last time we met, you said you were a photographer,” she says.
“No, someone told you I was a photographer, and I squirmed at the idea,” you say.
“Why?”
“You did the same when your dancing was brought up?”
“You didn’t answer my question.”
“I dunno,” you say. “But yeah. I take photographs.” On the other side of the window, Piccadilly bustles. A man swells his bagpipes, the sound drifting up towards you. Friday evening and the city is bordering on frenzy, unsure of what to do with itself.

From its opening lines, the novel’s casual construction is apparent. It reads like a story being told by an old friend, so much so that by its closing paragraphs, you can’t help but feel emotionally drained, as if you’ve experienced love and loss alongside the characters.

Still, this book isn’t perfect. But neither is love. Neither is life. While its lyrical nature is one of its most appealing aspects, the narrative sometimes becomes too reliant on obscurity at the expense of clarity and brevity. In moments as tender as the physical joining of two bodies, the intimacy should speak for itself; flowery metaphors only cloud the beauty. Yet even with the author’s word choice booming like a yell when I, at least at times, would’ve appreciated a whisper, I understand. Love is exciting. It makes me want to yell, too.

And then there’s the music, which courses through the novel from page one. The author does this not simply by including song lyrics — that would be too obvious — but by connecting the beauty of love with the beauty of music, an artform as universal as love itself. The seamless but consistent integration of music is so foundational here that it’s necessary to mention the soundtrack.

Nelson’s musical choices ring authentic. He doesn’t rely on the same overused love songs. In fact, he barely relies on songs explicitly about love at all. Instead, he lets the music speak for itself, such as by opening the novel with a quote from Earl Sweatshirt and, later, having his protagonists sing their hearts out to Isaiah Rashad. (Even those not hip to the underground hip-hop scene will be able to follow the author’s references — an impressive feat.)

Open Water isn’t merely the story of two young Londoners. It’s everyone’s story. Yes, physical attraction plays a part, but it’s about so much more than that. “You came here to speak of what it means to love your best friend. Ask: if flexing is being able to say the most in the fewest number of words, is there a greater flex than love? Nowhere to hide, nowhere to go. A direct gaze.”

This may not look like the love stories of my grandmother’s time, but it’s just as relatable. It’s about familial love. Friendly love. The kind of love that feels good and the kind that hurts. Caleb Azumah Nelson has taken many risks in this promising first project, and most of them pay off.