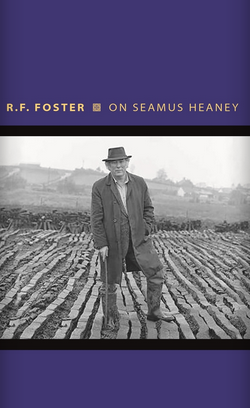 In 1878, John Morley launched the celebrated series English Men of Letters. As Morley’s publisher Alexander Macmillan had noted, each book would be “a sort of Essay — biographical and critical,” written by and about literary figures of consequence.

The series, as Ira Nadel has pointed out, was designed to portray writers as “representative men, representative of great social, historical or philosophical forces.”

About a decade ago, Princeton University Press revivified the basic concept behind English Men of Letters with Writers on Writers, “a series of brief, personal, and creative books in which leading contemporary writers take the measure of other important writers…who have inspired, influenced, fascinated, or troubled them in significant ways.”

Princeton’s series shifts Macmillan’s Victorian universalism toward contemporary personalism: “These books illuminate the complex and sometimes fraught relationships between writers, while also revealing the close ties between creative and critical writing.” It does not preclude, however, authors placing their subjects in their public and political contexts or treating them as representative of those contexts.

R.F. Foster introduces the eighth book in Writers on Writers, his brief and very fine study, On Seamus Heaney, as “no more a work of exhaustive literary criticism than it is a comprehensive biography.” The book represents, in fact, an insightful work on a major poet (and critic) by a distinguished and prolific historian and biographer “to whom Heaney’s poetry has spoken in a direct and forceful way since his early books.”

While closely attuned to Heaney’s evolving poetics and its implicit influence on Foster, On Seamus Heaney, not surprisingly given its subject and author, consistently and very capably places Heaney’s work in its historical and biographical contexts, particularly “the Troubles” that inflamed Northern Ireland from the 1960s through 1990s and their effects on the poet. Heaney, in this way, becomes one of Morley’s “representative men.”

Foster clearly has gone to school with Heaney’s own brand of literary criticism. Describing an early critical project, for example, Foster observes that Heaney’s “approach stresses the need to explore a poem’s nature rather than simply evaluate it in terms of practical criticism, to address process rather than product, to intuit the direction of the poet’s mind, and to map the hinterland behind a finished work.” He takes the same approach.

When Foster describes Heaney’s important essay of 1980 on his precursor Yeats, indeed, he reveals even more closely his own approach to Heaney:

“While the perfection of the work is given its full due, Heaney also considers the life as it is lived, and the closeness with which the process is woven into Yeats’ developing art. Though…unfashionable…at the time, it has lasted far better than the fashionable dictates of the 1970s and 1980s.”

Heaney, of course, was far more influential a poet than a critic. Born in Northern Ireland in 1939, he settled in Sandymount, Dublin, in the South, in the 1970s and became increasingly peripatetic as his critical accolades accumulated and his public acclaim grew. He shuttled for years, for example, between Ireland and the United States. In 1975, Robert Lowell famously declared Heaney “the best Irish poet since Yeats,” and, in 1995, the Swedish Academy awarded him the Nobel Prize for Literature. Heaney died in 2013.

Unfolding Heaney’s life chronologically and addressing his works within that chronology, Foster tends to center each of his eight chapters on one seminal collection of poetry: Death of a Naturalist (1966), for example, that helped focus Heaney’s emerging “public profile”; or North (1975), that established him, at least in the United States, as Yeats’ successor; or Station Island (1984), “his longest — and possibly most substantial — collection yet.”

Foster carries these readings, whether central or peripheral, through District and Circle (2006), whose publication, 40 years after Death of a Naturalist, coincided with Heaney’s “suffering a stroke at the age of sixty-six,” and to Human Chain (2010), his final collection. Along the way, Foster also touches deftly on signal items such as Heaney’s trenchant Nobel Prize address, “Crediting Poetry,” and his translation of Beowulf (1999).

Foster has an excellent feel for the forms and themes of Heaney’s poetry. He also quotes individual poems not only with a frequency necessary to illustrate his points, but also with a fullness necessary to accord the poems their proper due. While he often cites textual issues, moreover, such as variances in manuscript drafts, he avoids a level of scholarly detailing that would be out of place in a general essay.

Two motifs, finally, link Foster’s readings and unify his essay, one involving the nexus of poetry, private mission, and public history, and the other Heaney’s sustained “contract” with his readership.

First, Heaney said in relation to North, “I found the whole question of what was the status of art within my own life and what is an artist to do in a political situation very urgent matters.” As Foster glosses this lifelong urgency, Heaney’s:

“[P]ublic prominence set up a tension with his bedrock belief that the poet’s vocation entailed an absolute need for privacy and independence…[Heaney sought] a balance between this and the obligation [citing Heaney] to ‘be faithful to the collective historical experience.’”

Second, beginning with Death of a Naturalist, Heaney also forged a lifelong “contract” with his readership through his poems, bringing “his readers into his autobiography, allowing them to chart his own development towards the poet they know (or think they know),” a contract “based not only on their affection for him as a poet but on a belief that he recorded something shared and essential, and that they knew that he could be trusted.”

On Seamus Heaney, in the end, testifies to the great value that Princeton has brought to the literary conversation in reviving the idea behind Macmillan’s English Men of Letters (extending it, of course, to Women of Letters). Whether Phillip Lopate on Susan Sontag, or C.K. Williams on Walt Whitman, or Foster on Heaney, these elegant essays represent worthy counterparts to differently worthy doorstopper biographies and critical tomes.