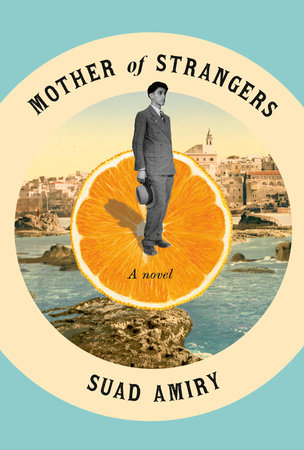 Mother of Strangers, Suad Amiry’s debut novel, attempts the ambitious challenge of fictionalizing events in Jaffa, Palestine, during the period of 1947 to 1951, during which the British Mandate ends and destruction, death, and displacement escalate.

The author brings much relevant personal and professional experience to her subject matter. An architect as well as a writer, her prior accomplishments include award-winning works of nonfiction and memoir, and the Aga Khan Award for Architecture. In addition, she founded and directs Riwaq, an organization dedicated to the restoration and protection of the architectural heritage of Palestine.

Amiry also served from 1991-1993 as a member of a Palestinian peace delegation in Washington, DC, and continues to be active in peace initiatives between Palestinian and Israeli women. Despite her rich background, however, Mother of Strangers is a flawed and disappointing work of fiction.

Having said that, certain of its elements are strong, chief among them the use of setting. Jaffa is rendered with an architect’s eye for detail and a cultural historian’s understanding of the economy and population of distinctive neighborhoods. Over the course of the novel, Amiry takes the reader on a cumulative “visual journey” (as a character says) through the port city, contrasting “the richest parts…the city’s most lavish villas and…lush gardens” with the poor “outskirts neighborhoods…in the north…on the borders of Jewish settlements.” This visual journey provides a virtual guided tour of a lost place, culture, and time.

But among the story’s significant shortcomings is its development of character, albeit with exceptions like the primary protagonist, 15-year-old Subhi. He is a merchant’s son, a gifted mechanic, and is in love with Shams, a peasant girl he yearns to marry. Aside from him, most of the main characters, and almost all the secondary ones, are insubstantial outlines pasted onto historical events and issues.

Such superficial character development requires the author, for clarification purposes, to provide disconcerting explanatory tags, as here, when Subhi’s father “appeared with the terrible news. Jamal, Subhi’s older brother, had been killed in the battle over il Manshiyye.” At the very least, the reader should have known who Jamal was without the author’s intervention.

Subhi does come through as a genuine young man, but his voice and the accompanying narrative suffer from an oversimplified tone, as though his story, while exemplifying the anguish and suffering of the Palestinian people, is intended for a YA audience.

Often, the author adopts an intrusive, didactic voice in extended passages of omniscient narration. While informative, these lengthy digressions aren’t integrated into the plot. Instead, they upstage and overbalance the story’s trajectory. Thus, rather than an illuminating, illustrative tale, Mother of Strangers becomes an uneasy combination of fiction, historical interpretation, and instruction.

Equally problematic is the book’s brevity and compression. The rapid, at times scattershot, pace moves too quickly from episode to episode, vignette to vignette. Although this may be Amiry’s attempt to make her prose reflect the chaotic times being depicted, it diminishes the novel.

A composite technical approach — combining factual synopsis, authorial asides, and flashbacks and flashforwards — can be employed effectively in historical fiction. But here, the narrative feels rushed, leaving the epic events in Mother of Strangers truncated and abbreviated to the point of disjunction.

Despite these failings, the story finally — tardily — takes hold in the closing chapters. Shams, the peasant girl, becomes the point-of-view narrator and at last rewards the persistent reader with the most moving portion of the book: its unexpected ending, which reveals the meaning behind the novel’s title. The surprising outcome of Shams’ story provides a nuanced conclusion to previously oversimplified events, bringing the obscured narrative arc to an appropriately ambiguous, cautiously redemptive climax.

At the end, readers learn that Mother of Strangers was inspired by the author’s encounter with the real-life Shams, now an elderly woman. Immediately, Amiry “knew I had a treasure in my hands.” Indeed, she did. Perhaps if she’d made Shams her focus, she would’ve achieved a more satisfying work. Nevertheless, for all its imperfections, this novel invites readers to consider the human cost of the ongoing, tragic conflict in the Middle East. As always, the past is not past.

At loose ends, a gay Arab Jew seeks, well, something in Brooklyn.